Trial begins against Turkish employee of US Consulate

ISTANBUL (AP) — A Turkish employee of the U.S. Consulate in Istanbul appeared in court Tuesday charged with espionage and attempting to overthrow the Turkish government in a case that further frayed ties between the two NATO allies.

The trial against Metin Topuz, a translator and assistant for the Drug Enforcement Agency at the consulate, opened in Istanbul nearly a year and a half after his arrest in October 2017. He has been held in pre-trial detention since then.

Topuz is accused of links to U.S.-based Turkish cleric Fethullah Gulen, who the Turkish government blames for the 2016 coup attempt, and faces a life sentence if convicted.

“I never betrayed my country or my nation as it’s been claimed,” a weeping Topuz said in court. “The charges against me are humiliating for me and my family. I am innocent.”

The 59-year-old Turkish national told the court he had “never had any relations with the treacherous group,” referring to Gulen’s network, which Turkey considers a terror group.

Topuz’s arrest led to the suspension of bilateral visa services between the U.S. and Turkey for more than two months in 2017 and is one of several contentious issues that have increased tensions between Ankara and Washington.

In the 78-page indictment, Topuz is accused of links to police officers and a prosecutor who led a 2013 corruption investigation that implicated top Turkish officials.

The Turkish government accuses those officers of links to Gulen and of attempting a “judicial coup” through the investigation. Among the 30 complainants against Topuz are Turkish President Recep Tayyip Erdogan and former ministers.

“During my 25 years of work with the DEA, I have met many police officers and public officials, exchanging numbers and business cards,” Topuz said in his trial testimony.

Topuz began working at the consulate in 1982 as a switchboard operator and was promoted to work as an investigative assistant and translator to the DEA’s American personnel in Turkey a decade later.

He explained to the three-judge panel that his work for the DEA involved contacts with Turkish security forces, especially narcotic officers, in drug-related investigations and informational exchanges on combatting drug use. Topuz said he was also involved in security preparations during visits by U.S. presidents.

Topuz argued that the prosecutor only took into account contacts he had with officers allegedly linked to Gulen and ignored conversations he had with hundreds of other officers.

Topuz said he communicated for work with public employees of the Turkish state and cannot be expected to know or identify officers with alleged links to Gulen.

“I would never have thought I’d be blamed for my translation work,” he said.

Topuz called witness statements against him “imaginary, baseless and slanderous.”

Speaking to journalists before the trial, Topuz’s lawyer, Halit Akalp, said the defense team would request his release.

“Our expectation is Mr. Topuz’s release,” the lawyer said.

Once an ally, the Turkish government declared Gulen and his network a terror group in 2014 following the anti-corruption investigations. Tens of thousands of police officers have been dismissed and many were arrested for alleged links.

Turkey is demanding that the U.S. extradite Gulen, who lives in the Pocono mountains in Pennsylvania.

Diplomatic relations crumbled last summer and precipitated a fall of the Turkish national currency over the detention of an American pastor. Erdogan had previously suggested that Turkey would release Pastor Andrew Brunson in exchange for Gulen.

Brunson was convicted of terror links but allowed to go home to the U.S. in October, removing a major irritant in fraught ties.

A top U.S. official in February said the diplomatic mission’s “single most important priority” was securing the freedom of “our unjustly detained employees.”

Mete Canturk, another Turkish employee of the consulate, is under house arrest in a related investigation. Hamza Ulucay, a Turkish translator of the U.S. mission in southern Adana province was convicted of terror-related charges earlier this year but released from prison.

U.S. diplomats, including Charge d’Affaires Jeffrey Hovenier and Istanbul Consul General Jennifer Davis, were attending the three-day hearing, which is expected to continue until Thursday.

“I want my freedom, my happiness,” Topuz said. 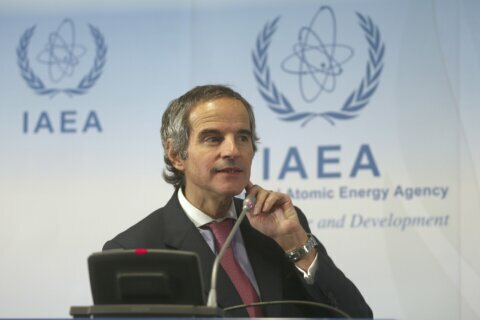 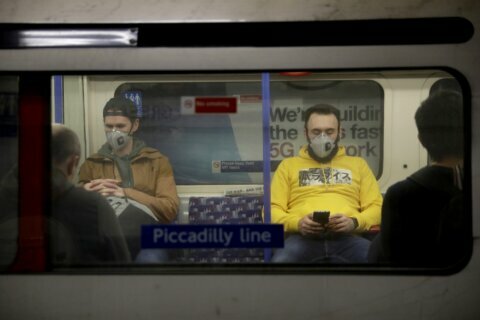 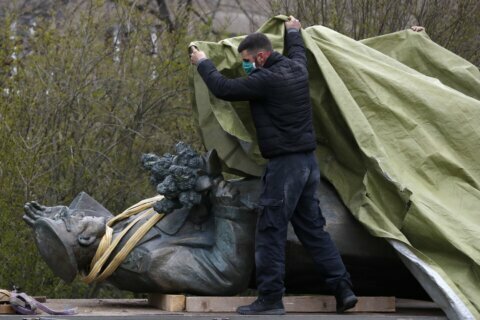 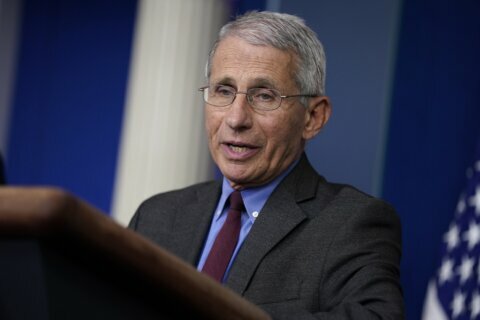