Celebrity birthdays for the week of Dec. 25-31

Celebrity birthdays for the week of Dec. 25-31:

Dec. 26: Singer Abdul “Duke” Fakir of The Four Tops is 87. “America’s Most Wanted” host John Walsh is 77. Keyboardist Bob Carpenter with The Nitty Gritty Dirt Band is 76. Bassist George Porter Junior of The Meters is 75. Humorist David Sedaris is 66. Drummer James Kottak of Scorpions is 60. Drummer Brian Westrum of Sons of the Desert is 60. Drummer Lars Ulrich of Metallica is 59. Country singer Audrey Wiggins is 55. Guitarist J (White Zombie) is 55. Guitarist Peter Klett of Candlebox is 54. Singer James Mercer of The Shins is 52. Actor-singer Jared Leto of 30 Seconds To Mars is 51. Singer Chris Daughtry (“American Idol”) is 43. Actor Beth Behrs (“The Neighborhood,” “2 Broke Girls”) is 37. Actor Kit Harington (“Game of Thrones”) is 36. Actor Eden Sher (“The Middle”) is 31. Singer Jade Thirlwall of Little Mix is 30. 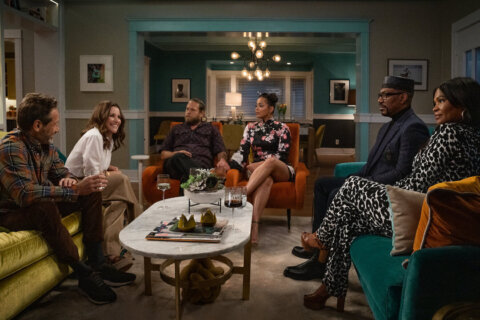