“In the Mouth of the Wolf: A Murder, a Coverup, and the True Cost of Silencing the Press,” by Katherine…
Listen now to WTOP News WTOP.com | Alexa | Google Home | WTOP App | 103.5 FM

“In the Mouth of the Wolf: A Murder, a Coverup, and the True Cost of Silencing the Press,” by Katherine Corcoran (Bloomsbury)

The confluence of corrupt governance, poverty, drug trafficking and reporters who can be bought is a dangerous place for reporters and democracy.

Accomplished Mexican investigative reporter Regina Martinez paid with her life for her relentless reporting on criminal behavior by officials, government ministers, police and anyone else who violated a public trust.

In this book, former Associated Press reporter and bureau chief Katherine Corcoran takes up a consuming quest during her time in Mexico — who killed investigative reporter Regina Martinez?

Corcoran’s book is what we in journalism like to call “a cautionary tale” — a story about what could happen if we don’t address a problem — in Mexico’s case a news media under attack and not widely respected, and therefore easy for unscrupulous politicians and government power to control.

Could that happen in the U.S.? Think back to a recent president’s characterization of the American news media as “the enemy of the people.”

As Corcoran observes: “A society without truth is a scary place to live.”

In Mexico, the phrase “trust no one” applies. Elected officials and government staffers often have made deals with the devil – dishonest politicians, drug cartels and government workers at every level with side incomes – and so have many journalists, reasoning that to do otherwise can get them killed.

Regina Martinez didn’t appear fazed by danger. Small in stature, the workaholic reporter never compromised her ideals, which ultimately got her killed, probably, Corcoran concludes, because she had gotten too close in reporting yet another story of government wrongdoing.

Corcoran and other Mexican journalists were not able to identify definitively what Martinez was working on when she was killed. But as the book makes clear, she would have unlimited topics from which to choose.

For example. earlier this month, The New York Times reported that hackers bored into Mexico’s defense ministry, revealing its “expanding influence over the civilian government, attempts to evade cooperation on a landmark human rights investigation and spying on journalists.”

Corcoran has done a masterful job in assembling the complicated story of Martinez’ life, work and murder. She had drawn in so many characters that it is hard to keep up with them – a chart of the recurring characters in the book is included; it contains 35 names.

In America, we’re conditioned by movies and television to expect the bad guys will be captured in the end, but that doesn’t happen here. Yes, the police arrested someone but Corcoran and other reporters in this story widely believe Martinez’ real killer remains free.

Perhaps not for long.

Corcoran now is part of a project training Mexican editors to guide investigative journalism and keep their reporters safe.

Jeff Rowe worked for the Associated Press in Jackson, Mississippi, and New Orleans, years before Katherine Corcoran joined The AP. Rowe and Corcoran have never met but did talk on the phone regarding some questions Rowe had about Corcoran’s book. 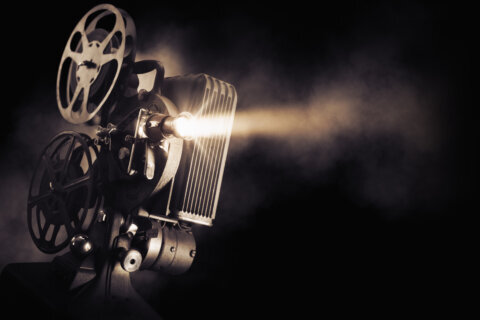 Review: Will Smith-led ‘Emancipation’ is an action thriller