“ Bodies Bodies Bodies ” might just be the first great Gen Z thriller. In director Halina Reijn’s film is a razor-sharp satire of a very specific kind of modern privilege set inside an escalating murder mystery in a remote mansion as a hurricane rages outside.

Dripping in neon, platitudes, sweat and fear, “Bodies Bodies Bodies,” opening in New York and Los Angeles Friday, is playful, cutting and never dull. The events are limited to one long night, but the toxic tensions were boiling over long before an actual corpse is introduced to the party.

Sophie (Amandla Stenberg) has decided to take her new girlfriend, Bee (Maria Bakalova), to meet her oldest friend, David (Pete Davidson), who is hosting a kind of end of the world rager in his parents’ mansion to ride out a hurricane. Sophie reassures Bee that her friends aren’t as nihilistic as they seem online and Bee looks on like anyone in a new relationship would: With nervous hope.

It is not immediately evident that this film is about the young adult children of obscene wealth until Sophie drives up to a mansion that Daisy Buchanan might find impressive. This is no 1980s-greed-is-good portrait of young affluence, with cashmere cable knits and Lacoste polos, nor is it a ’90s version bedecked in designer logos. These are the kids who only other wealthy kids would recognize as wealthy, who know enough to apologize for their privilege but also enough to be wary of outsiders. Not that those friendships borne out of the same boarding schools and tax brackets are somehow intrinsically safer, they’re just the devil they happen to know.

In the back of the house David, his girlfriend, Emma (Chase Sui Wonders), and their friends Jordan (Myha’la Herrold) and Alice (Rachel Sennott), all excellent in their roles, are in the pool partying with an exhibitionists’ abandonment, like they want everyone they hope is watching to think they think no one is watching. It soon becomes wildly clear that Bee is one of those outsiders and that Sophie was not, exactly, expected. They are anything-goes youths, except when it comes to the sin of not having responded “yes” in a text chain.

The title of the film is derived from a game they play that involves slapping, shots and a fake killing. When the lights come back on, they have to find the body and figure out the murderer. But this tense game only brings out the festering wounds in the group and several quit in protest, including Alice’s boyfriend Greg (Lee Pace), who is trying to fit in with a crowd that is probably two decades younger then him. And then the real murders start.

Bee becomes our innocent eyes and ears to whole confusing, debaucherously bloody endeavor in which the social contract expires along with everyone’s cell phone service. The film, written by Sarah DeLappe and based on a story by Kristen Roupenian (who wrote the viral New Yorker story “Cat Person”) acutely exposes how quickly social dramas and slights can seem like cause for murder. And yet even as things devolve and more friends are murdered, the dwindling surviving characters try their best to avoid microaggressions and triggering words as though navigating a fight on Twitter.

I won’t deprive anyone of the pleasure of the surprises to come. But the reveal just makes you want to watch the whole thing again.

“Bodies, Bodies, Bodies,” an A24 release playing in New York and Los Angeles Friday and nationwide on Aug. 12, is rated R by the Motion Picture Association for “for violence, bloody images, drug use, sexual references, and pervasive language.” Running time: 95 minutes. Three stars out of four. 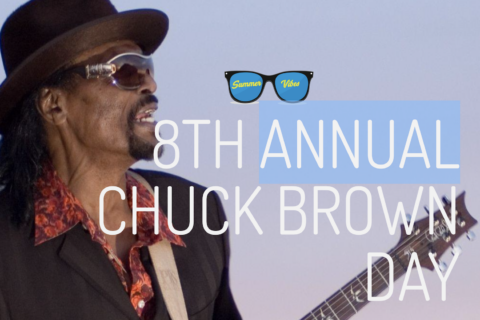