Authors and friends rally and read for Salman Rushdie

NEW YORK (AP) — Friends and fellow authors spoke out on Salman Rushdie’s behalf during a rally Friday on the steps of the main branch of the New York Public Library, one week after he was attacked onstage in the western part of the state and hospitalized with stab wounds.

Rushdie’s condition has improved, and, according to his literary agent, he has been removed from a ventilator.

Jeffrey Eugenides, Tina Brown and Kiran Desai were among those who shared wishes for a full recovery, told stories of Rushdie as an inspiration and defender of free expression, and read passages from his books, essays and speeches, including from “The Satanic Verses,” the 1988 novel that was condemned by some Muslims as blasphemous.

Rushdie spent years in hiding after Iran’s Ayatollah Ruhollah Khomeini issued a 1989 edict, a fatwa, calling for his death, but had traveled freely over the past two decades.

The hourlong “Stand With Salman” gathering was presented in part by the library, by Rushdie’s publisher, Penguin Random House, and by the literary and human rights organization PEN America. Hundreds were in attendance, many affiliated with PEN, of which the 75-year-old Rushdie is a former president.

“He’s been a constant, indefatigable champion of words and of writers attacked for the purported crime of their work,” said the day’s first speaker, PEN CEO Suzanne Nossel. “Today, we will celebrate Salman for what he has endured, but even more importantly, because of what he has engendered — the stories, characters, metaphors and images he has given to the world.”

The rally did not include any new words from Rushdie, but Nossel said he was aware of the event and even made suggestions for what to read. Rushdie’s son Zafar Rushdie, who has been with his father, tweeted that “it was great to see a crowd gathered” outside the library.

“Stand With Salman” took place the day after a judge in Mayville, New York, denied bail to 24-year-old Hadi Matar, who has pleaded not guilty to attempted murder and assault. While in jail, Matar told the New York Post that he disdained Rushdie as anti-Muslim and expressed admiration for the Ayatollah.

On Friday, other readers included the author and journalist Gay Talese, author and former PEN president Andrew Solomon, and the poet, lawyer and activist Reginald Dwayne Betts. Actor Aasif Mandvi read from Rushdie’s upcoming novel, “Victory City,” which he completed before the attack and includes the passage “I myself am nothing now. All that remains is the city of words. Words are the only victors.”

Eugenides, whose novels include the Pulitzer Prize-winning “Middlesex,” remembered traveling to London in the early 1980s. Eugenides was 20 and Rushdie’s breakthrough novel “Midnight’s Children” had recently been published. He knew Rushdie lived there and decided he wanted to meet him. It was years before “The Satanic Verses,” and Eugenides found his name and address in the phone book.

“I took the tube out to his house. As it turned out, Salman wasn’t at home; he was in Italy, vacationing,” said Eugenides, who was greeted by Rushdie’s then-mother-in-law and left a note for the author.

“That was the world we used to live in,” Eugenides added. 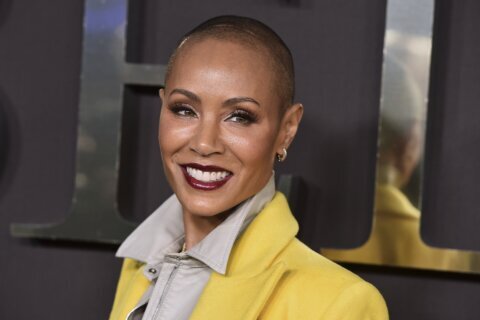 Jada Pinkett Smith has deal for ‘no holds barred’ memoir 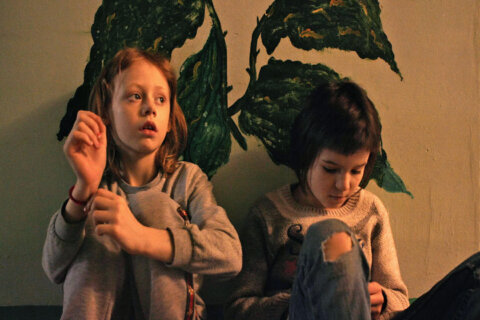