George Saunders’ short story “Escape from Spiderhead” is not, you might say, an obviously cinematic piece. It’s the kind of subtly unsettling work — stark, moody and dialogue heavy — that could easily be a play or a haunting experimental film. So it’s an especially bold leap to use it as the inspiration for a starry, big budget, Netflix-subscriber-driving event movie, as they’ve done with “ Spiderhead,” which starts streaming Friday. But stranger things have worked for the streamer and who doesn’t like a slick, dystopian sci-fi?

Originally published in The New Yorker in 2010, “Escape from Spiderhead” is about a group of prisoners living in a specialized facility who are being subjected to experimental mood-altering drugs, with names like Verbaluce, which makes you speak eloquently, and Darkenfloxx, which makes you feel about as badly as a person can feel. The audience experiences the world through one of the inmates, Jeff, who is starting to question the tests, the drugs and the mysterious leader of the facility, Abnesti, who keeps an open-door policy in the Spiderhead to foster trust and respect with the prisoners.

You have to admire the ambition behind those who had the idea to adapt the story. Screenwriters Paul Wernick and Rhett Reese (“Deadpool”) needed to make many big choices and leaps to stretch it out to feature-length: They added backstories, love interests and flashbacks. Director Joseph Kosinski and his team, including cinematographer Claudio Miranda (who also teamed with him on “Top Gun: Maverick”) further had to dream up an entire look for Spiderhead, too. They went with dystopian brutalism plopped in the middle of a tropical paradise.

Jeff is played by Miles Teller (who also worked with Kosinski on “Top Gun: Maverick” and the underseen firefighter drama “Only the Brave”) and Abnesti is taken on by Chris Hemsworth, who also produced. The writers have turned Abnesti into a more blatant eccentric, a visionary pharma/tech genius who makes grand speeches about the perks of life in Spiderhead and the virtuousness of the experiments while also sampling his own product on the side. It’s quite a good role for Hemsworth, who excels at being charming with an undercurrent of mania. There’s even an incredible dance sequence to Roxy Music’s “More Than This” that is perhaps on par with Oscar Isaac and Sonoya Mizuno’s “Ex Machina” moves. Like his brief turn in “Ghostbusters,” it makes you eager to see him keep branching out beyond Thor.

Jeff, meanwhile, is somewhat stripped of his edge and tragic poetry and is turned into a bro with a conscience and visceral memories of the ill-fated night he decided to drive drunk. And he gets an actual, not drug enhanced love interest, which under normal circumstances would seem a bit cliché but here is made interesting because of Jurnee Smollet’s raw and captivating performance.

Some of these choices work, some are silly and some come across as downright mean. In the story, Jeff is subjected to the love serum twice to see what happens with two different women described as “equally so-so.” Both times he falls deeply, albeit briefly, in love. In the film, however, one woman is conventionally attractive and the other is styled as though she may be a meth addict. It’s turned into a joke, and a somewhat misogynistic one at that, and the poetic connection is reduced to an over-the-top sex bit. There’s a gay panic bit, too, and an odd subplot about an inmate who has been stealthily drawing on the walls with feces. It’s not surprising that the writers of “Deadpool” and “Zombieland” veered towards humor, but it does at times feel less like pointed satire and more like crass irreverence — and the tonal shifts come at the expense of the overall impact of the story.

Ultimately, “Spiderhead” just seems a little unsure of what it is or what it’s supposed to be. One of the inmates is even reading Saunders’ “Tenth of December” in one shot. It could send the mind spinning with meta questions about whether he’d made it to “Escape from Spiderhead” yet. Instead it’s just plopped there like an Easter egg to nowhere.

“ Spiderhead,” a Netflix release streaming Friday, is rated R by the Motion Picture Association of America for “language, violent content, sexual content.” Running time: 107 minutes. Two and a half stars out of four. 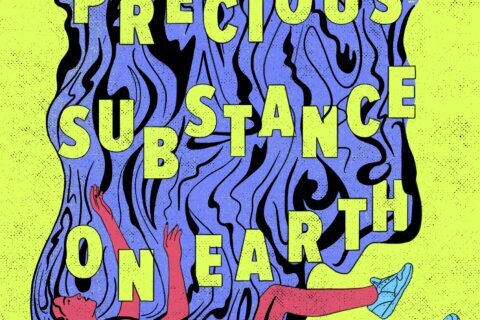