Q&A: Sam Raimi on ‘Doctor Strange’ and his superhero return

NEW YORK (AP) — Relief was just starting to wash over director Sam Raimi the morning after the premiere of “Doctor Strange in the Multiverse of Madness.”

The film, which opens in theaters Friday, has been a headlong sprint for the 62-year-old, who took over two and a half years ago after Scott Derrickson departed the project over creative differences. Raimi had a script to retool but an unmovable shooting timeline to meet.

“Every part of this moviemaking process has been great, but every part of the process went on too long and became a little too intense,” explained Raimi, speaking by Zoom from Los Angeles. “I love the writing but the writing never stopped. Michael (Waldron) was writing the script all throughout the production. And the shoot was great but then we had to do reshoots. Also because of COVID, things got stretched out.”

“But it’s been great,” added Raimi.

Even if his reentry was rushed, Marvel’s “Doctor Strange in the Multiverse of Madness,” which kicks off Hollywood’s summer movie season, has heralded the return of one the movies’ most beloved genre filmmakers. Raimi crafted the microbudget horror landmark “The Evil Dead” (and its more comic cult-classic sequels, “The Evil Dead 2” and “Army of Darkness”) before his Spider-Man films, with Tobey Maguire, helped pave the way for the superhero era that followed.

And, somewhat miraculously, the latest “Doctor Strange” is an identifiably Sam Raimi film, full of playful horror, clever comic touches and bonkers flashes. He brings some madness to the multiverse.

AP: This film bears many hallmarks of your work: Bruce Campbell, a book of the dead and even, briefly, shots from a demon’s point-of-view. Do you feel like you smuggled a Sam Raimi film into a Marvel movie?

RAIMI: I was really trying to make a Marvel movie, first and foremost. I guess everyone does things their own way, without trying to specifically make it something other than what it was. I was really just trying to follow the characters from the previous Marvel movies and storylines from “Wandavision” had led into and where all the “Avengers” movies had led into. But also try to open up the multiverse as Marvel had requested of writer Michael Waldron for future adventures.

AP: Do you feel that these films, like any other kind, should bear the fingerprints of their filmmakers?

RAIMI: I think the first responsibility is to tell the story of those characters because this is, like, episode 27. But I think it’s great that filmmakers can do it from their own perspective as long as they’re working within the Marvel box, basically. And it’s a very big sandbox to play in. What they do at Marvel is they really protect the integrity of the characters. So long as you’re doing that and as long as you’re aware of the story elements so you don’t disappoint the fans, I think it’s great that filmmakers in the Marvel Universe exercise their personality and style and tell the story with their own sense of panache.

AP: I think of the “Evil Dead” movies and “Army of Darkness,” in part, as odes to practical effects. This is the other end of the spectrum, with extensive, anything’s-possible CGI. How did you adapt?

RAIMI: I love practical effects. That’s my favorite thing to do on set and it’s my favorite thing to watch in movies. But the nature of this movie was so big, to travel through the multiverse, the techniques were not really befitting of practical effects, the major techniques. There are moments for them in this movie but really it had to be computer generated because of the scope and the amount of journey our characters went on. It just would have been too expensive and impractical to do it practically. I love practical effects but they take time. With a giant production like this, it’s difficult to shoot take after take because the blood tube is showing in frame or the wire is floating.

AP: You’ve made movies with a tiny budget and limitless freedom, and films with massive budgets but more required elements to juggle. What’s better?

RAIMI: I like all the jobs. I love the different challenges of making a tiny budget movie with no creative oversight by others. It’s like you’re playing a musical instrument for an audience, however good you are, it’s all your tune and just the way you want to play it. Then something like this, although there are restrictions and expectations, it’s like they’re giving you the finest symphony orchestra and saying, “You’re not going to play, yourself, because we’ve hired all the finest violinists, the best percussion, the best brass. But we will let you conduct them.”

AP: You hadn’t directed a feature since 2013’s “Oz the Great and Powerful.” You’ve since been largely producing and making television. Had you been eager for a chance like this?

RAIMI: I did take some time to recalibrate my sense as a director. Yes, I was kind of hiding out, producing young filmmakers work, trying to relearn new ways how to do my job so I didn’t become stale. I spent a lot of time my garden thinking about it. So when the call came in for this picture, I was really ready to jump back in. I was hungry to make another movie.

AP: Are you surprised at how superhero films have evolved in the last 15 years, an era your “Spider-Man” films helped birth? You and Stan Lee long ago shopped an Iron Man film that no one wanted to make.

RAIMI: I never expected it to take off in this gigantic way and become so crazily popular. I did recognize that in the work of Stanley and Steve Ditko and all the Marvel writers and artist there were so many movies to make. But I never thought they’d be making a movie about Moon Knight, for instance, one of their secondary or third-tier characters, or Doctor Strange, who I think was a second tier character, and being so successful with them. It took off beyond what I imaged.

AP: You recently said tongue-in-cheek that you wanted to show the kids how to make a superhero picture. Is there some element of truth in that? There’s a cinematic playfulness to your films that isn’t always present in comic-book adaptations.

RAIMI: No, that statement was my own insecurities, wondering: “I wonder if I can still do this after all these years?” They do it so well now, with such great characters, such great effects, the stories are really well crafted and put together in the Marvel movies. That’s the insecure me making a joke like “I’ll show you!” when in fact it’s like, “I’m terrified. I wonder if I can still pull this off.”

AP: You departed “Spider-Man” disappointed with the third film and on the cusp of making a fourth. Do you feel you had unfinished business in the genre? Does making “Doctor Strange” heal any of those wounds?

RAIMI: It is a way of that, that’s true. The thing about the unmade “Spider-Man” movie, we left everything very amicably, the studio and the elements that were Marvel at the time. I just realized that I couldn’t make a good enough script in the amount of time they had to hit a start date. So I said to Sony, “Let’s save money and not let fans down. Go ahead with that reboot.” And they said “Thank you, we’ll do that.” It was a very amicable parting, so I don’t really have unfinished business about it. Every writer dreams of something they’re working on. They want to see it born into the world, so there’s always that. But this movie was very satisfying to me and fun. I loved working with the actors. It did satisfy me as far as my fix for superhero pictures.

RAIMI: I’m working on a script with my brother, and I’m working on one over at Columbia Pictures. But I don’t know. I just have to see what jumps to the surface and presents itself.

AP: Is phoning up Bruce Campbell an automatic call for you when you have a film?

AP: How would you describe your bond with him?

RAIMI: He’s like my long-lost brother, partner, most constant collaborator, friend. We communicate so well. He’s my actor in these movies. He’s the guy that understands me more than anybody. He’s a real problem solver, and I find him to be a brilliant comedian and somebody that will do anything to be professional and make a movie as best it can be. 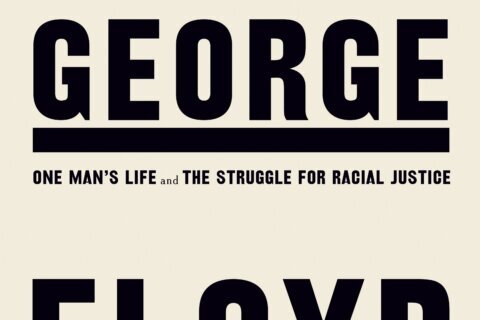 Review: How George Floyd became an icon for Americans 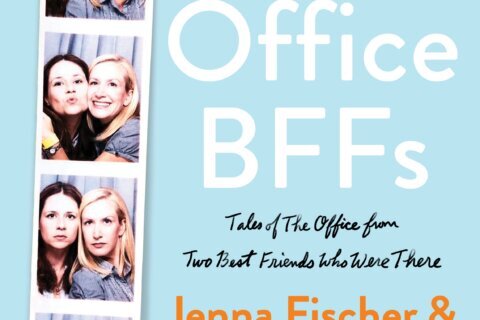