Besties and former ‘The Office’ co-stars write on friendship

NEW YORK (AP) — Spoiler alert: Jenna Fischer and Angela Kinsey obviously knew how “The Office” ended its nine-year run on NBC, because, after all, they filmed it — but revisiting that time for their new book, “Office BFFs: Tales of The Office from Two Best Friends Who Were There,” was still something they put off.

“I have not watched the finale episode in full even now,” confessed Fischer, who played receptionist Pam Beasley, recently over Zoom. “I just watched the parts that I had to write about in the book because it’s too emotional for me.”

Kinsey, however, “watched the whole thing.”

“I boohooed through it. When we were writing about it, I started crying,” said Kinsey, who played the stickler, cat-loving accountant, Angela Martin.

The real-life best friends and former co-stars have put their memories to good use, with both “Office BFFs” and a re-watch podcast called “ Office Ladies.” They’re more than halfway through season six of the series.

In “Office BFFs,” they also document the growth of their friendship from when they first bonded while filming an episode in season one to Kinsey being at Fischer’s side when she broke her back while attending an NBC party in New York during the hiatus between seasons three and four.

Fischer and Kinsey talked recently to The Associated Press about their book, the podcast and their friendship. Answers have been edited for length and clarity.

AP: How do you remember so clearly what happened to be able to fill a podcast and a book?

Fischer: We are big journalers so we journaled about our days on set. And Angela is a digital hoarder. She kept every email I ever sent her. It was so great. When I was writing the chapter on the romance between (characters) Jim and Pam, she had an old email that I had written her. She forwarded that to me, and I was able to use that.

AP: Is there anything you’ve saved specifically for the podcast and other things for the book? Or was there overlap?

Kinsey: The podcast is a true re-watch. And the book is our personal journey as two gals who are not from show business or Hollywood … just try and figure out what it means to be on a show and navigate a red carpet and how to do interviews and all those things you don’t learn in an acting class. And we were horrible at it. Those are things we don’t really talk about on the podcast.

AP: You’ve started these businesses together and pivoted into a new career path, marketing on yourselves rather than characters. Do you want to inspire others in making career changes by thinking outside-the-box?

Kinsey: I turned 50 and I didn’t think I would be trying anything new in my career at 50. And here I am, learning how to do a podcast and writing a book with my best friend. I just think of other women I’ve always looked up to who reinvented themselves later in life and that you don’t have to say, “Oh, I can’t do that or it’s too late.” It’s not too late, it’s really not. That’s something I would want to share with other folks out there.

AP: Both the podcast and the book introduce fans to the people behind-the-scenes of “The Office” who helped make the show, such as editors, props people and your wardrobe and hair department. It must be gratifying to give them some of the spotlight.

Fischer: One of my favorite pieces of mail that we got is someone wrote to tell us, “All those names that I see scroll by in the credits at the end of the episode, now I feel like I know everybody.” I’m so proud of that.

AP: In the first episode of your podcast, Jenna, you made a comment about how many episodes you two had ahead of you to recap and you sounded overwhelmed and maybe even scared. Is it funny to think about that now?

Fischer: Yes. There’s 201 episodes of “The Office” and to imagine doing 201 things of something that you’re not sure you know how to do is very daunting. We’re definitely in a groove now. We’re more than halfway finished and now we’re starting to talk about what can we do next.

AP: Are you seriously thinking about what else you can do together?

Kinsey: Rainn Wilson (who played Dwight on “The Office”) will tell you, we love to chat. So I think, we have a few ideas for what “Office Ladies” would be after we break down all the episodes.” 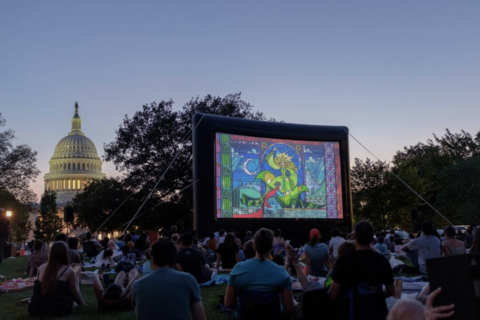 Miss ‘Screen on the Green?’ Library of Congress hosts ‘Summer Movies on the Lawn’ 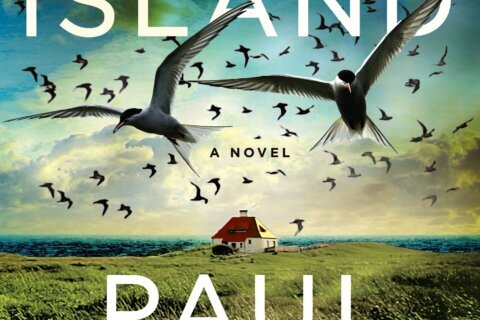 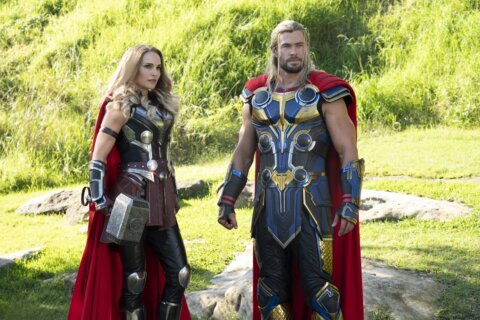