‘The Offer’ recreates wild drama behind ‘The Godfather’

NEW YORK (AP) — On a trip to New York in the early 1970s, Robert Evans, the former head of Paramount, discovered a dead rat in his hotel room bed. According to the new Paramount+ series “ The Offer, ” this was not an unfortunate travel experience that today would result in a scathing Yelp review, but a warning from the mafia.

Crime boss Joseph Colombo believed Mario Puzo’s book “The Godfather” was an insult to Italian Americans and did not want Paramount to adapt it for the big screen.

The scene is both horrifying and hilarious as Matthew Goode as Evans high-tails it out of town, after ordering the movie’s producer, Al Ruddy (played by Miles Teller), to make it right.

What’s revealed in the 10-episodes of “The Offer,” debuting April 28, is that pressure from the mafia was just one of many hurdles that Ruddy, Evans and other players navigated to get the movie made.

“I couldn’t believe some of the stories,” said Goode.

Adds Patrick Gallo, who plays Puzo: “if you love the film, you’re not going to believe the kinds of things that went into making it.”

Although the “The Godfather” is an extreme example, Colin Hanks, who plays one of the suits at Paramount’s then owner, Gulf + Western, says “The Offer” provides a window into just how hard it is to make anything in Hollywood.

It also shows how fickle Hollywood can be.

“I’ve talked to really acclaimed and accredited filmmakers who made an incredible film and then assumed that they would be able to make whatever they wanted to next. And they couldn’t,” said Teller. “Even some true-blue movie stars, you’d be surprised how quickly the enthusiasm for them fades if they’re not coming off a hit. And somebody told me ‘In this business, nobody cares what you did two years ago.’ I think it’s nobody cares what you did seven months ago. It’s a constant proving ground.”

“The Offer” paints a heroic picture of Ruddy, who was steadfast in protecting director Francis Ford Coppola’s creative vision, while taking heat from all sides. It depicts how Coppola desperately wanted to cast a then-unknown, off-Broadway actor named Al Pacino in the role of Michael Corleone, much to the initial dismay of Evans and Gulf + Western. He also thought Marlon Brando was perfect as Don Corleone, even though Brando was considered too unreliable at the time. Ruddy persisted and made it happen.

“If he believed in somebody and if he told you he had your back, he did. He had it until the very end,” said Teller.

Ruddy was the film’s sole producer — a rarity in today’s Hollywood, but his support system included his assistant Bettye McCartt, who was at his side every step of the way.

Juno Temple plays McCartt and calls it “one of the greatest honors” of her career to bring Ruddy and McCartt’s partnership to the screen, a pair who trusted each other implicitly.

“You always hear like, ‘’Men and women can’t be friends.’ Yeah, they can. They can be best friends and they can get such incredible (expletive) done together.”

Dan Fogler, who plays Coppola, says “The Offer” is a reminder of the director’s genius, and he would personally love his stamp of approval.

“I wonder what he’s going to think of all this. I hope he gives us his blessing,” he said. (It should be noted that Coppola has dismissed the project, telling Variety in March that “The Offer” doesn’t match his memory of what happened.)

And Hollywood isn’t done with the story. A movie surrounding the rollercoaster to get “The Godfather” made, starring Oscar Isaac and Jake Gyllenhaal, called “Francis and the Godfather” is also in the works. 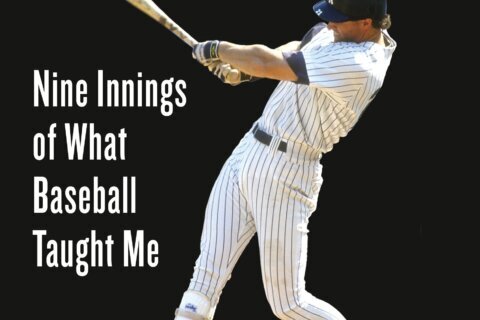