Tributes to Sidney Poitier poured in from Hollywood and around the world following the death Thursday of the groundbreaking actor and cultural icon. Poitier, who was the first Black actor to win an Academy Award for best lead performance and the first to be a top box-office draw, was 94.

“For over 80 years, Sidney and I laughed, cried and made as much mischief as we could. He was truly my brother and partner in trying to make this world a little better. He certainly made mine a whole lot better.” — Actor Harry Belafonte, in a statement.

“It was a privilege to call Sidney Poitier my friend. He was a gentle man and opened doors for all of us that had been closed for years. God bless him and his family.” — Denzel Washington, in a statement.

“My honor to have loved him as a mentor. Friend. Brother. Confidant. Wisdom teacher. The utmost, highest regard and praise for his most magnificent, gracious, eloquent life. I treasured him. I adored him. He had an enormous soul I will forever cherish.” — Oprah Winfrey, on Instagram.

“Through his groundbreaking roles and singular talent, Sidney Poitier epitomized dignity and grace, revealing the power of movies to bring us closer together. He also opened doors for a generation of actors.” — Former President Barack Obama, on Twitter.

“Sidney was my inspiration, my guiding light, my friend.” — Actor Morgan Freeman, on Twitter.

“This is a big one. No words can describe how your work radically shifted my life. The dignity, normalcy, strength, excellence and sheer electricity you brought to your roles showed us that we, as Black folks, mattered!!! It was an honor…” — Actor Viola Davis, on Instagram.

“Sidney was more than just one of the finest actors in our history. … With unflinching grandeur and poise — his singular warmth, depth, and stature on-screen — Sidney helped open the hearts of millions and changed the way America saw itself.” — President Joe Biden, in a statement.

“Dearest Sidney, you were a gentle giant in life, in politics, and in the movies. You will remain in our hearts and on our screens forever. May you rest in peace.” — Singer and actor Barbra Streisand, on Twitter.

“If you wanted the sky I would write across the sky in letters that would soar a thousand feet high.: To Sir… with Love. Sir Sidney Poitier R.I.P. He showed us how to reach for the stars. — Actor and TV personality Whoopi Goldberg, on Twitter.

“Sidney Poitier, your last sunset with us is the dawn of many generations rising in the path of light you blazed. We will always hold you in our hearts and forever speak your name.” — Director and actor Debbie Allen, on Twitter.

“The last time I saw Sidney was at a golf course in LA. I saw him across the room and walked toward him with my hand out to shake his. Ignoring my hand, he opened both of his arms wide and embraced me warmly. Then he let me go and held me at arm’s length staring me in my eyes and said in his signature cadence, ‘I dig what you do, my man.’ I almost fainted.” — Actor Don Cheadle, in a statement.

“Sidney Poitier was a pioneer for artists of color everywhere. At 9, I read he imitated broadcasters since he was ridiculed for his accent. For the next 10 yrs I did the same to overcome my own speech impediment. I owe my voice to him. Never EVER doubt that representation matters. Rest in power titan.” — Poet Amanda Gorman, on Facebook.

“Today, the world has lost an icon, and I have lost one of my dearest friends, the great Sidney Poitier. He was a man of grace, integrity and someone I long admired. He is in a class by himself.” — Berry Gordy, Motown founder, in a statement.

“One of the greatest actors of his generation. We all have our Poitier era. Growing up in the ’70s I’d have to say that maybe ‘Uptown Saturday Night’ was the first movie I ever watched. … Rest in peace. And thank you.” — Musician Questlove, on Instagram.

“Few artists have contributed more to the Civil Rights Movement than Sidney Poitier. As an actor, he was determined not to be defined by his race, but he pointedly refused roles that perpetuated negative stereotypes. His charm and grace, both onscreen and off, helped to open hearts and minds as the nation challenged segregation and discrimination.” — Marc H. Morial, president and CEO of the National Urban League, in a statement.

“He single-handedly changed the face of the Leading Man. I had the honor to thank him in person and, in his kindness and grace, he said, “You’re a leading man, Lou, because you’re a good actor.” — Actor Lou Diamond Phillips, on Twitter.

“Sir #SidneyPoitier, your brilliant light will never dim. The doors you opened and paths you created will continue to make way for those with a dream. You showed the world that with vision and grace, all is possible.” — Musician Lenny Kravitz, on Twitter.

“Sidney Poitier is quite literally the reason why I wanted to become an artist. … There are very few people that I quake in the presence of. Rest easy, GOAT. ” — TV actor Keith Powell, on Twitter.

“Stanley Kramer and Sidney Poitier had a long and enduring collaboration and loving friendship. They made groundbreaking films together fiercely and passionately advocating for civil rights. The essence of Sidney’s extraordinary gifts, as actor, director, writer, visionary, family man and friend all embodied his remarkable life. Sidney Poitier’s work will continue to raise the bar to levels that will forever enrich the future of the art of acting and filmmaking throughout the world.” — The family of “Guess Who’s Coming to Dinner” and “Defiant Ones” director Stanley Kramer, in a statement. 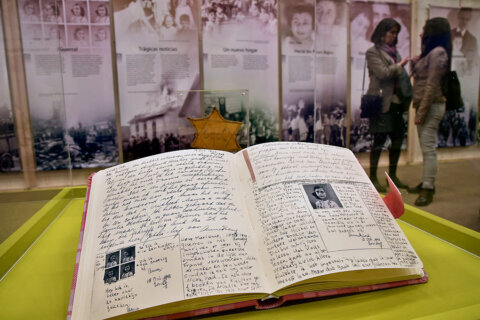