WASHINGTON (AP) — The House panel investigating the Jan. 6 U.S. Capitol insurrection on Tuesday requested an interview with Fox News personality Sean Hannity, one of former President Donald Trump’s closest allies in the media, as the committee continues to widen its scope.

In a letter to Hannity, Mississippi Rep. Bennie Thompson, Democratic chairman of the panel, said the panel wants to question him regarding his communications with former President Donald Trump, former White House chief of staff Mark Meadows and others in Trump’s orbit in the days surrounding the insurrection.

A Fox News spokesperson declined to comment on the request. Jay Sekulow, Hannity’s lawyer, told The Associated Press Tuesday night that they are reviewing the committee’s letter and “will respond as appropriate.”

In his letter, Thompson said: “The Select Committee has immense respect for the First Amendment to our Constitution, freedom of the press, and the rights of Americans to express their political opinions freely. For that reason, we do not intend to seek information from you regarding your broadcasts on radio or television, your public reporting or commentary, or your political views regarding any candidate for office.”

However, the chairman said, the committee also has a responsibility to investigate the dozens of text messages it has in its possession, from Dec. 31, 2020, to Jan. 20, 2021, and is focused on communications between Hannity, Trump and Meadows regarding the outcome of the 2020 presidential election and Trump’s failed efforts to contest it.

One specific December 2020 text from Hannity to Meadows highlighted in the letter reads: “We can’t lose the entire WH counsels office. I do NOT see January 6 happening the way he is being told. After the 6 th. (sic) He should announce will lead the nationwide effort to reform voting integrity. Go to Fl and watch Joe mess up daily. Stay engaged. When he speaks people will listen.”

The letter to Hannity also highlights texts from the night before the insurrection, including one in which Hannity said he was “very worried about the next 48 hours” and another to Meadows in which he wrote, “Pence pressure. WH counsel will leave.” The letter says it appears from other text messages that Hannity may have spoken directly with Trump on Jan. 5 regarding planning for the following day.

Hannity had previously criticized the violence that took place last Jan. 6. But he’s also been sharply critical of the committee and its work, saying on the air Dec. 13 after his texts were revealed: “We’ve been telling you that this is a waste of your time and money. They have a predetermined outcome.”

He also complained about committee member Liz Cheney, R-Wyo., publicizing his texts. “Do we believe in privacy in this country? Apparently not.”

The request is the first by the nine-member panel to a member of the media and opens a new door for the investigation as it widens its scope to any and all people who were in contact with the former president and his inner circle in the time surrounding the attack.

The committee says the extraordinary trove of material it has collected — 35,000 pages of records so far, including texts, emails and phone records from people close to Trump — is fleshing out critical details of the worst attack on the Capitol in two centuries, which played out on live television.

As the House prepares to commemorate the one-year anniversary of the attack Thursday, the panel, which commenced its work last summer, has already interviewed around 300 people and issued subpoenas to more than 40 as it seeks to create a comprehensive record of the Jan. 6 attack and the events leading up to it.

Thompson said about 90% of the witnesses called by the committee have cooperated despite the defiance of high-profile Trump allies like Meadows and Steve Bannon. Lawmakers said they have been effective at gathering information from other sources in part because they share a unity of purpose rarely seen in a congressional investigation. 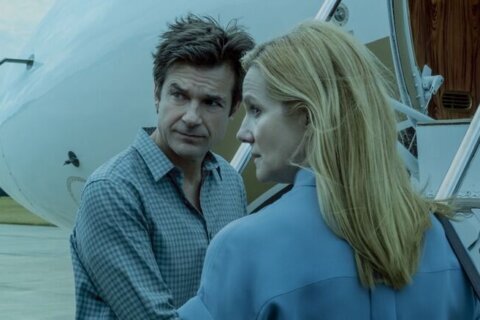