Michael Cohen claimed in a new lawsuit Thursday that Donald Trump retaliated against him for writing a tell-all memoir, saying his abrupt return to federal prison last year endangered his life and amounted to punishment for criticizing the president.

Trump’s former personal attorney recently completed a three-year sentence for crimes including tax evasion, campaign finance violations and lying to Congress. He reported to prison in May 2019 but was released to home confinement after about a year as authorities sought to contain the coronavirus outbreak in federal prisons.

Federal authorities abruptly ordered him back to prison weeks later, claiming he failed to accept certain terms of his release. Cohen, however, said he had merely sought clarification on a condition forbidding him from speaking with the media and publishing his book.

He said his second stint behind bars began with 16 harrowing days in solitary confinement. Cohen says he suffered shortness of breath, severe headaches and anxiety inside a small cell he left just 30 minutes a day at the federal prison in Otisville, New York.

Prosecutors insisted probation officers had been unaware of the forthcoming book when they wrote a provision severely restricting Cohen’s public communications. But a federal judge ordered him returned to home confinement, saying Cohen’s return to Otisville had been “retaliatory.”

“Without accountability, we have only chaos,” Jeffrey K. Levine, an attorney for Cohen, told The Associated Press.

Requests for comment on the new lawsuit were sent Thursday to the U.S. Bureau of Prisons and to Trump’s spokesperson.

Cohen has called for the former president to be prosecuted and has provided information multiple times to New York prosecutors who are examining whether Trump misled banks or tax authorities about the value of his assets in order to get loans or tax breaks.

Cohen recently vowed to continue providing “information, testimony, documents and my full cooperation on all ongoing investigations to ensure that others are held responsible for their dirty deeds and that no one is ever believed to be above the law.” 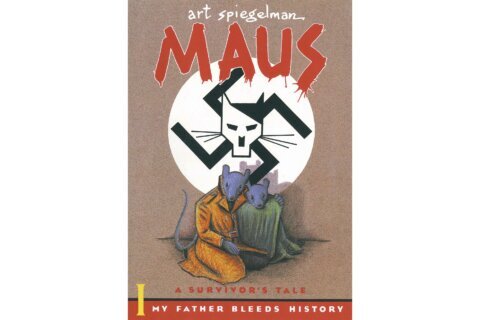