New this week: ‘Finch,’ ABBA and ‘The Harder They Fall’

— The Western gets a stylish and kinetic update in Jeymes Samuel’s “The Harder They Fall.” The film, co-produced by Jay-Z and featuring a starry cast, is based on real Black characters from the Old West who have generally been overlooked in the genre. Jonathan Majors stars as Nat Love, a cowboy whose gun-slinging crew face off with the outlaw Rufus Buck (Idris Elba) who killed Love’s parents years ago. The large cast also includes Regina King, LaKeith Stanfield, Delroy Lindo, Zazie Beets and Danielle Deadwyler. In her review, the AP’s Jocelyn Noveck called “The Harder They Fall” a stylish and bold Western “telling a story sorely underrepresented in cinema.” It lands Wednesday on Netflix.

— Benedict Cumberbatch has drawn widespread acclaim for his leading performance in Jane Campion’s upcoming gothic Western “The Power of the Dog,” but he gives a very different and extremely charming performance, also, in “The Electrical Life of Louis Wain.” The film, which debuts Friday on Amazon Prime Video, is a poignant and frisky biopic of the illustrator of anthropomorphized cats in Victorian England. Written and directed by Will Sharpe (creator of the British series “Flowers”), “The Electrical Life of Louis Wain” is a portrait of an eccentric mind always at work, and often misunderstood. With Claire Foy.

— More than two decades after Tom Hanks acted primarily opposite a volleyball in “Cast Away,” he has slightly more company in “Finch.” In Miguel Sapochnik’s film, a man, a dog and a robot take a road trip across a post-apocalyptic America. Hanks plays the last man alive on Earth, who has created an android (voiced by Caleb Landry) for companionship. The film, debuting Friday, is the second Hanks movie to land at Apple TV+ during the pandemic, following last year’s WWII maritime thriller “Greyhound.”

— Swedish supergroup ABBA will be hoping to connect with a new generation when they release their new album “Voyage” on Friday, a whopping 39 years after their last offering of new music. “They say it’s foolhardy to wait more than 40 years between albums,” the group joked in a statement in September. The foursome behind such hits as “Dancing Queen” and “Take a Chance On Me” has hinted at what they sound like in 2021 with two new songs, the wistful ballad “I Still Have Faith In You” and the disco-ish “Don’t Shut Me Down,” with the lyrics: “Now you see another me/I’ve been reloaded.”

— What does the book “Girl, Interrupted” sound like as a musical? Fans of Aimee Mann can find out when her album “Queens of the Summer Hotel” comes out Friday, via Mann’s SuperEgo Records. The 15 tracks were created for a still-to-happen stage adaptation of Susannah Kaysen’s memoir about her psychiatric hospitalization in the late 1960s. The songs have Mann’s signature sardonic humor, wry lyrics, moody melodies and powerful emotional resonance. One of the album’s most powerful songs is “Suicide Is Murder,” a monologue the narrator has about her own suicide attempt.

— Get ready for some vintage Billy Joel coming out Friday. The Piano Man is re-releasing his first six albums — from 1971’s “Cold Spring Harbor” to 1978’s “52nd Street” — as part of the nine-LP box set “The Vinyl Collection, Vol. 1” as well as on streaming platforms. Only box set owners will get “Live at the Great American Music Hall — 1975,” a previously unreleased concert recording. But streamers can get a taste of that live performance by listening to two digital cuts: “Everybody Loves You Now” and “New York State of Mind,” a version that pre-dates the album version.

— Apple TV+, home of the good-hearted “Ted Lasso,” is introducing a preschool sibling. “Hello, Jack! The Kindness Show” features Jack McBrayer — network page Kenneth on “30 Rock” — and was co-created by McBrayer and Angela Santomero (“Daniel Tiger’s Neighborhood”). The series includes tales about the cascading effect of helpful acts and aims to explain how to “solve problems with heart.” Cast members and guests include Markita Prescott, Albert Kong and Paul Scheer, with original songs from the band OK Go. It debuts Friday.

— Adam Dalgliesh, the British police detective-poet featured in more than a dozen mysteries by novelist P.D. James, is back on the small screen. This time, the cerebral crimefighter with an appreciation for fine cars is played by Bertie Carvel in “Dalgliesh,” a trio of two-part mysteries debuting Monday, on the Acorn TV streaming service. “Shroud for a Nightingale,” “The Black Tower” and “A Taste for Death” are the adapted books. In previous TV incarnations, Dalgliesh was played by Roy Marsden and Martin Shaw (“Inspector George Gently”).

— Gamers will be clearing the decks Saturday. Riot Games’ “Arcane,” a TV adaptation of the eponymous video game drawn from the “League of Legends” universe, debuts at 10 p.m. EDT on Netflix. It’s the chaser after Riot Games’ annual League of Legends World Championship concludes in Iceland. The voice cast for “Arcane” includes Hailee Steinfeld and Ella Purnell as sisters Vi and Jinx, and Kevin Alejandro as Jayce. The series will be released in a trio of three-episode acts, with the first focused on the siblings’ origins. Subsequent episodes will be out Nov. 13 and Nov. 20. 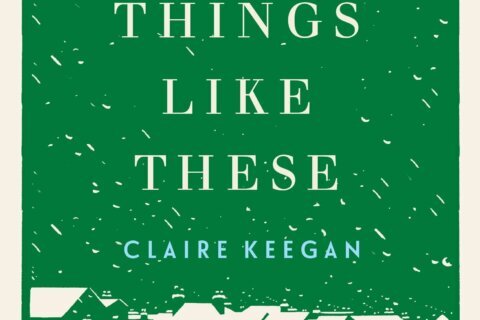