Book gets close to the music that made Carpenters superstars

A new book on the Carpenters takes a look back at nearly every rainy day and Monday of the legendary pop duo's career. Richard Carpenter tells The Associated Press he took part in ``Carpenters: A Musical Legacy'' because it focused on the work itself, including hits like ``(They Long to Be) Close to You'' and ``Superstar,'' instead of issues like his sister Karen's death from anorexia in 1983.
Listen now to WTOP News WTOP.com | Alexa | Google Home | WTOP App | 103.5 FM

LOS ANGELES (AP) — “Every sha-la-la-la, every wo-o-wo-o still shines,” the Carpenters’ sang in “Yesterday Once More,” their hit 1973 tribute to the songs of the past.

It could be the tagline of a new book on the work of Richard and Karen Carpenter, which seeks to set aside the noise surrounding the duo and focus on their harmonic creations.

“Carpenters: The Musical Legacy” (Princeton Architectural Press), coming 50 years after the duo’s earliest hits, was co-written by Richard Carpenter, along with Associated Press journalist Mike Cidoni Lennox and Chris May.

Carpenter has passed on many retrospective projects, after facing decades of questions about his sister’s inner life and her death in 1983 from heart failure, a complication of anorexia, at age 32. This was a chance to do something different.

“It was the focus on the music itself, that’s primarily it,” Carpenter told the AP as he sat at his piano in his Southern California home. “It touches on things that we hadn’t touched on before or that if we had, it had been ignored.”

It has the heft and visual history of a coffee table book, but it’s also a nearly note-for-note musical biography of the pair that goes back to their childhood lives in New Haven, Connecticut, where Richard Carpenter found the seeds of the group’s sound in his father’s records and a toy jukebox.

He cites some unexpected influences, including another man-and-woman duo, Les Paul and Mary Ford, whose early experimenting with vocal overdubs and layered harmonies electrified him.

“It made a profound impression on me, that ooh-ah, ooh-ah. I was maybe 5 or 6,” Carpenter said. “I had no idea how all this was done. I just knew it was different and that I really liked it. And many years later, of course, it came up in my mind while I was arranging a lot of things that I wrote the harmonies for.”

He credits a less famous name with a well-known sound, choral arranger Judd Conlon, whose work appeared in Disney’s “Peter Pan” and “Alice in Wonderland.”

“His arranging style for multi-vocals was tight,” Carpenter said. “They were very close harmonies, which had a great big effect on me.”

The book makes clear that their elaborate, multi-layered recordings were made while the young duo maintained a staggering schedule of touring and television appearances.

It gives an accounting of nearly every rainy day and Monday they spent in a hectic 1970, the year “(They Long to Be) Close to You” became their breakthrough hit. Somehow amid it all they recorded their third album, 1971’s “Carpenters,” known to fans as the tan album and regarded by many as their best.

The Carpenters were often derided as makers of schmaltzy throwaway hits. But the book argues they were great creators of fully formed albums, with an incredible run of records between 1970’s “Close to You” and 1973’s “Now & Then,” the concept album that solidified their global stardom.

“We had so many hit singles, and usually right in a row, that we tended to be dismissed again by our detractors as a singles band,” Carpenter said. “We sold millions of albums.”

Carpenter’s ear for finding hits, often in unlikely places, was as essential as his ear for making them.

He found “Superstar,” the Carpenters song probably most beloved of younger generations, when he heard Bette Midler sing it on “The Tonight Show.” He came across “We’ve Only Just Begun” in a bank commercial before they made it a hit.

When he heard them, he knew just what to do with them.

“If the song hit me, whether it was one of mine or say one that I’d heard, like ‘We’ve Only Just Begun,’ or ‘Rainy Days and Mondays’ or ‘Superstar,’ if the song had it, my arrangement just took place immediately,” Carpenter said.

And he knew a song was useless if it didn’t match his sister’s stunning alto voice.

“I could give you a list of songs that I heard on the radio that I went right out and bought and yet knew would not work for Karen and me,” he said. “That we were brother and sister just had a whole lot to do with it.”

He also reconsidered his musical catalog on the forthcoming “Richard Carpenter’s Piano Songbook.” He reimagines several of the band’s biggest hits for solo piano on the album slated for a January release.

Amid all the looking back, Carpenter recently made his first visit in some 30 years back to what was once the studios of A&M Records in Hollywood. It now belongs to Jim Henson Company and the Muppets, who have changed it very little.

It was an emotional trip.

“We spent so much of our lives there that it was just like returning home,” he said.

This story has been corrected to show that the book’s publisher is Princeton Architectural Press, not Princeton University Press, and “Carpenters” was the duo’s third album, not their second. 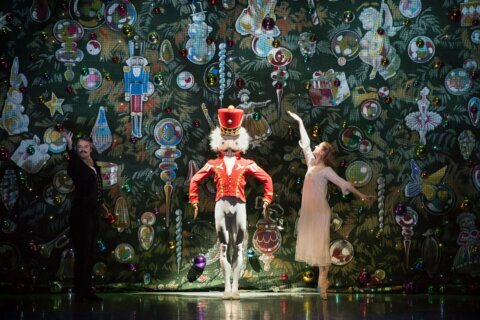 Where’s the closest ‘Nutcracker’ near you? 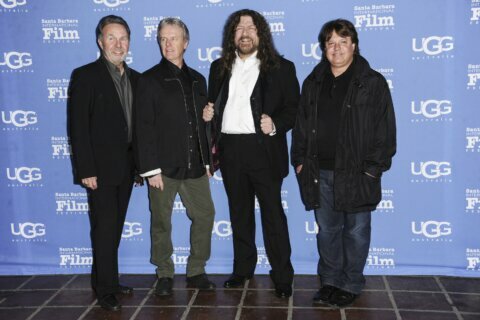 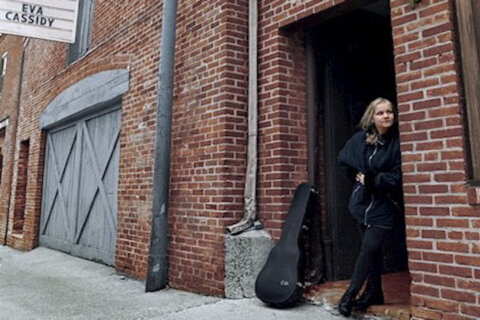