NEW YORK (AP) — Colleen Hoover’s years as a published — and self-published — novelist have been one long, pleasant surprise.

The Texas-based writer broke through in 2012 when, through an Amazon.com program, she released “Slammed,” which became a showcase for how an author in the Internet age can succeed through luck and worth of mouth. Bloggers and social media helped the book grow a following online, and within months “Slammed” was on The New York Times e-book fiction list, despite having no organized publicity. By the end of the year, Hoover had self-published a best-selling sequel, “Point of No Retreat,” and signed a deal with the Simon & Schuster imprint Atria.

She has since been a prolific and reliably popular romance (sometimes called “New Adult”) and thriller writer, with more than 20 novels and novellas, including ”Maybe Someday,” “Confess” and the upcoming “Reminders of Him.” Her work has been in especially high demand this year — but not because of a new book, movie tie-in or other news event.

Her novel “It Ends With Us,” first published in 2016, has been selling tens of thousands of copies a week and topping bestseller lists thanks largely to its popularity on #BookTok, the TikTok niche where young readers talk up their favorite works. Hoover joins a growing list of #BookTok’s surprise beneficiaries over the past couple of years, including Madeline Miller for “The Song of Achilles” and Matt Haig for “The Midnight Library.” Barnes & Noble has even set up special tables for #BookTok favorites.

“Colleen Hoover has been a massive driver for customers over the last few months,” Shannon DeVito, Barnes & Noble’s director of books, said in a statement. “’It Ends With Us’ has been trending on #BooKTok since June and we have been selling upwards of 10,000 copies per week.”

In a recent phone interview, Hoover sounded both amazed at her fortune and afraid she might jinx it. She says she and her husband still enjoy eating Hamburger Helper, and she only reluctantly acknowledges that she doesn’t have to worry anymore about paying for the education for her three sons.

“We’re scared to really change our routine or act like the sales will last, or even go out and celebrate with a nice dinner,” she says. “It takes things a while to soak in for us.”

Born Margaret Colleen Fennell, the 41-year-old Hoover had thought of becoming a writer since she was a girl, but set it aside while at Texas A&M-Commerce, when she married Heath Hoover and had her first child. She continues to follow an unpredictable path. Atria published “It Ends With Us,” but Hoover still likes to self-publish some of her work, including the thriller “Verity.”

Even before #BookTok’s assist, she helped expose her own work to new readers by offering some of it for free in 2020 as a gesture of support during the start of the pandemic.

During her interview, Hoover talked about luck, inspiration, publishing and self-publishing:

ON HER FIRST NOVEL

“I did social work for several years and started writing my first book when I was 31 because I was bored; it was just a hobby. I was just doing it because I love to write. When I finished it, I remember my mother had gotten a Kindle for Christmas, so I wanted to get the book on her Kindle. I researched how to publish on Amazon and came across their self-publishing platform. I loaded up the book on New Year’s Day and told my friends on Facebook, ‘Hey, I wrote this story.’ I wasn’t even calling it a book.

“Everything took off from there. It was a bestseller by word of mouth. I had to use the Amazon tracking device to know how it was doing. Every day we were tracking sales, and my husband and I would be like, ‘Six people bought the book,’ and it went up and eventually it was in the hundreds.”

HER MOTIVATION FOR WRITING ‘IT ENDS WITH US’

“I got the idea because of my mother’s and father’s relationship. She and he divorced when I was 2. I don’t have a lot of recollections of what they went through, but I knew that he was abusive, and I never understood how it happened because she was such a strong and independent person. And I want to know how she got into that situation. I wanted to write the book from the perspective of my mother and how she went through it. I always say I write to entertain, I don’t write to inform or to educate. But this book was a different beast.”

WHY SHE STILL SELF-PUBLISHES

“I’ve just been doing it for so long. My sister is an editor and cover designer, so I have people in my family who help with aspects of it. I just really enjoy it. Also, I feel like when I published with a publisher, the successes are theirs, but the failures are mine. That’s just something I feel, or make myself feel. But with self-publishing, all the successes are mine, and all of the failures are mine.”

HER ADVICE FOR YOUNGER WRITERS

“A lot of people ask me ‘What’s your secret?’ And my answer is, ‘I don’t have one.’ It’s just been a lot of different things that led to this point. There’s no magic answer.” 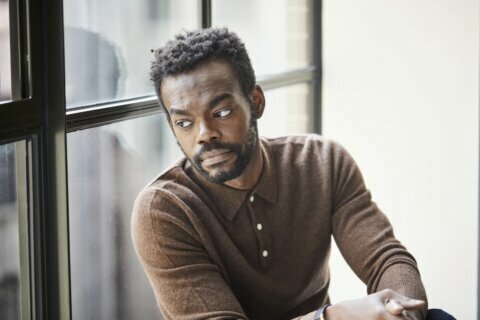