Mike Richards is out as producer of ‘Jeopardy!’ and ‘Wheel’

Mike Richards is out as executive producer of “Jeopardy!”, days after he exited as the quiz show’s newly appointed host because of past misogynistic and other comments.
Listen now to WTOP News WTOP.com | Alexa | Google Home | WTOP App | 103.5 FM

LOS ANGELES (AP) — Mike Richards is out as executive producer of “Jeopardy!”, days after he exited as the quiz show’s newly appointed host because of past misogynistic and disparaging comments.

Richards is also no longer executive producer of “Wheel of Fortune,” according to a memo to staff that was confirmed by Sony Pictures Television, which produces both of the shows.

“We had hoped that when Mike stepped down from the host position at Jeopardy! it would have minimized the disruption and internal difficulties we have all experienced these last few weeks. That clearly has not happened,” Suzanne Prete, an executive with the game shows, said in the memo.

The lag between Richards’ Aug. 20 decision to step down as host and Sony’s announcement Tuesday was filled with speculation about why the studio was keeping him on. “Jeopardy!” fans called him unsuitable for the venerated show, and there were reports of dissatisfaction by staffers.

“Richards has been perceived as damaged goods since the moment the scandal broke,” said crisis public relations expert Eden Gillott, referring to Richards’ podcast remarks. “It’s surprising that Sony kept Richards on as executive producer for as long as it did.”

In her memo, Prete said she will work with Richards’ interim replacement, Michael Davies, until further notice. Davies produces ABC’s “Who Wants to Be A Millionaire.”

James Holzhauer, a “Jeopardy!” champion who mocked Richards when he surrendered the host job, weighed in Tuesday.

“Do I think Mike Richards’s podcast comments were appropriate for polite society? No. But did he deserve the benefit of the doubt for the job he did running Jeopardy? Also no,” Holzhauer tweeted.

“I really want the “Tiger King” style documentary on this whole thing,” Bell posted on Twitter.

Richards had signed an overall development deal with Sony in 2019, and was announced as executive producer of “Jeopardy!” and “Wheel of Fortune” in May 2020.

He quickly became controversial when he went from behind-the-scenes to Sony’s pick for host of “Jeopardy!” — even before his 2013-14 podcast comments demeaning women and making stereotypical remarks about Asian, Jews and others surfaced.

Anointing Richards as successor to the admired Alex Trebek was a questionable choice to some, especially since the studio had conducted a splashy search with guest hosts that included actors, sports figures, journalists — and Richards.

Questions were raised about whether Richards had put his finger on the scale in favor of himself, and whether he had the gravitas that was seen in other candidates, such as fan favorite LeVar Burton. The decision to bypass a person of color or a woman for the flagship show also was criticized, although guest host Mayim Bialik was named host for prime-time “Jeopardy!” specials.

The episodes that Richards taped during his short tenure as host are scheduled to air when the show returns for its 38th season starting Sept. 13; a do-over with a substitute host would be a slap at the contestants and further undermine the show.

Richards largely had game and reality shows on his resume, but “Jeopardy!” is widely regarded as something more: A contest that adheres to civility and is won on the basis of knowledge, and which had long been stewarded by the dignified Trebek. He died in November 2020 at age 80, shortly after taping his final shows.

Richards’ comments on his “The Randumb Show” podcast were reported by The Ringer website, and the ensuing furor prompted him to announce that staying on as host would be “too much of a distraction for our fans” and wrong for the show.

On the podcast, Richards used derogatory, crude language about women and their bodies and disparaged the homeless, among others.

There also was renewed attention to Richards and his 2009-18 tenure as a producer on “The Price is Right.” Several lawsuits had been filed by former models against the show alleging discriminatory behavior, including one which named Richards. He reportedly was dropped from it before a settlement was reached.

When Richards exited as host, Sony said the podcasts and their contents came as a surprise, vowing to hold him to a standard of “professionalism and respect” as producer.

That Sony failed to properly scrutinize Richards from the start was unsupportable, said Gillott, president of Gillott Communications.

The studio “created turmoil within the organization because it didn’t ask the right questions in its search for a host, hesitated in responding to the controversy, and didn’t sever all ties quickly,” she said.

Q&A: Mélanie Laurent on her love of directing and actresses 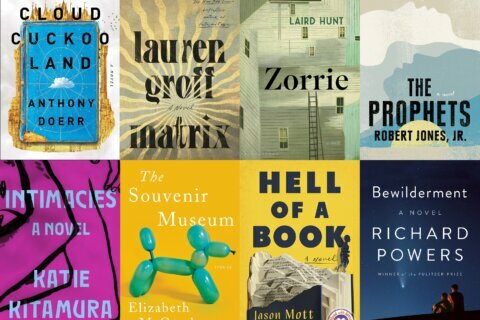 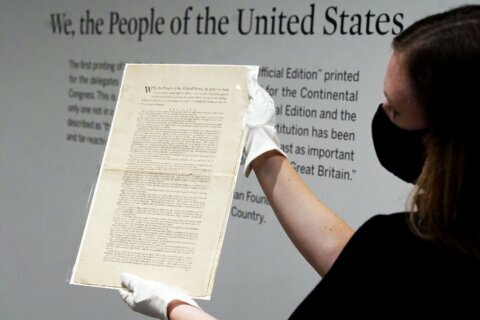