NEW YORK (AP) — When Dax Shepard and Monica Padman recently welcomed Harry, the Duke of Sussex, on their “Armchair Expert” podcast, the chat with the prince settled a debate between the two of them.

“We’ve been arguing about royalty for a year and a half because (Padman) loves ‘The Crown’ and I’m always poo-pooing it,” said Shepard. “That just felt very simulation theory like, what are the odds now that we have a representative of this debate who is going to join us in person? And, then, what are the odds I’m going to just fall in love with the dude because he’s so normal and was in the army and stuff?”

“I remained in love,” quipped Padman during a recent interview ahead of the podcast making Spotify its exclusive home on Thursday.

“Armchair Expert” isn’t the first or only podcast to feature long-form conversations, but Shepard’s no-airs approach to his guests often gets them to let their guard down.

In the interview with Harry, Shepard broke the ice by showing him a calendar Padman had made for him as a joke featuring various male body parts that he aspires to emulate. (Shepard has long pontificated about his appreciation of a fit, strong, male physique and even dedicated an “Armchair” episode to the topic.) With Harry, the fact that Shepard dared to broach this conversation with a member of the British royal family was not only bold, but perhaps allowed the duke to go off script.

“Why am I not September,” joked Harry, whose birthday falls in that month. He then suggested his contribution to a future calendar could be a photo of the top of his head. “It’s bald and it’s ginger.”

It’s moments like these that tickle Shepard. Another example: a conversation with Hillary Clinton. He went in with talking points but the conversation steered into the former politician’s house-cleaning process.

“Now you’re on minute 10 of learning about her cleaning from the basement up to the attic. That’s the order. And Bill’s got too many DVD’s he’s saving, like those moments are just so spectacular for us.”

Shepard willingly opens up about his own struggles which he believes helps others to do the same. He’s spoken about his drug and alcohol addiction, a recent relapse using prescription drugs, his insecurity about money and being sexually abused as a child.

“I will share something first to get the ball rolling almost as an act of good faith,” said Shepard. “Like, ‘I’m willing to talk about this. And if you feel inclined to, you can see this is a place where at least I feel safe to do that.’”

Shepard and Padman hope a new Spotify partnership expands their listenership globally. Beginning Thursday, the “Armchair Expert” library of 341 episodes plus new shows going forward and its companion series “Experts on Experts” will be exclusive to Spotify at no cost to listeners. To mark the occasion, Barack Obama will be their first guest.

The five other shows under the “Armchair Umbrella” production company — including the new “Shattered Glass” podcast co-hosted by Padman and Shepard’s wife, Kristen Bell, are available on Spotify and other podcast platforms.

Both Shepard and Padman agree they’ve experienced personal growth thanks to “Armchair.”

For Shepard, a self-professed “blowhard,” he’s also learned to be quiet sometimes. In the early days of the show, it wasn’t edited down, so pauses or dead space terrified him. Now, he doesn’t feel the need to talk and talk.

“I think through 800 hours of doing this, I have gotten more disinterested in myself, which I think is very healthy. I don’t need to hear my opinion as much as I used to,” he laughed.

Padman has found fame in a way she didn’t imagine for herself.

“I moved to Los Angeles for acting so I had an idea of what it would look like if I became well-known. This is not that. If somebody runs into me on the street and they know me from the podcast, they really know a lot about me. It’s not a character. So that’s been interesting,” said Padman, who originally was hired by Shepard and Bell as their children’s nanny. That morphed into becoming Bell’s assistant, and then she became a producing partner with each of them on different projects.

Padman accepts she’s now an important part of the show’s identity. In its early days, she only did a fact-check segment at the end to correct Shepard if needed. Over time, Padman began to join in the conversation and ask questions of the guests.

“A lot of people who are on the show now know the dynamic and they know I’m there and I co-host and produce it. But sometimes they don’t. We had Luke Wilson on recently and he came in we were just chatting and he’s like. ‘So, what do you do?’ I was like, ‘Oh, I produce and co-host the show.’ And he’s like ’Oh, I didn’t know that.’ At the beginning if that had happened I probably would have gotten very triggered by that. Now, that part is gone and I think it’s because there’s some security within what we built.”

“Armchair” will continue to record their show from an attic in Shepard’s home that he often jokes is continually under construction.

Padman won’t be far away. She’s purchased a home across the street. 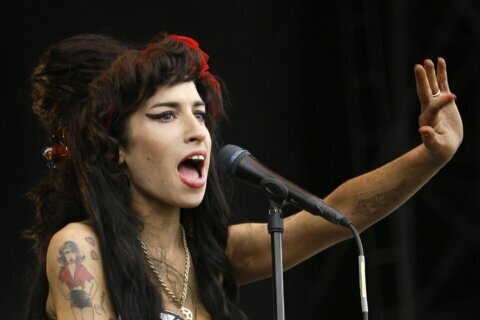 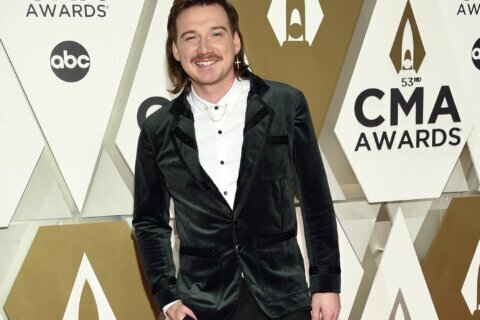