NEW YORK (AP) — Amanda Knox is speaking out about her name being associated with the new film “Stillwater,” saying any connection rips off “my story without my consent at the expense of my reputation.”

“Stillwater” stars Matt Damon as a father who flies to France to help his estranged daughter, Allison, played by Abigail Breslin. She has been convicted and imprisoned for murdering her girlfriend in Marseille, in a case that has generated lurid headlines. Knox is never named on screen, but in interviews the filmmakers have noted her sensational case was an initial jumping off point for the script.

In tweets and an essay on the site Medium, Knox called out various publications and director Tom McCarthy for using her name to promote the movie. She wrote that his “fictionalized version of me is just the tabloid conspiracy guiltier version of me.”

“Does my name belong to me? Does my face? What about my life? My story? Why is my name used to refer to events I had no hand in? I return to these questions because others continue to profit off my name, face, and story without my consent,” she wrote.

Knox was the subject of worldwide headlines after the murder in Perugia, Italy, of British student Meredith Kercher in 2007. Knox and Knox’s then-boyfriend were placed under suspicion. Both were initially convicted, but after a series of flip-flop decisions, Italy’s highest court threw out the convictions in 2015. An unrelated man is serving a 16-year sentence for the murder.

“By fictionalizing away my innocence, my total lack of involvement, by erasing the role of the authorities in my wrongful conviction, McCarthy reinforces an image of me as a guilty and untrustworthy person,” Knox wrote.

At the Cannes Film Festival earlier this month, where “Stillwater” was screened, McCarthy said Knox’s case served as an “initial inspiration point but not much beyond that. I just had a daughter then and I thought how it would be like.”

In an interview with The Associated Press to promote “Stillwater,” Breslin said she “didn’t want to kind of copy or mimic” Knox’s legal ordeal. “It’s loosely inspired by that case, so I didn’t want to try and do a recreation of that. I want Allison to kind of be her own stand-alone character, but it was definitely great to have that for a reference.”

Many reviews and feature stories about “Stillwater” have mentioned Knox as an inspiration for the plot, including The Associated Press. The film opens Friday. The studio releasing the film, Focus Features, didn’t immediately respond to emails Friday. 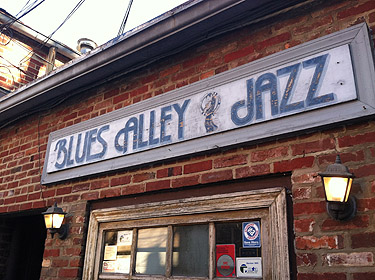 Blues Alley reopens in Georgetown: ‘Rumors of our demise have been greatly exaggerated’