In the preface to his new book, Alan Maimon writes that he’s “not here to take shots at J.D. Vance’s ‘Hillbilly Elegy,'” but then he eviscerates Vance’s bestseller with stiletto precision.

“The message: He made it out,” Maimon writes. “Why can’t the rest of you lazy Appalachians? When we ask this question we misunderstand the region’s problems.”

That’s not the only contradiction in “Twilight in Hazard: An Appalachian Reckoning.” Writing about his time as the Hazard, Kentucky, correspondent for the Louisville Courier Journal, Maimon, who grew up in Philadelphia, acknowledges the disdain Appalachians have for outsiders traipsing in to define them and then offers his own assessment. He recounts the flood of journalists descending to explain “Trump country,” then expounds at length on former President Donald Trump’s appeal there.

Despite those contradictions, “Twilight in Hazard” paints a more nuanced portrait of Appalachia than Vance did. It shines brightest in describing some of the area’s colorful characters, from longtime Hazard Mayor Bill Gorman to Chris Fugate, who left his job as a state trooper to become a preacher ministering to people he once arrested. They are fully and generously portrayed.

Maimon’s exploration of Trump’s appeal feels accurate if not surprising. His takes on poverty, drug addiction and the decline of the coal industry don’t ignore the region’s history of exploitation, not to mention the indifference of its political leaders.

The book has its flaws, including minor errors of fact. Maimon bemoans the shrinkage of newspapers, noting its impact on the region, but his account of his own departure from the Courier Journal veers into ax-grinding.

In his summation, Maimon serves up one last contradiction.

He clearly gets the irony that he’s been doing some reckoning himself.

And maybe that’s OK. Intentionally or not, Maimon has written a worthy addition to the collective body of smart rebuttals to Vance’s book, and on some level its contradictions make sense. Appalachia is, after all, a region where beauty and tragedy have long lived together, side by side, with an intensity few other places in America have known.

Stroud is the Appalachia news editor for The Associated Press. 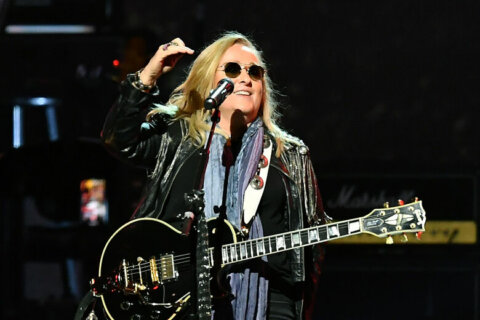