There are some admirable things in “ Zola,” the movie based on a viral Twitter thread about an unwitting dancer…
Listen now to WTOP News WTOP.com | Alexa | Google Home | WTOP App | 103.5 FM

There are some admirable things in “ Zola,” the movie based on a viral Twitter thread about an unwitting dancer who gets caught in an ever-escalating nightmare in Florida.

Taylour Paige is phenomenal, for one. The movie, though, is a bold and admirable experiment that doesn’t totally work.

Paige plays A’Ziah “Zola” King, the author of said thread who in 2015 recounted, in 148 tweets, the time she decided to take a road trip to Florida with a sex worker Stefani (Riley Keough), her boyfriend Derrek (Nicholas Braun, who has made awkward humiliation his go-to mode), and her “roommate,” X (Colman Domingo), an inscrutable and dangerous character, whose mood shifts as violently as his accent. The names have been ever so slightly changed from the ones in the thread (Jessica, Jarrett, Z).

The odyssey begins, as most positive odysseys don’t, at a seedy restaurant in Detroit. Zola is waiting on Stefani and it is, if not love, heart emoji-filled infatuation at first sight. They talk about their side gigs as dancers, begin a text flirtation and soon enough, Stefani is inviting Zola to join her on a road trip to Tampa, Florida, to hit the clubs and see how much they can make.

Director Janicza Bravo paints this world with a garish palette. Everything is neon, cheap and lit with fluorescent lights that exacerbate the cheapness and neon-ness. This is intentional, of course, but it does not seem to have been done with love.

Keough, who is white, plays Stefani like a vulgar child appropriating and affecting an accent that she thinks sounds Black. It is its own kind of nightmare. And while Zola, who is Black, never gets any dialogue to comment on this and some other downright racist things, Paige’s eyes and performance tell the audience most of what they need to know: This is not OK. This is not funny. This is something she is merely getting through so that she can make some money in the Sunshine State and go home.

But going home is not as simple as she thinks. X, who she has now deduced is a pimp, has other plans for the girls and it involves more than a pole. Zola is uninterested in sex work. Stefani is. Against her will, she finds herself trapped with her helpless new friend and decides to take pity on and help her get paid fairly for what her services are worth after noticing that she charges only $100 for sex. This, unfortunately, also makes Zola even more valuable to X and her journey with this deranged bunch continues.

The Twitter thread itself was a wild and well told story that fit its medium perfectly — it was funny and strange, a little scary and full of personality. “Zola” the movie is not that. The film leans into the attitude and the language that so captivated bored scrollers for a few days six years ago, but here we are forced to experience these truly horrifying events with Zola, who it becomes achingly clear is just trying to survive. And it is neither fun, funny, exciting or even particularly illuminating. It just feels tragic and traumatic. It seems telling too that while Bravo co-wrote the script with Tony-winning playwright Jeremy O. Harris, Zola’s writing is the dialogue that pops.

Someone more generous might see “Zola” the film as a commentary on exploitation. But it never seems to decide if we are making fun of the characters or not. Are we being asked to find this world entertaining? Braun’s performance seems to suggest yes. Paige’s doesn’t. It also can’t seem to reconcile its own tone as the violence and stakes escalate.

In the end, it feels like we’re just supposed to gawk in disbelief at the mess and hope that we, and Zola, can emerge from the experience relatively unscathed. In other words, the exact opposite feeling of reading that incredible thread.

“Zola,” an A24 release in theaters now, is rated R by the Motion Picture Association of America “for strong sexual content and language throughout, graphic nudity, and violence including a sexual assault.” Running time: 90 minutes. Two stars out of four. 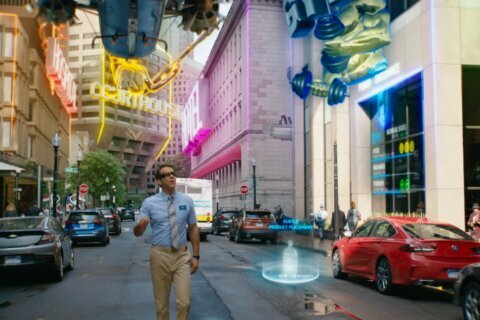