Amy Poehler was never a Riot Grrrl. She says she wasn’t cool enough to be part of the scene popularized by bands like Bikini Kill. But the spirit of the ’90s feminist movement always resonated with her.

So it wasn’t a surprise that she found herself drawn to “ Moxie,” Jennifer Mathieu’s book about a quiet 16-year-old who gets inspired by her mother’s Riot Grrrl days (and a vintage leather jacket) to create a ‘zine of her own to rail against the misogyny and racism in her high school. Her adaptation hits Netflix on Wednesday and, yes, Bikini Kill frontwoman Kathleen Hanna provided much of the music.

“It’s this really beautiful example of how YA can tackle these big feelings and big issues in a very human way. I loved how romantic it was, how sweet, how funny and complicated it was. I also enjoyed the way in which she talked about activism and the movement and finding your voice through different characters,” Poehler said.

“It was almost like each character was on the spectrum of trying to make real change happen. And you could use these characters to talk about something bigger, because at the end of the day, you don’t want your stuff to be feel like homework.”

Poehler has long been interested in inspiring the next generations of young women. In 2007 she founded a YouTube Channel dedicated to that mission. “Amy Poehler’s Smart Girls” is still going strong, too. Recently the Disability Project at the Transgender Law Center took over the page to discuss topics like decriminalizing disability.

On “Moxie,” she got to reach across the generational line in a different way and work with a cast of young, up-and-coming talents like Hadley Robinson, who plays the ’zine creator Vivian, and Alycia Pascual-Pena, as Lucy, the outspoken new girl in school who gets bullied by the school’s star athlete, played by Patrick Schwarzenegger.

“I am so inspired by the actors. I like the way they look at the world. We talk about this in the film, but sometimes when there’s some miles behind you, you have to unlearn things and you have to realize you don’t know you and things have changed,” Poehler said. “Young people remind you not to always accept the status quo. It’s not always comfortable, but growing is not usually a comfortable feeling all the time.”

Poehler brought activists and speakers to set to set the tone and help on days when sensitive subjects were being discussed. And everyone was excited to dive into the issues.

“I was really lucky to viscerally connect with Lucy,” said Pascual-Pena, who also stars in the “Saved by the Bell” reboot. “Her activism and revolutionary spirit are all things I strive to have in my own life.”

Pascual-Pena said Poehler created an open and empowering environment for the young cast, most of whom were a few years older than the characters they were playing. She got a say in her own wardrobe and many of the clothes she wears are from her own closet, like the Dr. Martens she’s had since the 8th grade and a Stacey Abrams shirt. She was also intrigued by the Riot Grrrl ethos, but, as the film acknowledges, it had its own shortcomings.

“They were fighting for progression and they’re fighting for equality, but they got a lot of things wrong. There should be more intersectionality,” said Pascual-Pena, who is Afro-Latina. “Amy is a wise and phenomenal activist and ally and knew that that needed to be said in the film.”

All the actors were in awe of their director. Robinson said she is “one of the greatest humans I’ve ever met” and Nico Hiraga, who plays the lovable woke skateboarder Seth, said she was a saint and a second mom who “doesn’t make it feel like work.”

Poehler also co-stars as Vivian’s mom. She hadn’t gone into the project intending to play a role, as she’d just directed herself in “Wine Country.” But she felt herself getting attached to the character and the nuanced relationship with her once well-behaved daughter who starts getting into trouble as she finds her voice.

“I do feel strongly that often mothers in films get really flattened. They become really one-dimensional. They kind of stop being women,” Poehler said. “The mothers I know that are my age are really juicy, complicated, awesome, interesting women who have these very complicated, intricate conversations with their daughters.”

The book may be categorized as “young adult” but Poehler hopes that it’s for everyone and something that parents can watch with their teens.

“The hope would be that there’d be a few generations that can relate to it at the same time,” Poehler said. “Women have to try to interrupt the system, disrupt the system, work within the system, become the system, and then look at the system and say, ‘Is this even the system I want to be participating in?’ All that stuff never ends, no matter your age.” 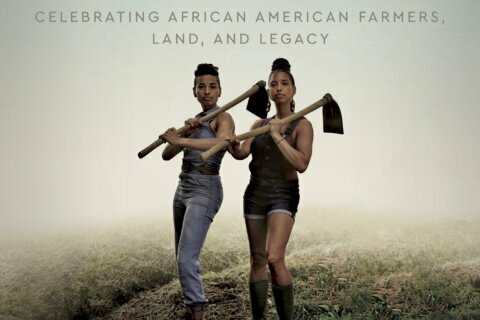 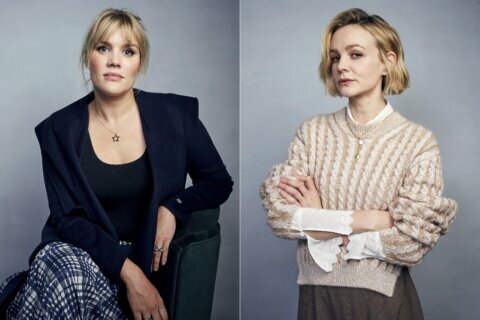 On ‘Promising Young Woman,’ consent, and a harrowing ending