Review: In ‘Malcolm & Marie,’ an ego trip not worth taking

Shot in slinky black-and-white, with John David Washington and Zendaya playing a sharply dressed couple just back to their stunning, modernist Los Angeles home, “Malcolm & Marie” has the stylized appearance of “Who’s Afraid of Virginia Woolf,” as well as the cocktails and shouting matches.

But if Edward Albee’s scathing play and Mike Nichols’ scalding screen adaptation used the anger and pain of a boozing couple to burrow brutally into marriage, the domestic fury of writer-director Sam Levinson’s millennial melodrama is glossier and sexier but of far less substance. In self-indulgent dialogue reverberating around ego, art and filmmaking, “Malcolm & Marie” more reflects a Twitter argument brought to life, with film-theory sparring between Malcolm (Washington), a director, and Marie (Zendaya), the young woman who inspired his just-premiered film. For such a well-heeled film, it’s strikingly, frustratingly hollow.

Conceived and shot stealthily during the pandemic, “Malcolm & Marie” (debuting Friday on Netflix) has the benefit of feeling fresh at a time when little else does. At first, Levinson’s camera glides back and forth outside the house, peering through the windows, as Malcolm and Marie return home. It’s 1 a.m. in Malibu and Malcolm is amped from the triumphant premiere of his film. “Did you see the audience? I said did you see in the audience?” he exclaims in between fixing a drink and turning the music up. But Marie is less enthused. In Malcolm’s long list of thank yous, he omitted her name, even though the film — she claims, he disagrees — is about her life as a recovering drug addict. (Levinson created the HBO series “Euphoria,” starring Zendaya as a teenager out of rehab.)

Credit is only one of the points of contention, as the two exchange body blows in between bouts of romance, bath tubs and mac ‘n cheese. She calls him a fraud. He needles her stalled career as an actor. But the dominant thread is Malcolm’s ongoing criticism and debate about how his work is received “through a political lens.” As a Black man, he resents critics comparing him to Barry Jenkins when he considers William Wyler a more fitting comparison. “Not everything I do is political just because I’m Black,” he says.

Malcolm, in full-throated monologues, attacks how identity politics and “authenticity” are the prevailing metrics of film criticism, rather than what’s on screen. It’s a, let’s say, interesting argument to voice through a Black character written by a white man. Is Malcolm a mouthpiece for Levinson? Should it matter?

Either way, “Malcolm & Marie,” as much as its two performers have dedicated themselves to the material (Washington, in particular, is fabulously limber and electric compared to his necessarily more dour performance in Christopher Nolan’s “Tenet”), never convinces that it’s an ego trip worth sticking around to listen to. This is especially true once Malcolm seizes on a critic he calls “the white lady from the Los Angeles Times” who, to him, epitomizes what’s wrong in film criticism. Marie is dubious of this judgment and calls herself a “spiritual sister” to the (we hope) fictional critic. Is this all a two-headed personification of an inner-monologue of Levinson’s? One that plays out both sides of a director’s (rather tedious) complaint?

Maybe all of this is meant to be part of the meta playfulness of “Malcolm & Marie,” which attempts to preempt certain responses as it goes along. Either way, it’s not an especially rewarding game. It comes out self-absorbed, regardless.

As cinematography, “Malcolm & Marie” (shot by Marcell Rév) is great. As cinema, not so much.

“Malcolm & Marie,” a Netflix release, is rated R by the Motion Picture Association of America for pervasive language, and sexual content. Running time: 106 minutes. Two stars out of four. 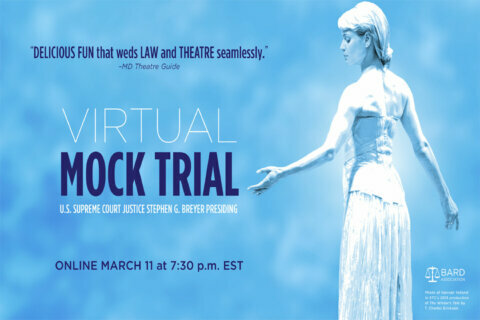