RALEIGH, N.C. (AP) — Margaret Maron, a prolific North Carolina-based mystery writer whose book series won her major awards and plaudits in the genre, has died at age 82, a family member said on Sunday.

Maron died on Tuesday at a hospice center in Raleigh from stroke-related complications, according to her son, John Maron.

Maron is best known for the Sigrid Harald series of books, which focused on a New York police lieutenant, and the Knott series, which was about a North Carolina judge.

Her first Deborah Knott books won the four major mystery-writing awards, including the Edgar and Agatha, The News & Observer of Raleigh reported. She received the North Carolina Award, the state’s highest civilian honor, in 2008, and was later inducted into the N.C. Literary Hall of Fame.

Born in central North Carolina, Maron met her future husband while they both worked at the Penatgon. Joe Maron was a naval officer. They ultimately moved to Italy and to Brooklyn.

It was in New York that she learned how to write, according to the formal obituary she penned before she died. Alfred Hitchcock’s Mystery Magazine published her first story in 1968, the obituary said.

The Marons moved to Johnston County, just outside of Raleigh, in the early 1970s. They have built a vacation home carved out on the farm of her mother’s family.

In addition to her husband and son, Maron’s survivors include a sister and two granddaughters. Funeral arrangements are private. 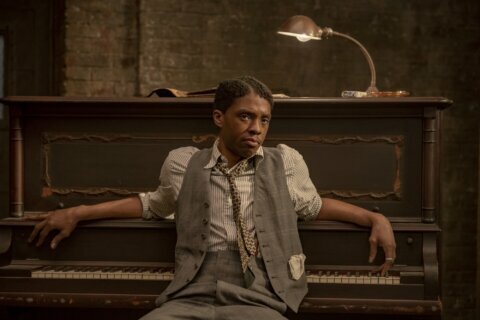