NEW YORK (AP) — After unexpected video appearances by Madonna and Johnny Depp, all that seems missing from former President Donald Trump’s impeachment trial is someone trying out a new dance routine.

Trump’s lawyers fully embraced a TikTok defense on Friday, using manipulated video to complain about manipulated video and relying on rapid-fire, repetitive imagery. The approach seemed the ultimate end of a proceeding where the use of media by both sides to make their arguments — sometimes chaotically, sometimes effectively — took center stage.

Or, perhaps, 2011. The Trump team’s presentations owed an obvious debt to the creative use of video from the heyday of “The Daily Show” and other late-night comedies. They were seemingly created by someone who searched for phrases such as “fight like hell” and “throw a punch” and spliced together all the examples they could find, mostly from Democratic politicians.

The intent was to blunt the impact of Trump’s words leading up to the Jan. 6 riot at the Capitol, suggesting that they were little more than regular political rhetoric and that Democrats were hypocrites because they use the same language.

The risk, however, is that taking words out of context, and seemingly stringing them together for comic effect, distracted from the points they were trying to make.

“It called attention to the fact that their whole argument was a sleight of hand in the first place,” said Robert Thompson, director of the Bleier Center for Television and Popular Culture at Syracuse University.

Madonna and Depp made brief appearances in clips in which they bashed Trump.

Still, it was an approach designed to appeal to modern media consumers, those who would quickly click away from droning speeches and legislative points of order.

Video presented by the House managers earlier in the week was a vital part of their case, starting with a sobering, 13-minute clip with violence and explicit language that made the actions of the mob of Trump supporters chillingly personal.

On Wednesday, newly unearthed video from inside the Capitol showed then-Vice President Mike Pence and Sens. Mitt Romney and Chuck Schumer hustling to safety and gave a more dramatic view of the day’s danger than had been seen before. Body camera footage from police officers being attacked left many viewers shaken.

“The prosecution, right from the get-go, was very effective,” Thompson said. “The only question one might have is whether they repeated that effectiveness too much.”

They also left room for a line of attack for Trump’s lawyers. On Friday, Trump’s team played extended clips of the former president speaking at a rally before the riot and at a news conference following a racial confrontation in Charlottesville, Virginia, suggesting that shorter versions presented by the House managers had been deceptively edited.

That line of defense illustrated that the way House managers edited some of its video was “a colossal mistake,” said Fox News Channel analyst Jonathan Turley.

“They landed a couple of haymakers today,” Turley said.

Trump’s team found video of participants in the impeachment trial calling past elections into question, even digging back to find a 2005 speech by House Speaker Nancy Pelosi. Using arguments frequently made on cable television, complete with their own vivid images taken during civic unrest last summer, the lawyers tried to depict Democrats as being more understanding of violence when it supported causes they were sympathetic with.

In a trial without witnesses, the House managers relied heavily on media reports and interviews. Trump’s defenders, in turn, suggested a reliance on journalists was unreliable and, again, used video to drive home that point, airing clips of House managers referring to “reports.”

Each side was able to go into an editing room with the same speech and emerge with clips that buttressed their points. That, too, directly descended from the way Jon Stewart’s team at Comedy Central used video archives and adept editing to tell stories they wanted to tell.

Ultimately, it was a fully modern impeachment trial, with hours spent in video editing rooms likely rivaling the time spent with lawyers. 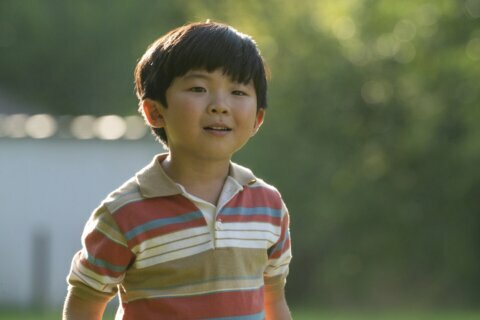