Review: Italian ‘Pinocchio’ takes the puppet to its roots

The latest cinematic rendering of “ Pinocchio, ” from Italian director Matteo Garrone, is informed not by the friendly 1940 Walt Disney retelling, but the original source material. Carlo Collodi’s 1883 novel “The Adventures of Pinocchio” is a much darker affair than the song-filled animated version and Garrone’s film is also a more intense experience, even if he too has softened some of Collodi’s edges. The result may not be suitable for all children, but it is a strange, visionary and enchanting old-world fairy tale that any fan of Guillermo del Toro’s films or Wolfgang Petersen’s “The NeverEnding Story” should give a chance.

It’s unfortunate though understandable that the Italian film has been dubbed into English for its North American theatrical release, making it slightly annoying for adults but ultimately more accessible to children. The best you can do under these circumstances is to just try to ignore it because, for now, it’s the only way you can experience it in the U.S.

Blending realism and fantasy, Garrone’s film takes us back to an impoverished Tuscany where Roberto Benigni as Geppetto sculpts a young boy puppet out of an enchanted piece of wood and begs it to come to life. He’s desperate for a son and overcome with joy when he gets what he wished for. But Pinocchio, played by Federico Ielapi, does not emerge grateful: He is restless and naughty, which is partly naivete and partly mischievousness. It’s not too long before his disobedience finds him far away from home in the company of less than savory characters who he is too trusting of. And Pinocchio must embark on a dangerous and epic odyssey to try to find his way back to Geppetto and safety.

This Pinocchio is perhaps one of the more realistic depictions of what a wooden puppet that’s come to life might look like. His look is almost identical to Enrico Mazzanti’s original drawings and translated to this live-action film through a combination of computer graphics and makeup from Mark Coulier, the Oscar-winning makeup artist behind “The Grand Budapest Hotel.” It is a remarkable achievement in special effects.

The production design is equally noteworthy, from Geppetto’s workshop to the stunning home of the blue-haired fairy who watches over Pinocchio. Although the naturally beautiful Italian landscapes threaten to upstage a lot of the work. Benigni is also particularly strong in the film, although his screen time is brief and just at the beginning and end.

“Pinocchio” was never my favorite as a child and I’m probably not alone but there is an obvious continuing appeal to the story and its lessons. And although the world was not lacking for “Pinocchio” adaptations, there are still many more to come. Soon we’ll have a Robert Zemeckis version with Tom Hanks on Disney+ and a Guillermo del Toro stop-motion animated one on Netflix with Ewan McGregor, Tilda Swinton and Cate Blanchett. Before we’re overwhelmed by such starry fare and accessible fare, however, you might also make time for this one too. It has the makings of a stealth classic.

“Pinocchio,” a Roadside Attractions release, is rated PG-13 by the Motion Picture Association of America for “some disturbing images.” Running time: 125 minutes. Three stars out of four. 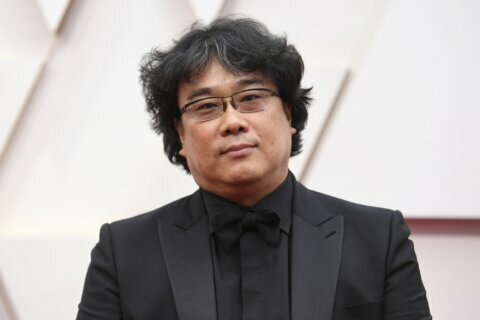