NEW ORLEANS (AP) — Chicago’s South Side comes alive through the writings of Gabriel Bump’s debut novel, “Everywhere You Don’t Belong,” which has earned him recognition as the 2020 winner of the Ernest J. Gaines Award for Literary Excellence.

The nationally acclaimed award, which recognizes outstanding work from African American fiction writers, is in its 14th year and comes with a $15,000 prize given by the Baton Rouge Area Foundation. Bump will receive the award in a virtual ceremony Jan. 28.

“When I got the call, I spent a couple of minutes making sure they were serious and I wasn’t being pranked,” Bump told The Associated Press. “It’s a surreal moment in another surreal year.”

Bump said many of his favorite authors have won the award, including last year’s winner, Bryan Washington.

“These are people I really look up to and to be included with them for this recognition is still incredible to me,” Bump said.

“Everywhere You Don’t Belong” chronicles the coming-of-age of Claude McKay Love, a young man living with his grandmother in the 1990s. Love deals with typical issues — love, neighborhood violence, peer pressure — as he tries to determine his life’s path and a place to safely “belong.”

“Emotionally,” Bump said, “there’s a lot of me in this book. What’s happening to the characters on the inside I pulled from myself and put on the page. But the events surrounding that I wanted to make up into this fantastical weird world.”

He said he hopes the reader will fall in love with the characters like he did.

“I hope readers can get a lot out of Claude, an unspectacular kid, but a real nice, sweet person,” he said. “There’s all this great creative work coming out of Chicago and I hope this just adds another piece to the puzzle. I hope people come away with a better understanding of being raised in this city that I love very much as a Black person living in that part of the world.”

Bump began writing in high school in Chicago and thought his efforts would eventually lead him to a career in journalism.

“But I took a creative writing class at the University of Missouri on a whim and I just had a lot more fun doing that,” he recalled. “What attracted me to journalism was the story telling aspect of it. You create a story out of information you gather. But the transition to fiction was natural. I didn’t necessarily like the work-work of journalism. I just like making stuff up more.”

Bump’s creative juices led him to earn a Masters of Fine Art in Fiction from the University of Massachusetts at Amherst. After graduate school, he moved to Buffalo, New York, where he’s been working on his second book and other projects, including a screen adaptation of “Everywhere You Don’t Belong.”

It took about seven years before his first novel was fully developed.

“I think for me, the most challenging thing was trying to create a story about all these characters and make it come together, to flow,” Bump said. “Even now, there are things I would have done differently.”

Bump said he didn’t know if an MFA was the right choice for all writers.

“It was right for me because I’m someone who can be kind of a bad combination of hard-headed and lazy and I needed the structure at the time. It was really helpful.”

He encouraged young writers to read as much as they can and they’ll find that the common factor is that authors love what they’re doing.

“To do this impractical thing, you have to really love it,” Bump said. “Writing is a total part of me.”

The award is named for Gaines, a Louisiana native who died in 2019 at the age of 86. His novel, “The Autobiography of Miss Jane Pittman,” was adapted into a television movie that won nine Emmy awards. His 1993 novel, “A Lesson Before Dying,” won he National Book Critics Circle Award for fiction. 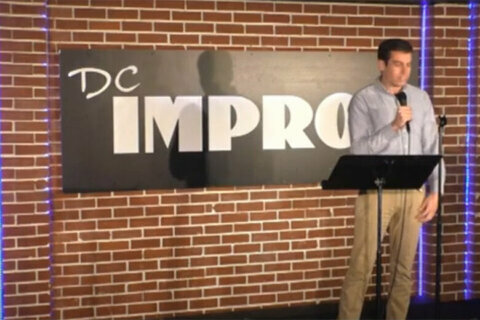