NEW YORK (AP) — A leading independent bookstore, the Colorado-based Tattered Cover, has been sold to a group of investors and will become the country’s largest Black-led bookseller.

An investment group led by Denver natives Kwame Spearman, who will serve as CEO and operations manager, and David Back purchased the Tattered Cover for an undisclosed amount of money. The previous owners, Len Vlahos and Kristen Gilligan, will remain in an unofficial capacity through June. They bought the store from longtime owner Joyce Meskis in 2015 and had enjoyed steady business until the pandemic this year led to a critical shortage of revenues.

The Tattered Cover opened in 1971, and now has four locations in and around Denver. The new ownership will have a board of directors including such industry veterans as John Sargent, the departing CEO of Macmillan, and Oren Teicher, the retired CEO of the American Booksellers Association, the trade group for independent stores. Other investors include Colorado Rockies owner Dick Monfort.

“This is not just a bookstore, this is the Tattered Cover,” Back, a former Tattered Cover cashier, told The Associated Press on Wednesday. He acknowledged that it was risky to purchase a physical bookstore during a time of growing dominance by Amazon.com. But he said that “risk and reward are always commensurate” and was optimistic that through a range of adjustments — from a stronger online presence to more in-store events — they can “build the foundations” for growth.

Teen whom Biden befriended as fellow stutterer has book deal 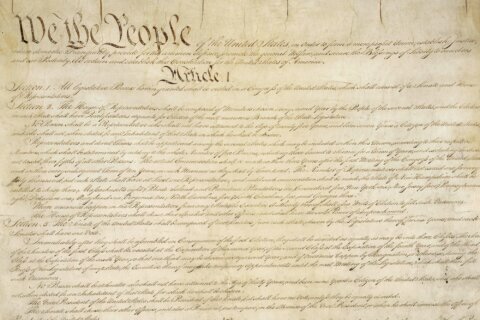 Sales of US Constitution topped 1 million during Trump years

Washington, Malek and Leto face off in ‘The Little Things’