Chris Hillman’s musical life from Byrds to Burritos and more

LOS ANGELES (AP) — Tom Petty once described him as one of rock music’s most well-kept secrets, and Chris Hillman is fine with that.

Sixty-one years after he picked up his first guitar, Hillman says music was never about becoming rich and famous, something he mocked in the whimsical 1967 hit “So You Want to Be a Rock and Roll Star” that he co-wrote with fellow bandmate Roger McGuinn for the Byrds.

It was never about getting into the Rock and Roll Hall of Fame, either, although Hillman, McGuinn and their fellow Byrds are there, too.

That’s thanks in large part to the group having laid the groundwork for the musical subgenres folk-rock and country-rock in the late 1960s with songs like Hillman’s “Between Time,” that put a driving, rock-based melody to a country heartbreak ballad, and the band’s interpretation of songs like Bob Dylan’s “Mr. Tambourine Man” that famously featured McGuinn’s jangling, 12-string electric guitar.

None of it was deliberate, but organic, Hillman says now, explaining how he went through a half-century of performance simply pursuing the music that he loved, from bluegrass to folk to country to rock.

“I just had such a passion for the music,” he said by phone recently from his sun-dappled hillside home overlooking the Pacific Ocean in Ventura, California.

“I never thought I would get paid,” added Hillman, a friendly, modest man of 76. “I was just having so much fun.”

That passion is revealed in his just-published memoir “Time Between: My Life as a Byrd, Burrito Brother, and Beyond.” It recounts how a carefree surfer kid from a small California beach town had his idyllic 1950s life redirected at age 15 when his mother, having given in to his repeated pleas, bought him a $10 guitar during a shopping trip to Tijuana, Mexico, with the promise that if he actually learned to play the thing she’d eventually help him get a better one.

Not that he didn’t face and overcome plenty of dark moments over the succeeding half-century, beginning with the first and probably darkest, his beloved father’s suicide when Hillman was just 16.

In the following years he’d see numerous friends fall victim to what he calls the hedonistic lifestyle that lured so many musicians of his generation.

Most prominent of them was likely Gram Parsons, who played with Hillman in both the Byrds and the Flying Burrito Brothers and died in a California desert hotel room of a drug overdose at age 26.

A few years before, Parsons and Hillman had written the song “Sin City,” a searing indictment of the Los Angeles music scene’s dark side of money, drugs and fame in those years with the words, “On the 31st floor, a gold-plated door, won’t keep out the Lord’s burning rain.”

Hillman, who credits his Christian faith with steering him past much of that tumult, doesn’t go into great detail about those moments in the book other than to observe that Parsons and others made bad choices.

“I didn’t want to write about somebody with a drug habit or finding them passed out or dying,” he says, adding he warned his publisher not to expect that.

“I’m not going to hand you a rock and roll salacious book because I didn’t really live my life like that,” he says he told them.

One could make the case that enough others already have, which is one of the things he says inspired him to begin his own book.

“A lot of people would write things who were not even around or alive at that point in time,” he says. “One book out, the guy never even talked to me.”

Initially he thought his would be something to set the record straight for his children and grandchildren. But as he progressed he began to see it as a story of redemption that might have broader appeal.

It tells how his mother held the family together after his father’s death, moving them from the bucolic San Diego-area beach town of Rancho Santa Fe to Los Angeles and, soon after, how she had enough faith in her still-teenage son to allow his return back so he could join the Scottsboro Squirrel Barkers, San Diego’s hottest bluegrass band at the time.

By this point he’d become skilled on both guitar and mandolin and he played the latter with the Squirrel Barkers, whose members also included Eagles co-founder Bernie Leadon at one time.

After moving on to another bluegrass ensemble he returned to Los Angeles, where he’d pick up the bass guitar this time and join the Byrds. Soon they were making country-rock and folk-rock history with songs like “Eight Miles High” and “I’ll Feel a Whole Lot Better.”

Over the years he would play in eight different bands alongside a veritable Who’s Who of LA musicians of the time, including David Crosby, Stephen Stills and Richie Furay.

“Roger asked me six months ago, ‘How many bands were you in?’ he says of McGuinn. “I said eight. He said, ‘That’s unbelievable.’

“I guess I kept all the insane people sane. That was my job in the band,” he says, laughing heartily before quickly adding, “No, just kidding.”

Staying close to home with his wife, Connie, these days because of the pandemic, he recently performed a concert from his office with his old Desert Rose Band mates Herb Pederson and John Jorgenson, at which he also offered signed books for sale.

He’ll do a live-streamed show sponsored by the Grammy Museum on Wednesday, but he’s anxious to get back in front of live audiences.

He recently took part in a “car concert” at the Ventura County Fairgrounds but says that just wasn’t the same.

“I’m singing and all I hear are car horns. That was their applause,” he says, laughing again. 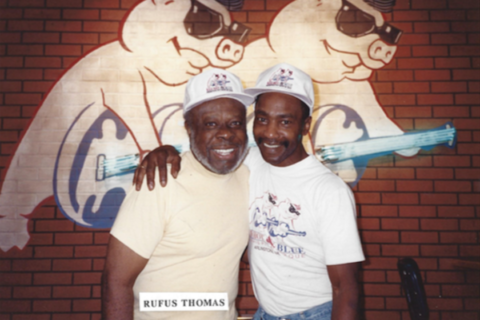