When a small indie film uses the title “Jungleland,” it's natural to expect that Bruce Springsteen's famous tune will be heard. But, as with much of Max Winkler's moody, tender movie, the answer is yes and no. There's Bruce, but not the song you expected.
Listen now to WTOP News WTOP.com | Alexa | Google Home | WTOP App | 103.5 FM

When a small indie film uses the title “Jungleland,” it’s natural to expect that Bruce Springsteen’s famous tune will be heard. But, as with much of Max Winkler’s moody, tender movie, the answer is yes and no. There’s Bruce, but not the song you expected.

“Jungleland” is about two brothers trying to rise out of unrelenting misery. It’s also a road trip movie and a love story. It has nods to “Rocky,” “The Transporter,” “Midnight Run,” “Pulp Fiction” and even the novel “Of Mice and Men.” And yet it’s moving and allegorical, lifted by wonderful acting.

Jack O’Connell of “Unbroken” plays Lion Kaminski, a boxer forced by circumstances to fight underground in bare-knuckle bouts. His big brother Stan (“Sons of Anarchy” star Charlie Hunnam) is his cornerman, coach, masseuse, sparring partner and bookie. Lion does the fighting while the business is all Stan’s. One has the muscle, one has the brains.

We meet them in New England as squatters, fighting bouts for a few hundred bucks a night and working at a sewing factory. But they have dreams — handmade Italian suits and silk shirts. “I can see our future when I close my eyes,” Stan tells his brother. They’re underdogs who even own a dog, a whippet called Ash.

When a fight goes bad, they’re on the hook for thousands of dollars they don’t have. Mobsters offer them an alternative to getting their legs broken: Drive cross-country to enter a no-holds-barred bare knuckle tournament called “Jungleland” for $100,000 — only if they also transport an enigmatic young lady (Jessica Barden) to Reno, Nevada.

If two is company, three is a crowd and the introduction of the girl destabilizes the brothers’ tight bond. She has her own motives but she makes them see each other. “You’re not his possession,” she tells the boxer. “People underestimate you.” Those two soon flirt and that threatens to tear the brothers apart and the plan.

It leads to a memorable showdown in a diner. “You use me,” Lion tells Stan. Stan replies: “I do everything.” Stan punches back, metaphorically: “I fight guys two-on-one in parking lots so you don’t get another felony.”

Winkler’s directing is top-notch, familiar with the nooks and crannies of ugly and dark modern life — truck stops and abandoned houses, crappy bathrooms, bus depots and basements. He doesn’t glamorize the bloody results of boxing, either. He has a way of showing tenderness and brutality in alternate scenes, with classical music layered into the basest of scenes.

The script — by Theodore B. Bressman, David Branson Smith and Winkler — never spoon-feeds emotion or information, letting naturalism rule. One lovely line is uttered by Stan about his brother: “He’s special. And I’ll never know what’s that like.”

This very American fable has been blessed with three remarkable performances, two from England. Hunnam, as the dreamer, is all nervous energy, hunting and bluffed confidence. O’Connell, as the puncher, has no airs or facade, just a wounded man clinging to hope. And Barden is perfect as a young woman who knows more than she lets on but reveals kindness under her danger.

The story comes to a boil — perhaps a little too neatly — when the fates of all three are determined in one huge moment. At this occasion, it’s clearly time for Mr. Springsteen, the troubadour of the forgotten, but “Jungleland” doesn’t play. Instead, his “Dream Baby Dream.” It’s not what you expect but it’s beautifully used. That’s apt for this fine film.

“Jungleland,” a Vertical Entertainment release, is rated R for “violence, some strong sexuality and language.” Running time: 93 minutes. Three stars out of four. 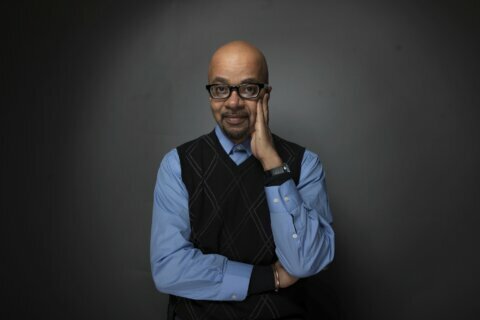