Few filmmakers can bring a rut to life like Sofia Coppola. When her characters are in a funk, whether it’s…
Listen now to WTOP News WTOP.com | Alexa | Google Home | WTOP App | 103.5 FM

Few filmmakers can bring a rut to life like Sofia Coppola. When her characters are in a funk, whether it’s a Hollywood actor in between jobs, a few lost souls in a foreign place or a Queen, it’s never the stuff of melodrama. She has an eye for the comedic banalities of the everyday like the excruciating awkwardness of a stilted conversation or, as in her latest “ On the Rocks,” the image of an overwhelmed mother trying to nap in the glaring sunlight while a Roomba bangs its way through the apartment.

She turns her camera this time to Laura (Rashida Jones), a well-off writer living in a SoHo loft with two young daughters and a husband, Dean (Marlon Wayans) who lately has been distant, physically and emotionally, while launching his new business. Laura is getting by, dressing in a kind of uniform (Breton stiped shirts, denim and a gold necklace) and trying her best to cling on to signifiers of a once simple and nice life. But her days are spent in a rush from morning to night getting her daughters to school, to naps, to ballet, to dinner, to the bath and to bed. Her Chanel purse is almost never carried without a stroller and a canvas Strand bookstore tote bag along with it and her beautiful ceramic Dutch oven is now just for making instant mac and cheese. She’s also on deadline for a book that she has no time or will to write. Her few moments of quiet are spent rearranging her desk and making labels for ideas folders.

So it’s almost a relief when she starts to suspect that Dean might be having an affair. He’s on the road a lot, he has an attractive, young and seemingly carefree co-worker, Fiona (Jessica Henwick), and, oh, then there’s the female toiletries that show up in Dean’s suitcase. Suddenly Laura has something else to focus on and her man-about-town father, Felix (Bill Murray), is more than happy to help enable the obsession.

Murray’s Felix, a cool and charming art dealer who knows everyone and flirts with everything, sweeps in like a cool spring breeze to jolt Laura out of her routine and introduce a little chaos and spontaneity into her life with impromptu martini lunches (“Bombay for the kid”), birthday dinners at the 21 Club and SoHo House stakeouts in a smart red convertible with caviar (which they open) and champagne (which they don’t). Felix’s Manhattan is vibrant and exciting, and he glides through classic haunts and out of traffic tickets with an ease that Laura has never known.

Like any good amateur sleuth pic, it gets a little out of control and takes them all the way to Mexico where they to try to prove once and for all that Dean is being unfaithful.

The engine keeps going, but the film also allows Murray time and space to do his thing and Jones is a perfect companion for the boozy father-daughter hijinks. Although she rolls her eyes at him and his inability to refrain from flirting even with a very pregnant passerby, there is also an awe and obvious love there too. Murray might not be doing anything extraordinarily different than we’ve seen him do before (Felix is not entirely dissimilar in spirit to his Bob Harris from “Lost in Translation”), but it’s wonderfully familiar and impossible not to smile at.

“On the Rocks” is perhaps more conventional and modest than Coppola’s other films, but it’s no less entertaining or profound. In her script there is a considered treatise on male and female expectations that’s revealed through Laura and Felix’s conversations. Felix is filled with animal kingdom theories of male nature and is wholly convinced that Dean is cheating. For him, it’s just inevitable that when a wife’s attention turns to the kids, the husband’s attention turns to…well, anyone else. After all, he did the same to Laura’s mother years ago.

There’s a sobering conclusion that there isn’t really the possibility for satisfying compromise. Felix both knows his daughter deserves better and believes that men aren’t capable of that.

So what’s to be done? Well, if we’re going by the letter of “On the Rocks,” always make an extra effort on birthdays. And a quiet restaurant and a stiff drink don’t hurt either.

“On the Rocks,” an A24/Apple TV+ release, is rated R by the Motion Picture Association of America for “for some language/sexual references.” Running time: 96 minutes. Three and a half stars out of four. 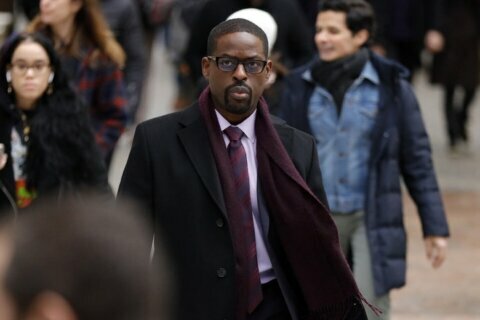 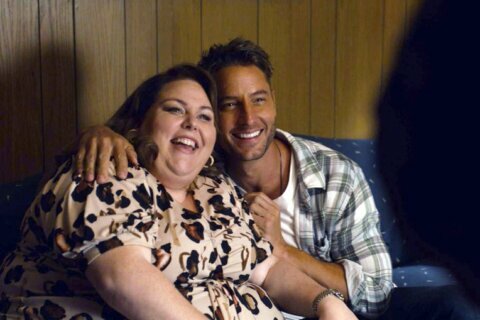