Self-trained English actor Archie Leach pulled off the role of a lifetime: becoming Hollywood legend Cary Grant. Why the child of a broken family hid behind the silver screen’s definition of easy charm and handsome masculinity is another story entirely.

In the most entertaining and enlightening star biography in years, writer Scott Eyman poignantly notes the realities behind Grant’s remarkable subterfuge while exploring his phenomenal career.

Despite a heyday more than a half-century ago, his best films wear so well because the appeal of Cary Grant defies time — screwball comedies like “Bringing Up Baby” and “His Girl Friday,” romances like “The Philadelphia Story” and “An Affair to Remember,” the adventure “Gunga Din” or any of his four Alfred Hitchcock films, particularly “Notorious” and “North By Northwest.”

Grant turned his celluloid charm into a public persona, but it didn’t come naturally. As Eyman explains, young Archie Leach endured an impoverished childhood in his native Bristol, England, his father a negligent drinker who placed the 11-year-old’s mother in an asylum while telling him she had died.

In his teens, Archie found solace in the local music hall, the hustle and bustle behind the curtain and the familial nature of putting on a show. Eventually he left school to join a troupe of tumblers and traveled the English countryside, in time sailing to America and working in vaudeville, all the while honing a sense of how to make people laugh.

His dark good looks fit nicely with the romance-infused light operas popular in New York theater. Then Hollywood came calling. In 1932, the year he turned 28, he appeared in his first feature film, with a new name that helped him bury his roots ever deeper. More than two dozen roles built up his romantic and comedic chops until 1937′s “Topper” and “The Awful Truth” sent his career into a stratosphere it never left.

Back on Earth, Grant struggled with feelings of inadequacy and fear of abandonment. Just as his movie career blossomed, he learned from his father that his mother wasn’t dead after all. Grant moved her into private accommodations in Bristol, but she remained mentally fragile and an emotional drain on her son over four decades.

Grant meticulously managed both his career and business opportunities and built a personal fortune. Always protective of his image, he stayed within type, turning down roles in “The Third Man,” “A Star Is Born” and “Lolita” while favoring bland comedies like “That Touch of Mink” with Doris Day. On sets, his nitpicking about costumes and camera angles could drive colleagues crazy. His tendency to save a dollar was legendary. Guests at his home could find half-eaten sandwiches in the fridge and buttons clipped from old shirts.

Grant could be a generous friend and lover, but only on his terms. His many affairs and failed marriages — he died at 82 in 1986 while married to his fifth wife — were likely casualties of his tendency to drive women away before they could leave him. He wasn’t easy to live with — controlling, uncomfortable in crowds, somewhat of a loner who preferred eating dinner in front of the TV set. His screen persona was so convincing that heiress Barbara Hutton, aka wife No. 2, expressed surprise that her husband wasn’t fun, laughing and naughty all the time.

Grant’s biggest fear was being discovered as a fraud: Beneath all the glamour and polish was just a poorly educated and unloved Bristol boy. Therapy and his use of LSD, beginning in the late 1950s, helped Grant, among other things, forgive his parents of their failings and young Archie Leach of his. Sadly, all that weight didn’t really leave him until the last years of his life.

A research-driven and insightful biographer, Eyman surrounds his deep dig into Grant’s personal life with fan-pleasing details of movie productions, vignettes of the wonderful characters who joined Grant in making movies, and a sense of the business side of Hollywood that too often eludes writers caught up in the magic and madness. The result is a captivating look at a captivating star. 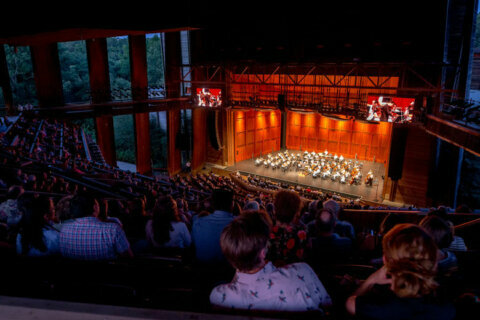