Hollywood’s unions announced Monday that they have reached an agreement on pandemic protocols with major studios that will allow the broad resumption of production of films and television.
Listen now to WTOP News WTOP.com | Alexa | Google Home | WTOP App | 103.5 FM

LOS ANGELES (AP) — Hollywood’s unions announced Monday that they have reached an agreement on pandemic protocols with major studios that will allow the broad resumption of production of films and television after six months of stagnant sets and widespread unemployment.

The Directors Guild of America, the International Alliance of Theatrical Stage Employees, the International Brotherhood of Teamsters, the Basic Crafts unions and the Screen Actors Guild-American Federation of Television and Radio Artists jointly announced the deal reached with the Alliance of Motion Picture and Television Producers after months of planning and negotiating.

The deal includes mandatory and comprehensive use of personal protective gear and testing of cast and crew members, and a dedicated coronavirus supervisor to oversee it all.

It requires the use of a “zone system” that strictly limits interactions between people on sets based on their job’s requirements. Those who must deal with more people will be tested more frequently and have more strict protective equipment and spacing requirements. Actors will be tested especially often because their on-camera work won’t allow for many protective measures.

The agreement also gives 10 days of paid COVID-19 sick leave per employee, which can be used after positive tests or when quarantine is necessary, and says that employees who use the leave must be reinstated so long as their jobs still exist.

“The protocols pave the way for creative workers, who have been hard hit by the pandemic, to resume their crafts and livelihoods in workplaces redesigned around their health,” the unions said in a joint statement.

Some film and television productions have already resumed based on smaller separate agreements, but most of the largest and most elaborately produced films and television shows have been repeatedly delaying going back to work as they waited for the pandemic to subside and for this deal to be reached. 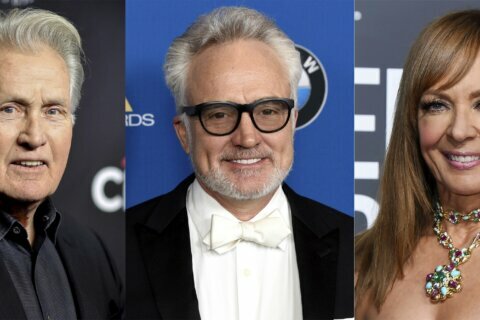