Steve Levy, Brian Griese and Louis Riddick will be the new announce team for ESPN’s “Monday Night Football” according to a person familiar with the decision.

The person spoke to The Associated Press on condition of anonymity Friday because the network has not announced its decision. ESPN biographer Jim Miller was the first to report on the new booth.

The trio has familiarity working together. They called the late game in last season’s Week 1 doubleheader between Denver and Oakland.

The MNF booth has had frequent changes since Mike Tirico departed for NBC in 2016. Tirico was the play-by-play voice for 10 seasons (2006-15) and teamed with Jon Gruden for the last seven. Sean McDonough took over for Tirico for 2016 and ’17 and worked with Gruden.

After Gruden left to take over as Raiders coach and McDonough sought to move back to college football, ESPN went with the three-man booth of Joe Tessitore, Jason Witten and Booger McFarland in 2018. Witten struggled as an analyst and decided to return to the playing field last year.

While ratings had increased the past two seasons, the announcing was widely criticized. ESPN is hoping this booth has more staying power.

Levy has been a “SportsCenter” anchor for most of his 27 years at the network, but returned to announcing games in 2016. He has teamed with Griese on college football the past four seasons. They have also called Denver Broncos preseason contests.

Griese joined ESPN in 2009 following an 11-year NFL career. He also was an analyst on radio for the Broncos for two seasons as well as working with Beth Mowens on an MNF game in 2018.

Riddick has been an integral part of ESPN’s NFL studio shows, including Monday Night halftime and postgame, but has long wanted to get his shot at being in the booth. He expanded his repertoire last year when he was the analyst for Friday night college football games.

Lisa Salters is expected to return as the sideline reporter and John Parry as the rules analyst.

With NFL preseason games being canceled, the trio’s debut will likely be the Tennessee Titans-Denver Broncos game on Sept. 14, which will be the second game of the doubleheader. Chris Fowler and Kirk Herbstreit are expected to call the Pittsburgh Steelers-New York Giants game and could be in the mix for more MNF games if the college football season is scrapped. 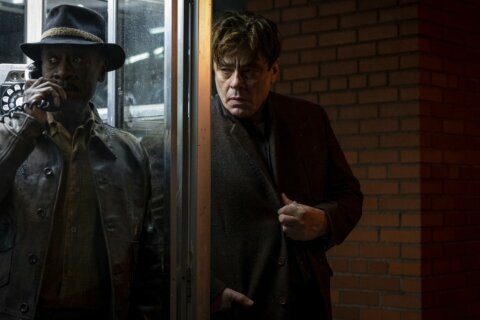 Soderbergh, Cheadle return to Detroit in ‘No Sudden Move’