NEW YORK (AP) — Actor Nicholas Pinnock doesn’t just believe his new network TV show can save lives. He believes it can save network TV, too.

Pinnock stars in “For Life,” ABC’s mid-season drama about a prison inmate unjustly incarcerated who becomes a lawyer. Social justice issues are baked into every episode, not to mention exploring racial inequality and prison reform.

Pinnock was initially skeptical if ABC was the right home for his edgy and inventive show, but he’s been impressed by the network’s backing. “For Life” airs on Tuesday nights opposite less demanding shows like “New Amsterdam” or “FBI: Most Wanted.”

“I think it’s going to change the shape and the way network television is viewed and how it can move forward and compete with the likes of streaming channels like Netflix and Amazon and Apple and really, really challenge the outlook of network television,” he said.

Pinnock plays Aaron Wallace, a prisoner who litigates cases for other inmates while fighting to overturn his own life sentence for a crime he didn’t commit. Each episode deals with a case that helps him get closer to the show’s overarching arc: freedom. Along the way, he juggles family responsibilities and trying to survive behind bars.

“People initially will think, ‘Oh legal drama — it’s going to be procedural, like so many network procedural shows that we’ve seen.’ But this is completely different. It’s a legal, family and prison drama,” Pinnock said.

The show’s creator is Hank Steinberg, whose previous series include “The Nine,” “Without a Trace” and “The Last Ship.” One of the show’s executive producers is Curtis Jackson, better known as the rapper 50 Cent.

Actress Indira Varma plays a sympathetic prison warden on the show and hopes “For Life” can be a corrective to other shows that illustrate violence on the streets but not always the consequences.

“Entertainment, of course, glamorizes crime. It makes it more frightening. It does all that because it’s exciting — it’s dramatic,” she said. “Hopefully with a show like ours, we are sharing a realistic version. And hopefully it is entering a wider conversation, which is really important.”

The series arrives at a time when several pop culture projects have wrestled with criminal justice, including the searing miniseries “When They See Us” on Netflix and the feature film “Just Mercy” starring Michael B. Jordan.

The series is loosely inspired by the story of former New Jersey inmate Isaac Wright Jr., who really did go from being a prisoner with a life sentence to being a lawyer. Jackson met Wright on unrelated business and was overwhelmed by his story.

Pinnock, an accomplished stage actor whose TV credits include “Counterpart” and “Marcella,” first met Wright during the table read of the pilot’s script. The two men huddled alone for about 40 minutes, with Pinnock peppering Wright with questions and noting the man’s speech patterns and body language. From that, he constructed a tightly coiled character.

That led Pinnock to expand his skills at conveying fury. “What I tried to play with was finding as many different ways to convey that anger, to convey that frustration, to convey that focus. It’s very easy to go, ‘This works’ and you just keep doing this. But that’s boring for an audience.”

Pinnock in the end actually came up with five different takes on his character — one in court, one as a prisoner, one as a family man during visits, one as a prisoner representative with the warden and one in flashbacks when he was free. Was he paid five times? “I’d be a very, very rich man right now,” he jokes.

The series has also tapped into personal interests of the cast. Pinnock, who faced a mental health crisis over a decade ago, plans to seed future scripts with issues relating to mental health.

“What that did to me, I can only imagine what people who are in prison or incarcerated — especially someone who has unlawfully and legally put away — what that might do to their psyche.”

Varma has long donated her time to charities that bring theater behind bars and help former women inmates write about their experiences. When the job offer to play a liberal prison reformer in “For Life” came up, she pinched herself. Here was a chance to help in a big way.

“Storytelling is an incredibly powerful tool,” she said. “When somebody goes to prison, they lose their identity. I loved watching people bloom. Through playing somebody else, they were reclaiming their identity.” 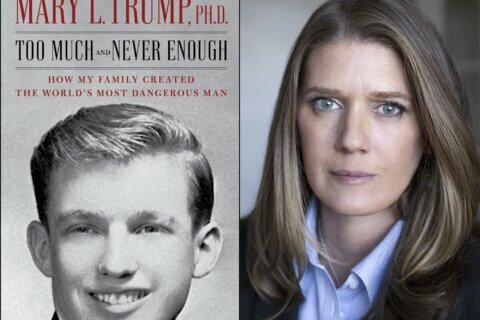 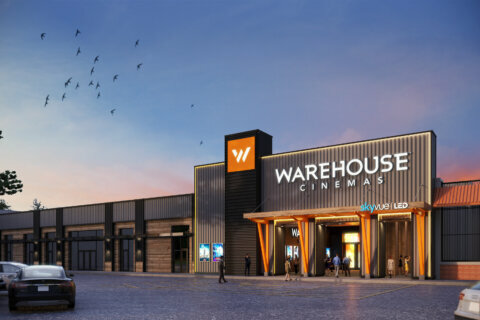