PASADENA, Calif. (AP) — Awkwafina may not have an Oscar nomination, but the breakout star has already secured a second-season…

PASADENA, Calif. (AP) — Awkwafina may not have an Oscar nomination, but the breakout star has already secured a second-season renewal of her new Comedy Central series.

“Awkwafina is Nora from Queeens” debuts Jan. 22. The network said Tuesday it was adding a second season for the show based on Awkwafina’s real life growing up in the New York borough of Queens.

Awkwafina joined Jennifer Lopez, Eddie Murphy, Robert De Niro and Beyonce among the big names who didn’t receive a nod when Oscar nominations were announced Monday. Awkwafina became the first actress of Asian descent to win a Golden Globe award in a leading actress category for “The Farewell.”

“My emotional reaction to all of this is that I’m grateful for this journey,” she said about being shut out for the Oscars. “I’ve had a pretty exciting ride and with this show and movies, we’ve seen this year that representation existed. I can’t be more grateful to do what I do and be recognized a little bit at least is incredible.”

Awkwafina, whose real name is Nora Lum, created the half-hour show in which she co-stars with B.D. Wong, Bowen Yang and Lori Tan Chinn. Awkwafina also has writing and executive producer duties. She was raised by her Chinese-American father and grandparents alongside her cousin after her Korean-American mother died when she was a child.

“I loved hanging out with my grandma in my 20s. Great food,” Awkwafina told a TV critics meeting on Tuesday.

As a teenager, she came up with the name Awkwafina in a nod to the awkwardness she felt and as an alter ego to her outwardly passive personality.

“I made a point to draw on very true realities of my life growing up. The character of Nora, I don’t think she’s overdrawn in any way,” Awkwafina said of the show. “I didn’t find a need in her to go for anything that wasn’t truly herself. I hope it inspires young kids not to be afraid to be themselves.” 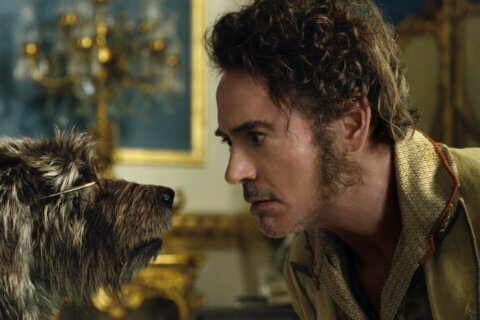