“The Hidden Things” (Gallery Books), by Jamie Mason Secrets have a way of getting out, and with viral videos and…
Listen now to WTOP News WTOP.com | Alexa | Google Home | WTOP App | 103.5 FM

Secrets have a way of getting out, and with viral videos and social media, few things stay hidden for long as Jamie Mason illustrates in her sly, satisfying third novel. “The Hidden Things” starts as a plucky teenager surviving a possible home invasion, then quickly moves into a compelling tale about con artists, regrets and fresh starts.

Mason’s innovative plotting with touches of devious humor fuels the story, but “The Hidden Things” is driven by its perceptive character studies of criminals, the criminally inclined and two innocents whose worlds are about to implode.

Coming home from a typical day at school, 14-year-old Carly Liddell is attacked just outside her home. Carly fends off the teenage thug and somehow gets the front door open to set off the alarm. The attack continues until Carly is able to knock out her attacker with her “cool boots” and then runs to the nearest neighbor.

Carly’s stepfather, John Cooper, installed security cameras around their suburban home, but neither she nor her mother, Donna, know that he has also installed a camera inside the home. The police upload the video on their website and soon catch the assailant. The video quickly goes viral with thousands of viewers riveted by, and rooting for, the plucky Carly. But some people are more interested in what is partly visible in the video — a corner of 17th-century Dutch master Govaert Flinck’s painting “Landscape with Obelisk,” taken in a decades-old heist at Boston’s Isabella Stewart Gardner Museum. Donna and Carly know nothing about John’s criminal history.

The plot unfurls showing how John — whose real name is Jonathan Spera — obtained the painting, how two people were killed, one left for dead and two escaped when he tried to sell it, and how the survivors are affected.

Art expert Marcelline Gossard’s life was the most drastically changed. Still bearing the scars from when she almost died, she went off the grid, calling herself Emma and taking jobs that were the “stuff that fresh starts and soul starvations were made of.” For Marcelline, fixer Owen Haig and the homeless Roy Dorring, the painting becomes akin to the Holy Grail. If they can just get hold of it, their lives will be back on track. John wants to know how to escape while Carly gets a master class in devious adult behavior and becomes a determined sleuth as she spies on her stepfather.

Violence simmers throughout “The Hidden Things,” ready to explode at any moment.

French publisher’s jarring memoir to be released in English 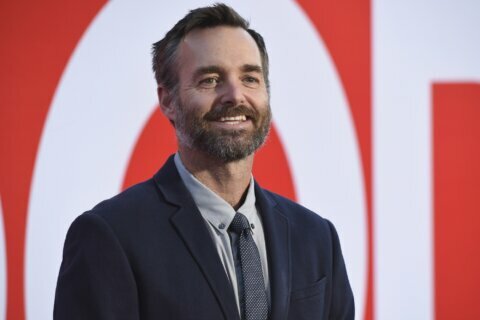 Will Forte to bring parody ‘MacGruber’ to Peacock service