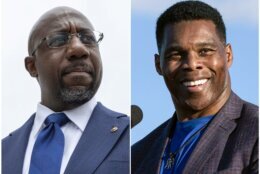 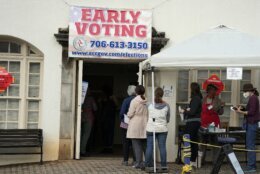 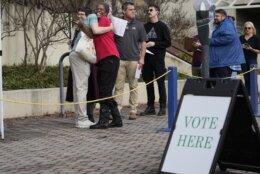 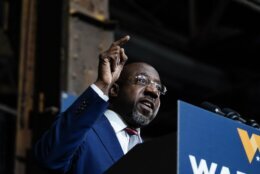 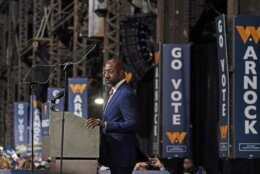 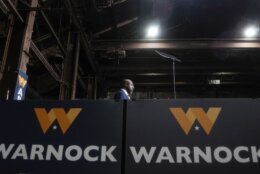 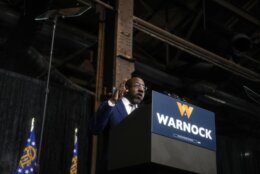 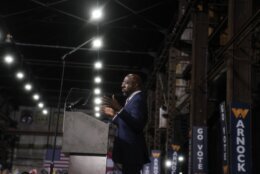 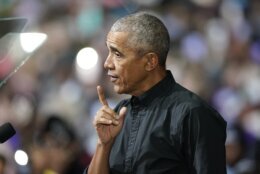 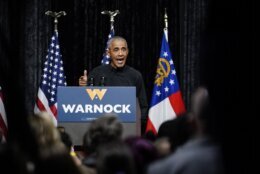 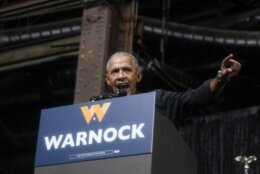 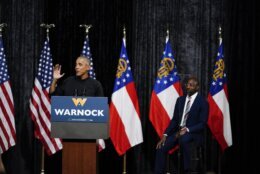 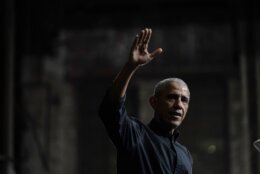 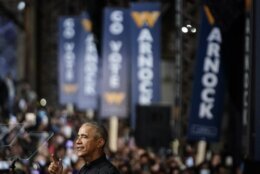 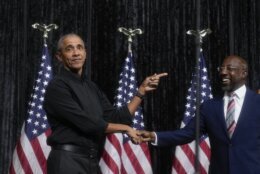 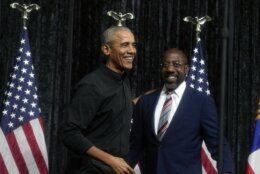 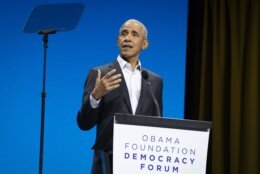 “If they didn’t get tired, you can’t get tired,” Obama told a crowd gathered in a cavernous former railroad repair shop east of downtown Atlanta.

Voters have already cast more than 1.4 million ballots amid an all-hands-on-deck push by Democrats to bank as many votes as possible while Republicans, especially Walker, have taken a less aggressive approach that could leave the GOP nominee heavily dependent on runoff Election Day turnout.

Both Obama and Warnock criticized Walker, part of Democratic attacks that Walker is unqualified and untruthful.

Obama told a story about how Walker once claimed he let Obama beat him in basketball, but later admitted he had never met the Democrat.

“When again and again you serve up bald-faced lies, that says something about the kind of person you are and the kind of leader you would be if elected to the United States Senate,” Obama said.

Warnock voted Sunday after a religiously infused rally that called on the civil rights traditions of the Southern Black church, including Ebenezer Baptist Church, where Warnock occupies the pulpit once held by the Rev. Martin Luther King Jr. Walker, meanwhile, is expected to vote on the runoff’s Election Day, as he did in November for the midterms.

Warnock led Walker by about 37,000 votes out of almost 4 million cast in the general election but fell short of the majority required under Georgia law.

Statewide early voting data, including some weekend and Thanksgiving weekdays in certain counties, shows higher overall turnout in the most heavily Democratic counties and congressional districts. Still, both parties are finding data to tout as they jockey for any advantage in the final contest of the 2022 midterm election cycle, and both campaigns agree generally that Warnock will lead among early voters, as he did in the first round, while Walker will have the advantage in Election Day ballots, as he did in November. The respective margins will determine the eventual winner.

TargetSmart, a Democratic data firm, analyzed the identities of the 830,000-plus voters who’d cast ballots by the end of Tuesday and concluded that Democrats have increased their advantage by 14 percentage points over what it was with six days to go before the Nov. 8 election. That analysis did not include the 240,000-plus additional ballots cast Wednesday.

Walker’s campaign manager, Scott Paradise, pushed back on notions of Democrats’ domination. He argued that their advantage comes only because it was heavily Democratic metro-area counties that held weekend early voting, while more Republican areas waited until the statewide mandatory early voting window that began Monday. Republicans had sued, unsuccessfully, in state court trying to block Saturday early voting for the runoff.

Paradise said a Walker campaign analysis found that nine of the 10 counties with the highest turnout Monday were counties Walker won in November with a combined 70% of the vote. He added that of the state’s most populous counties — those with more than 100,000 registered voters — it was two Republican strongholds, Hall and Forsyth, that posted the highest turnout percentages Monday. Paradise said those trends reflect high enthusiasm among Republicans.

Still, Republicans have catching up to do.

According to state voting data compiled by Ryan Anderson, an independent analyst in Atlanta, four of the state’s five Democratic-held congressional districts had already seen advance turnout through Tuesday of at least 43% of the total early vote for the November election, when every Georgia county had at least 17 days of early in-person voting. Just one of Georgia’s nine Republican-held congressional districts had eclipsed that 43% mark.

Warnock first won the seat as part of concurrent Senate runoffs on Jan. 5, 2021, when he and Jon Ossoff prevailed over Republican incumbents to give Democrats narrow control of the Senate for the start of President Joe Biden’s tenure.

“That happened because of you, Georgia, and now we need you to do it again,” Obama said.

Warnock now is seeking a full six-year term. This time, Senate control is not in play: Democrats have already secured 50 seats and have Vice President Kamala Harris’ tiebreaking vote. That puts pressure on both Warnock’s and Walker’s campaigns to convince Georgia voters that it’s worth their time to cast a second ballot, even if the national stakes aren’t as high.

Obama argued on behalf of Warnock himself, though, saying “51 is better than 50 because it means Sen. Warnock will keep representing you in Washington.”

The senator’s campaign, Democratic Party committees and aligned political action committees have tailored their voter turnout efforts toward early voting. Republicans have countered with their own wide-ranging push, including a direct-mail push from one super political action committee featuring Gov. Brian Kemp, who got 200,000 more votes than Walker to win a second term comfortably.

Yet Republicans are battling some internal party narratives, including from former President Donald Trump, that question some advance voting, especially mail-in ballots, pushing some Republicans toward an Election Day ballot. As recently as Tuesday, Trump declared on social media that “YOU CAN NEVER HAVE FAIR & FREE ELECTIONS WITH MAIL-IN BALLOTS – NEVER, NEVER NEVER. WON’T AND CAN’T HAPPEN!!!”

Walker himself does not mention early in-person voting or mail-in ballots at all as he urges his supporters to vote. 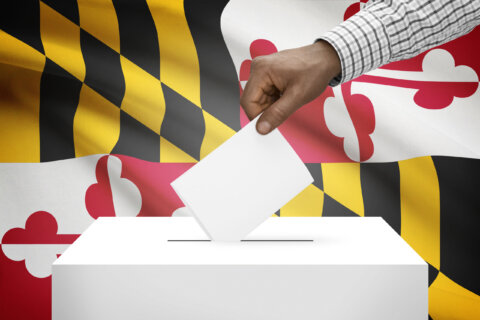