But to win a 50th Senate seat on Dec. 6 and limit Democrats’ continued majority, Republicans must overcome doubts about Walker’s appeal in a battleground state, navigate open squabbles among party powerbrokers in Washington and endure the specter of former President Donald Trump as he launches his third White House bid after losing Georgia in 2020.

It adds up to the same challenges that limited GOP victories nationally despite an underwater approval rating for President Joe Biden and widespread frustrations with the nation’s direction.

“Everybody realizes that regardless of any disagreements that do or don’t exist, everybody needs to focus on one thing: helping Herschel get across the finish line,” said Walker campaign manager Scott Paradise.

But they must do it without the Senate majority on the line, as it was in a pair of Georgia runoffs in January 2021. Democrats have already secured 50 seats with narrow incumbent victories in Nevada and Arizona combined with flipping a GOP-held Pennsylvania seat, and Vice President Kamala’s Harris tiebreaking vote assures them a majority.

So, Walker, who spent the fall trying to nationalize his race by mocking Warnock as a yes-man for Biden, must fashion a runoff coalition knowing that nothing voters do here will depose New York’s Chuck Schumer as Senate majority leader.

“There are still national implications,” Paradise said, arguing that Republicans around the country are “fired up” for a second chance after an underwhelming midterm performance. “We’re very comfortable framing this as the last fight of ’22.”

Like many losing GOP nominees this year, Walker has struggled among moderates and independents, with many questioning his qualifications, according to AP VoteCast surveys of voters. Walker trailed Warnock by about 35,000 votes out of almost 4 million. Perhaps more tellingly, the same electorate gave Republican Gov. Brian Kemp 200,000 more votes than Walker — enough for a comfortable reelection victory.

Walker, a former college and professional football star and a close friend of Trump’s, was urged by the former president to run. That cements Walker’s bond with core GOP supporters but presents a challenge in Republican-leaning metro areas that helped Biden top Trump here two years ago.

“Trump probably does more to juice Democratic turnout than have an effect on our guy,” said Josh Holmes, a prominent Republican fundraiser and strategist aligned with Senate Minority Leader Mitch McConnell, who has icy relations with the former president. But Holmes added, “We don’t know what the impact will be.”

It’s clear Republicans hope Kemp’s popularity extends to Walker, even if it wasn’t enough in the first round. Kemp avoided Walker throughout the fall, pointedly not saying the Senate candidate’s name when asked about Walker’s difficulties, which include exaggerated claims about his business, philanthropic and academic record; accusations of violence against his first wife; and claims by two former girlfriends that Walker paid for their abortions despite his public opposition to abortion rights.

Kemp typically would say only that he backed “the entire Republican ticket.” Since Election Day, though, Kemp has turned over his voter turnout operation to the Washington-based super PAC aligned with McConnell. And Kemp plans to campaign with Walker for the first time Saturday.

“Herschel requested all the help we could get from the governor. The governor said I’m there for you,” Paradise said.

Yet the deal between Kemp and the Senate Leadership Fund highlights GOP fissures, some tracing back to Trump, others to a running feud between McConnell and Florida Sen. Rick Scott, who leads the Senate GOP’s campaign arm.

Kemp built out his independent turnout operation after the 2020 presidential election, when Trump blasted Kemp for certifying Biden’s slate of presidential electors from Georgia and state Republican Party leaders sided mostly with Trump.

SLF, which usually spends most of its money on television advertising, said the runoff would be the first time the political action committee has engaged in a full-scale voter turnout effort.

Campaigning for Walker this week on the outskirts of Augusta, Scott sought to present a united GOP front. “What we ought to be doing now is focusing all of our time on Herschel,” he said.

But he noted that federal election law prevents coordination between the party committees and the SLF-Kemp operation. That means that there’s no legal way for each camp to keep tabs on the other’s activities, raising the prospect of duplicative efforts or conflicting messages to voters.

SLF President Steven Law retorted that the NRSC’s Georgia televisions buys have been subpar. “But don’t worry little buddy — we’re used to covering you,” he wrote. SLF has since announced its own $14.2 million advertising plan, on top of the $2 million-plus it had previously announced for its turnout operation.

Amid such intraparty complications, perhaps the best outcome for Walker is a relatively low-turnout runoff election that allows his core supporters to become a victorious majority. Indeed, having the Senate majority already settled could dampen Democrats’ enthusiasm, and Walker has drawn large, enthusiastic crowds in the opening days of the runoff campaign.

Yet Republicans, including the candidate himself, acknowledge at least tacitly that Walker may need supporters the nominee hasn’t won over yet.

For Walker, that means a retooled campaign speech that remains heavy on staunch conservative rhetoric but expands his attacks on Warnock to include an admonishment for not working closely enough with Kemp.

For Scott, it means bringing the complexities of Senate rules to the campaign trail, telling voters that a 50-50 Senate means evenly split committee rosters, while a 51-49 makeup means clear Democratic majorities. “It takes 51-plus to get things done,” he said.

And for rank-and-file Georgia Republicans like Debbie McCord, it means cajoling would-be Walker voters to look beyond individual candidates and see a national referendum.

“There are people who just think ‘so-and-so would have been a better candidate.’ I say there are a lot of good candidates, but this is who won the primary,” said McCord, chairwoman of the Columbia County Republican committee. “You need to get over it, put your big boy pants on and go vote.” 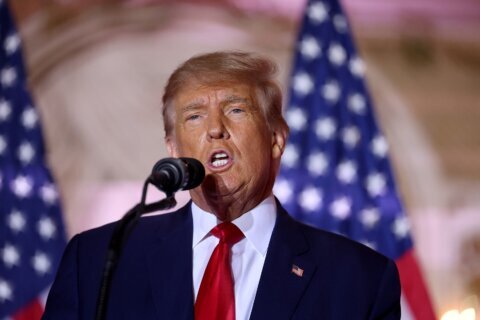 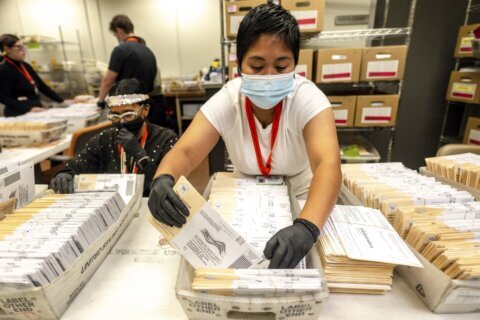 EXPLAINER: Why California has so many votes left to count 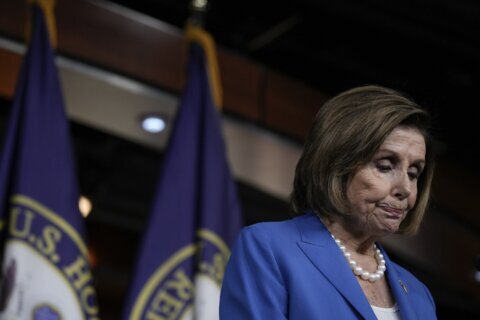