HARRISBURG, Pa. (AP) — Former President Donald Trump’s false claims of a stolen election have been debunked by the courts, his own Justice Department and scores of recounts.

But in the battleground state of Pennsylvania, where Trump lost by 80,000 votes eight months ago, they’re finding new signs of life.

A Republican state lawmaker, bolstered by campaign trail support from top Republican candidates for governor and U.S. Senate, has launched a push for a “forensic investigation” of the presidential election results, a review modeled on the widely discredited process underway in Arizona.

The effort is likely to face legal challenges and is still limited to three counties, where it is getting pushback even from Republican commissioners. But its march forward is forcing many to stop viewing it as one lawmaker’s pet project and take it seriously.

The audit has fast become a litmus test in an election cycle where an open governor’s office and an open U.S. Senate seat — the political equivalent of a blue moon — have triggered fiercely competitive Republican primaries.

That has some GOP party officials and donors squirming with discomfort, albeit quietly. Some Republicans privately worry that the spectacle of a protracted election audit is a time bomb that not only will damage the state’s democratic institutions, but also the party’s credibility with critical swing voters.

“Most of the Republicans I know, at the very least, have misgivings and, at worst, are like me and realize this is just really a blunder of epic proportions,” said former congressman Charlie Dent, a centrist Republican from the Allentown area. “Why bring the Arizona clown show to Pennsylvania?”

Those worries have been easily drowned out by supporters of the effort.

One, state Sen. Doug Mastriano, who has claimed that Trump “ asked me ” to run for governor, is the ringleader of the audit campaign and is fundraising off it.

“All I’m asking for is a transparent and thorough investigation to prove to U.S. voters that our votes were fairly counted, and that we have nothing to worry about,” Mastriano wrote in the email appeal last weekend.

A rival, former congressman Lou Barletta, who is running for governor, has said that he was for an audit way back in December.

Earlier this month, Mastriano sent letters to three counties — including Philadelphia, a Democratic bastion and the state’s largest city — to request access to a sweeping list of information, documents and equipment, with the threat of subpoenas for holdouts.

Gov. Tom Wolf and state Attorney General Josh Shapiro, both Democrats, have vowed to fight the subpoenas in court, giving Republicans who are leery of Trump’s antics hope that the audit will have a short life.

Subpoenas are a tool lawmakers have rarely used in the past, leaving it unclear whether a court would block such an effort, order counties to comply or just choose not to intervene, said Bruce Ledewitz, a Duquesne University law professor who teaches constitutional law.

“No court is going to get in the way, probably,” he predicted. “But that doesn’t mean you get some kind of enforceable enforcement order.”

Meanwhile, Mastriano has left key questions unanswered, including who will do the work, how it will be funded and where such a vast amount of documents and equipment would be stored securely.

That has not stopped candidates for U.S. Senate or governor from backing it.

Sean Parnell, a candidate for U.S. Senate, said that “half the state” not trusting the election result is a problem that can be remedied with an audit, and dismissed the official state and county audits as simply “recounts” that were inadequate to investigate allegations that something went wrong.

“And now after the fact, that people are saying, ‘Hey, wait a minute, maybe there were some problems,’ they just blow us all off and say, ‘No, no, screw you, you don’t know what you’re talking about,’ like, ‘You’re just a bunch of crazy conspiracy theorists,’” Parnell told a radio show host Wednesday.

In Arizona, the Senate’s Republican leadership initiated the unprecedented partisan audit of votes in Maricopa County, home to Phoenix, despite the fact that the votes already had been counted, recounted and certified. The effort has been supported by many Republican state lawmakers, state party chair Kelli Ward and state Attorney General Mark Brnovich, a Republican who is running for U.S. Senate.

However, it has drawn withering criticism from some other establishment Republicans, including those who control the Maricopa County Board of Supervisors; Cindy McCain, the wife of the late senator and GOP presidential nominee; and former U.S. Sen. Jeff Flake. Republican Gov. Doug Ducey has avoided the topic altogether.

In Pennsylvania, Republican Party and Senate Republican leaders have responded with silence.

Many Republicans who want to distance the party from an audit question the cost for counties to comply with Mastriano’s demands or argue that it’s time to focus on future elections. Some say it is highly unlikely it would uncover smoking-gun evidence of widespread fraud, or they point to a slew of GOP-led legislative hearings that, they say, already covered the topic thoroughly and produced legislation.

“At the end of the day, I don’t know what you’re going to achieve,” said Sam DeMarco, the GOP chair of Allegheny County, home to Pittsburgh.

They routinely distort the actions of state judges and officials as “unconstitutional” or “illegal” in settling legal disputes and questions over Pennsylvania’s fledgling mail-in voting law in the weeks before November’s election.

Weeks ago, Republican leaders of the state House of Representatives rejected doing any such 2020 election audit through their chamber.

Instead, those Republican lawmakers advanced a “Voting Rights Protection Act” that, they said, would make elections more secure and accessible and fix 2020’s alleged problems.

In addition, it would have shifted authority over election policy away from the executive branch and assigned broad new election-auditing authority in future elections to the state auditor general, currently a Republican.

Democrats dismissed the bill as “voter suppression” and Wolf vetoed it, but it gave Republican Party figures something to point to, at the very least, as an alternative to an Arizona-style audit of the 2020 election.

“I think that’s the issue,” said Jeffrey Piccola, the GOP chair in Republican-controlled York County. “I don’t think going back to 2020 is going to solve any problems, and I’m not sure you can solve any problems.” 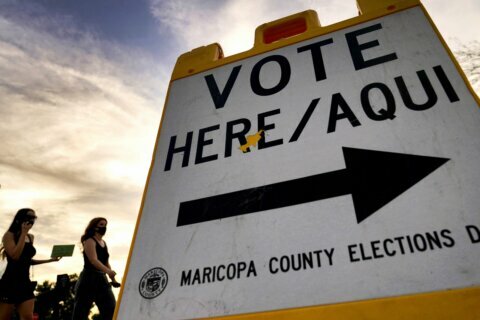 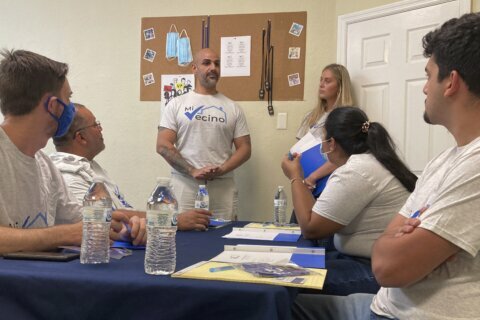 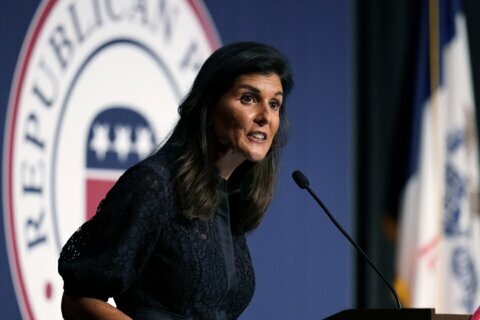