CBS News projected on Wednesday that Florida’s 29 electoral votes are going to President Trump, the second time he’s won the state. Among the biggest factors in his victory there were Latinos — not just Cuban Americans — who came out in support of the president; they are a voting group that “can’t be ignored anymore,” according to CBS News contributor María Elena Salinas.

Latinos make up a 20% share of Florida’s electorate, according to Pew Research, making their vote crucial in the key swing state. Cuban-Americans, who have typically voted Republican in the state, voted at similar levels for Mr. Trump in the 2020 election compared to 2016, according to CBS News’ exit poll. However, his biggest improvement among Hispanics was not with those who identify as Cubans.

Despite Democratic presidential candidate Joe Biden winning overall support from Hispanics in Florida, Mr. Trump performed 12 points better with all Hispanics than he did four years ago, the poll found. Prior to Election Day, Biden received strong support from Puerto Ricans in state.

On “CBS This Morning” on Wednesday, Salinas noted how Republicans courted the Latino vote in Florida while the Biden campaign did not.

“Are Latinos going to make a difference?” Salinas asked. “They did make a difference. They helped Trump win Florida, but just like they helped Biden win Arizona.” CBS News’ latest polling characterizes Arizona as likely Democrat with its 11 electoral votes up for grabs.

She also stressed the “diversity” within the Latino community and range of issues they care about.  For example, she said, many religious Latinos are anti-abortion rights, a position Mr. Trump has publicly supported. 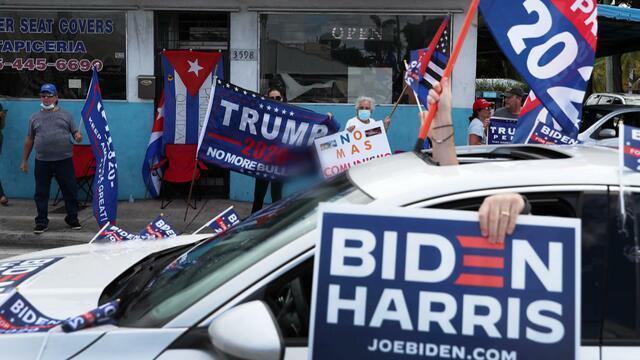 The Deciders: Latino voters in 2020

Despite the coronavirus pandemic, Mr. Trump held several campaign rallies in Florida over the summer and in the days leading up to November 3. Democratic presidential nominee Joe Biden made his first campaign stop in Florida in September for a Hispanic Heritage Month event, about seven weeks before Election Day.

Larry Sabato, director at University of Virginia Center for Politics, told CBSN that Democrats have had an “advantage” with Hispanic voters as a group, but “lost some ground” with the voting bloc in Florida.

“I think one thing that’s come out of this election is a lot more non-Hispanics understand just how diverse the electorate is,” Sabato said. “Cuban Americans do not equal Mexican Americans, Venezuelan Americans and all the rest of it.”

Many Florida Hispanics cited the economy as their top issue in CBS News exit polling. Of those who answered economy, 87% voted for Mr. Trump. If he gets reelected, the president vowed to reopen schools and businesses amid the pandemic that has killed more than 233,000 Americans since March, according to a tally from Johns Hopkins University.

Rachel Bovard, a policy adviser for the Conservative Partnership Institute, told CBSN that “the nature of the Republican party is changing.”

“Race is not determinative of outcome,” Bovard said Wednesday. “To a great extent, identity politics isn’t working because a lot of racial voters care about bread and butter issues, they care about economic issues, and they care about jobs and they will respond favorably to the candidate to talk to those issues. That is where the Republican party is trying to expand its tent.”

Earlier this year, it was projected that at least 32 million Latino voters were eligible to participate in the 2020 election, the largest ethnic minority in the U.S. 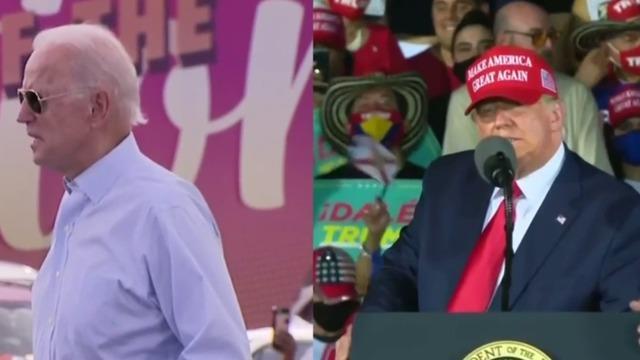 What is the GSA, and what role does it play in the transition?