The scourge of a global pandemic produced an election season like no other in the U.S.
Listen now to WTOP News WTOP.com | Alexa | Google Home | WTOP App | 103.5 FM

Despite fears of clashes at polling places, chaos sparked by the coronavirus pandemic and confusion due to disinformation and swiftly-changing voting rules, millions across the U.S. cast ballots in a historically contentious election with few problems.

About 103 million votes were cast before Election Day, an early voting push prompted by the pandemic. That took some of the pressure off polling places on Tuesday, which generally saw short or no lines as coronavirus cases were on the rise. Daily confirmed cases were up 43 percent over the past two weeks in the U.S., according to data compiled by Johns Hopkins University.

Every Election Day comes with problems as millions of people try to cast ballots simultaneously in 50 states. But experts were relieved they were relatively rare at a time when partisan battles over voting reached a fever pitch.

“We were bracing for the worst, and we’ve been pleasantly surprised,” said Kristen Clarke of the Lawyers Committee for Civil Rights.

Though the casting of ballots was relatively tranquil, legal storm clouds hang over the counting of those votes. Both parties had fought a massive battle in the courts trying to shape the contours of the election, and that seemed likely to continue beyond Tuesday.

President Donald Trump early Wednesday said he would take the election to the Supreme Court, although it was unclear what legal action he might pursue. The GOP has laid the groundwork for an effort to exclude ballots that arrive after polls close there Tuesday, something several other states permit. Trump has railed over several days about the high court’s pre-election refusal to rule out those ballots and said he’d go in “with lawyers.”

Trump has spent much of the campaign groundlessly trying to sow doubt about the accuracy of the vote count and casting doubt on mail balloting. It led to great voter stress — but fears didn’t materialize at the polls.

“A lot of people were fearful to come out and vote today, and for me I didn’t want fear to stop me from voting on Election Day,” said Sadiyyah Porter-Lowdry, 39, who cast her ballot at a church in Charlotte, North Carolina.

“No armed people, no protesters, no pickups with Trump flags like they’ve seen elsewhere. Our voters have been ‘Iowa Nice’ through-and-through, and they have been patient,” said Joel Miller, the commissioner of elections in Linn County, the state’s second largest, which includes Cedar Rapids.

In Pennsylvania, a judge in Democrat Joe Biden’s hometown of Scranton extended voting at two precincts inside an elementary school for 45 minutes beyond the normal 8 p.m. close of voting because machines had been down earlier in the day, said Lackawanna County spokesman Joe D’Arienzo. The last Las Vegas-area voters cast their ballots shortly after 9 p.m. Tuesday after a court order kept 30 polling places open later in Nevada’s largest county, where some polling places had been slow to open.

There also were a few other issues with voting technology. Electronic pollbooks from voting equipment vendor KnowInk failed in Ohio’s second-largest county and in a small Texas county, forcing voting delays as officials replaced them with paper pollbooks.

Those who did vote on Election Day included some who wanted to vote by mail but waited too long to request a ballot or didn’t receive their ballots in time. Election offices had to scramble to rejigger procedures to allow for a huge surge in mail voting as voters sought a way to avoid exposure to the coronavirus at the polls.

Kaal Ferguson, 26, planned to vote by mail but was concerned he hadn’t left enough time to send his ballot back. So he voted in person in Atlanta, despite worries he could be exposed to COVID-19 by fellow voters.

“Obviously everybody has their right to vote,” he said. “But it’s kind of scary knowing that there’s not a place just for them to vote if they’d had it, so you could easily be exposed.”

Despite warnings of clashes between Trump and Biden supporters, there were no wide-scale instances of voter intimidation. Indeed, in battleground Michigan, demonstrators from the opposing camps initially shouted at each other through bullhorns outside a suburban Detroit polling place, but ended up joining together to sing “God Bless America.”

“I would say it is blissfully uneventful,” Michigan Attorney General Dana Nessel told reporters. “We’ve had virtually no disturbances of any kind.”

There were reports, as there are every election, of efforts to discourage people from voting that surfaced in robocalls in a few states. The FBI was investigating. But there were no large-scale cyber attacks that upended voting.

Gen. Paul Nakasone, the commander of U.S. Cyber Command and director of the National Security Agency, said in a statement that he was “confident the actions we’ve taken against adversaries over the past several weeks and months have ensured they’re not going to interfere in our elections.”

Instead, voters were often pleasantly surprised. Anthony Medina, of Phoenix, who turned 18 four months ago, accompanied his cousin, who turned 18 on Election Day, to the polls Tuesday.

“I wanted to see how it was to vote in person because I’ve never voted,” Medina said. “It was kind of nerve-wracking because I didn’t know if they were gonna ask for more stuff than they did. But it went pretty good overall.”

Amber McReynolds, a former Denver clerk whose group, the National Vote at Home Institute, has helped local election offices step up their mail voting options during the pandemic, said the ability for more than half of all voters to cast ballots before Tuesday was clearly a significant factor in the quieter day.

She noted that the fairly smooth election operations came even as Congress wouldn’t give local officials an estimated $3.6 billion they needed to help transform their systems during the pandemic.

“Given the difficulty election officials faced with Congress not giving them enough money, with all the disinformation and political fights — yes, I think today was an astounding success on all fronts,” McReynolds said.

Cassidy reported from Atlanta and Riccardi from Denver. Associated Press reporters across the country contributed. 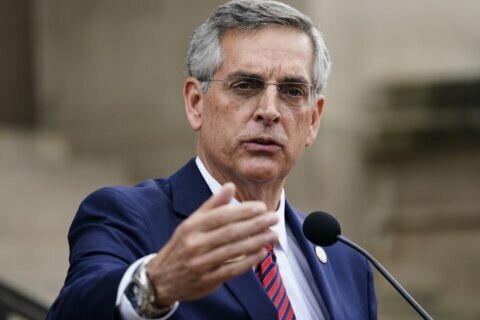 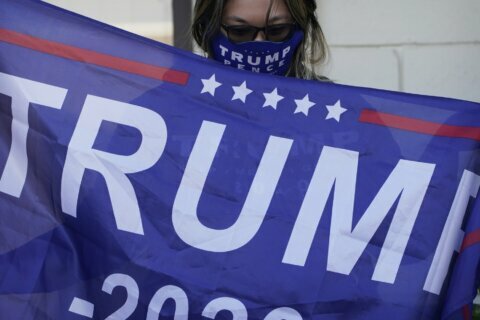 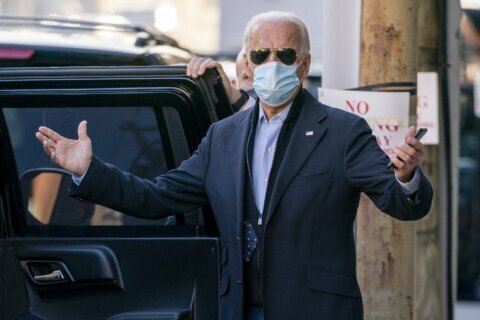