ALBUQUERQUE, N.M. (AP) — Federal law enforcement authorities are stepping up their vigilance of elections violations by establishing an FBI command post in Albuquerque and assigning a prosecutor to monitor complaints or threats.

The precautionary effort is unprecedented in recent memory and was announced in a joint news conference Monday attended by New Mexico Secretary of State Maggie Toulouse Oliver and officials from the FBI and U.S. Attorney’s office.

The command center will be supervised by FBI Special Agent in Charge Jim Langenberg and staffed 24 hours per day. It will be up and running by Election Day and in the succeeding days as votes are tallied.

The process of tallying ballots is likely to take more time than usual in November because of a massive surge in absentee balloting that is already underway in response to the coronavirus pandemic.

Langenberg said the announcement aims to instill confidence in the election process. Assistant U.S. Attorney Jeremy Peña will serve as a district election office to oversee civil rights complaints across the state.

The FBI said there has been no known foreign government attempt so far to tamper with U.S. election infrastructure despite misinformation being a problem.

Election regulators are bracing for the first U.S. election in over a century to be conducted during a pandemic, which kickstarted an increase in mail voting.

President Donald Trump has repeatedly railed against mail balloting, which he says without offering proof will lead to widespread voter fraud. For the first time in decades, both parties will be able to closely scrutinize who casts ballots due to a recent court ruling that wiped out tighter restrictions on poll monitoring.

Toulouse Oliver expressed appreciation that federal authorities are putting extra resources toward safeguarding the integrity of the election.

“New Mexicans should be extra vigilant about the election information they encounter, and rely on state and local election officials for trusted information about voting,” Oliver said in a statement.

Earlier in the day, President Donald Trump encouraged supporters to be unofficial poll watchers as part of an “army for Trump” in a tweet.

State secretary Oliver encouraged New Mexicans to contact county party leaders who select and train official poll watchers in response to questions about Trump’s rallying of unofficial poll watchers. She said it’s against state law to intimidate voters or to campaign within 100 feet of a polling place. Election monitors from both political parties may call on state police to enforce the laws.

Oct. 6 is the last day that New Mexicans can register to vote online, and marks the first day of absentee voting, including in-person absentee voting at county clerks’ offices around the state.

Voters can register at their county clerk’s office through Oct. 31 and vote in-person at early voting stations starting Oct. 17. Legislation has been passed to allow it in future elections, but voters cannot register and vote on election day this year. 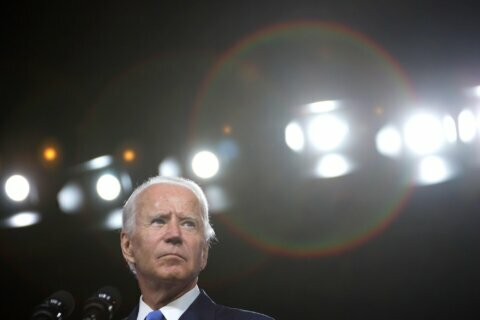 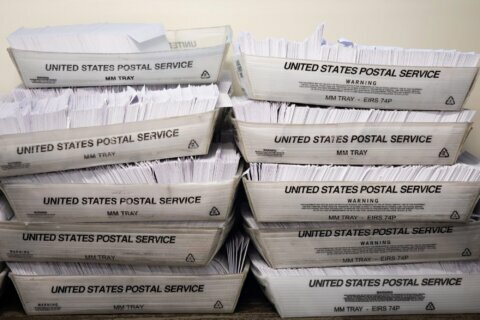 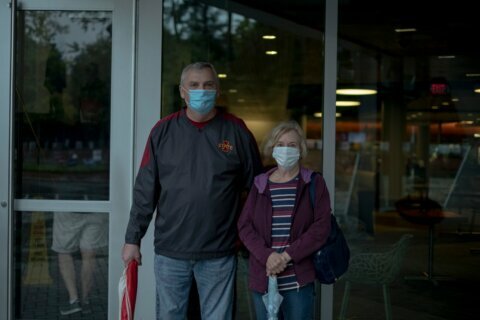