When a Republican running for Congress in the Chicago suburbs tweeted that her Democratic opponent's town hall events were invite-only, they debunked it.
Listen now to WTOP News WTOP.com | Alexa | Google Home | WTOP App | 103.5 FM

PROVIDENCE, R.I. (AP) — When a Republican running for Congress in the Chicago suburbs tweeted that her Democratic opponent’s town hall events were invite-only, they debunked it.

When Illinois’ Democratic governor said a pension change would save the state as much as $25 billion, they rated that mostly false, too.

The Better Government Association is part of a new wave of local journalism outlets trying to stem the flood of misinformation that has increasingly spread to the local level, from congressional races to campaigns for city hall and school boards.

“There is a proliferation of misinformation, capitalizing on the Trump strategy of repeating something until people believe it,” said David Kidwell, a former investigative reporter at The Chicago Tribune who now leads the association’s fact-checking efforts. “It’s always gone on, but people are more attuned to it now and hungry for this kind of journalism.”

Political misinformation is often considered a national and international challenge, in part because of the Russian-based trolls and bots that spread false claims and sow division in a bid to influence elections in the U.S. and abroad. But it’s increasingly a problem on Main Street, too, as local candidates and politicians adopt misinformation tactics and local news organizations shrink or shut down, leaving residents with fewer credible sources of information.

The fact checks published by the Better Government Association, for example, are the result of a collaboration between the Chicago Sun-Times and PolitiFact, the fact-checking organization owned by the non-profit Poynter Institute. PolitiFact has similar partnerships in 12 other states.

Those kinds of partnerships are more important than ever, with so many local news outlets drained and diminished by years of cutbacks. The ability to identify and call out misinformation on the local level will be put to the test in this year’s elections.

“It’s our job to discern between real and fake, and it’s only getting harder,” said Mike Mulcahy, the managing editor of Minnesota Public Radio, which launched a new anti-misinformation initiative in January. “How we handle this (misinformation) is a key question for our democracy, our culture, our nation.”

Dubbed “Disinformation 2020: Can you believe it? “, MPR’s online and on-air effort seeks to expose misinformation, examine how it spreads online, and help its audience members avoid it. Mulcahy said this year’s elections will be a major focus for the initiative, although not exclusively.

One of the first pieces published as part of the series detailed how social media rumors about hundreds or even thousands of Muslim refugees being resettled in one rural Minnesota county led it to ban refugees — even though there were no such plans.

While there’s been no shortage of reporting on foreign influence campaigns, misinformation at the local level hasn’t received as much attention. In part, that’s because there are fewer reporters to call out those responsible for misinformation.

Nearly 1,800 American newspapers have closed since 2004, and nearly two-thirds of all U.S. counties now have no local daily paper, according to research led by University of North Carolina journalism professor Penelope Muse Abernathy. Those that survive have fewer reporters and fewer stories: U.S. newsrooms have lost a quarter of their workforce since 2008, according to an analysis by Pew Research Center.

“Many people no longer have sources of credible information at the local and state level,” said Abernathy, a former executive at The New York Times and Wall Street Journal.

One of the nation’s largest owners of television stations, TEGNA, has announced plans to expand its fact-checking initiative, known as VERIFY. It’s also working with First Draft, an international non-profit that studies and fights misinformation, to train reporters in all 49 of its newsrooms on ways to spot and cover false information they see in their community.

Journalists can get better at covering misinformation even if their organizations lack a full-time fact-checking team, said Joy Mayer, founder and director of the Sarasota, Florida-based organization Trusting News, which works with news organizations to boost credibility and audience engagement.

She recommends that reporters learn the basics of covering online misinformation, such as how to run a reverse image search to catch Twitter impostors or how to avoid amplifying false claims simply by reporting on them.

“How do we avoid getting duped ourselves in a time of fewer resources?” she asked.

The decline of local news sources not only raises the risk that politicians and others can exaggerate or lie without consequences, but it also means that residents looking for information about their communities increasingly turn to local message boards and social media, where virality is often emphasized over accuracy.

The result can be a vicious feedback loop where the decline of journalism leads to more misinformation and greater distrust, some of it aimed at local reporters themselves.

Jo Goode, city hall reporter for The Herald News of Fall River in Massachusetts, has covered local news for two decades, so she knows to expect resistance — even vitriol or the threat of lawsuits when trying to hold politicians accountable.

But she didn’t expect that in 2018 someone would create an anonymous website, with her name as the address, featuring an endless loop of a video clip of President Donald Trump saying “You are fake news!”

“It’s gotten uglier,” Goode said when asked about the role misinformation and online harassment are playing in local politics. “We see what’s happening on the international stage, and it’s trickling down to local.”

The industry’s financial woes are trickling down, too: Goode’s paper already has downsized its staff and recently announced plans to sell its historic downtown office to trim costs.

Jasiel Correia, then the city’s mayor, later admitted creating the page as a way to get back at Goode, who had reported extensively on the mayor’s indictment on federal extortion charges. He goes on trial later this year.

Correia’s “fake news” site was primitive compared to the partisan websites popping up around the country that are designed to look like traditional news outlets. Residents looking for real news about their community can easily be fooled by the sites, which often write about contentious issues — taxes, immigration, crime — with a slant and with opinion pieces masquerading as news stories.

It can be hard to determine the individuals or the groups behind such sites or their motives.

Lansing State Journal Reporter Carol Thompson dug into dozens of such sites in Michigan and found that one company was behind several sites in her state, as well as in Illinois and Maryland. She called the company for an interview, but they never called back.

Thompson said she wrote the story thinking of her grandparents and others who she said might not be as skeptical as they should be about what they read online.

“They didn’t grow up with the internet but are active on social media. I think they have a harder time differentiating between what might be reliable and what might not be,” she said.

“I think it’s our calling as journalists — one of our many callings — to help explain the world,” she said. “If the world is changing, then we need to be looking out for that.” 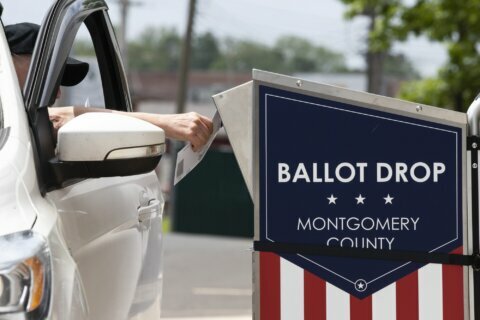 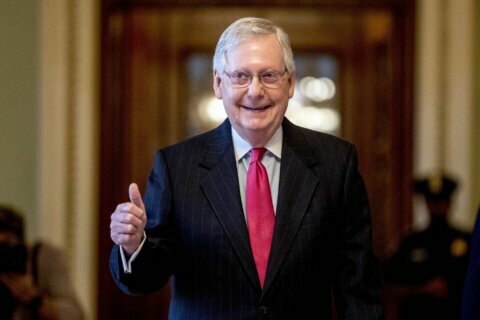