As more nurses leave their jobs in hospitals and health-care centers, foundations are pouring millions of dollars into efforts to ensure that more stay in the profession and get more out of the job than just the applause and pats on the back they got during the bleakest days of the pandemic.
Listen now to WTOP News WTOP.com | Alexa | Google Home | WTOP App | 103.5 FM

As more nurses leave their jobs in hospitals and health-care centers, foundations are pouring millions of dollars into efforts to ensure that more stay in the profession and get more out of the job than just the applause and pats on the back they got during the bleakest days of the pandemic.

Philanthropic pledges announced this year to help nurses and the nursing profession include:

— A $125 million donation in February from Leonard Lauder, heir to the Estee Lauder cosmetics fortune, to the University of Pennsylvania to create a tuition-free program that eventually will train 40 nurses a year. The gift is designed to extend for decades.

— United Health Foundation, which said in June it would devote $100 million to finance the training of 10,000 nursing and other clinical students who are people of color or have low incomes

— In June, the Robert Wood Johnson Foundation added $3.8 million to its Future of Nursing campaign, a 10-year effort run with AARP and the AARP Foundation that has made nearly $70 million in grants. The latest grant installment will focus on improving access to care and attracting people of diverse racial and ethnic backgrounds to the nursing work force.

— The American Nurses Foundation announced in May its $19 million commitment, which the nonprofit hopes can help make nurses’ lives easier and improve their ability to provide top-notch health care. Projects include programming robots to take care of some of the routine aspects of nursing and providing extra training to nurses before they are thrown into the pell-mell of the hospital floor or busy clinic.

That extra instruction could have helped nurses like Muroo Hamed, who worked grueling hours in difficult circumstances through the early stages of the pandemic. Fresh out of nursing school and on the COVID-19 ward at Advocate Lutheran General Hospital in Illinois, Hamed was struck with fear. The building was on lockdown, frustrated patients were isolated from their loved ones, and Hamed and her exhausted colleagues re-used their protective masks for days, worried that supplies would run out.

Afraid of infecting her family, Hamed slept in her parents’ basement between shifts for the first nine months of the pandemic. What kept her from quitting, she says, were the patients. Sitting beside patients who were barely hanging on, she realized that she was the last person who would hold their hand before they died. Providing the medical and emotional support they needed was a lot different than the exercises and simulations she had completed in school.

“It’s a real patient, a real human being with real emotions and feelings,” she says. “If I make a mistake, it can harm the patient, versus just getting a bad grade on a test.”

Hamed stuck with it and now monitors patients who have recently been in the intensive care unit. But many of her peers decided they had had enough.

More than 100,000 nurses, or 1.8% of the nationwide work force, left the field in 2021, according to an April study published in the journal Health Affairs.

The flight from the profession wasn’t a case of older nurses retiring, The bulk of nurses leaving were under age 35, and more are headed for the exit, according to a study from consulting firm McKinsey & Company, which found that 22% of frontline nurses planned to leave their positions in the next year — an increase from the 16% who said that in 2019.

To curb the loss of nurses, foundations have adopted a number of strategies. Some grants have gone to scholarships so nurses can graduate from school debt-free. Some provide specialized training so nurses can provide better care or land in decision-making positions at health providers. And other grants have provided mental health counseling and paid for time off and retreats so nurses don’t feel burned out.

While people have always thought highly of nurses, that appreciation has not always translated into the kind of support from philanthropy as other aspects of health care, including doctor training, medical research, and drug development. Philanthropy needs to step up with more grants or nurses will continue to flee the profession, and public health will suffer, nursing leaders say.

The recent flurry of nursing grants join other longer-standing foundation commitments to the profession. The Rita and Alex Hillman Foundation makes about $4 million in nursing grants each year, and the Gordon and Betty Moore Foundation in 2019 committed $38 million to a leadership-development program at the University of California at Davis’s nursing school.

In September 2021, the Duke Endowment put about $400,000 toward a program to reduce “nurse burnout,” which provided a wellness retreat and life coaching.

The mental health services provided by such grants could help, says Kate Judge, executive director of the American Nurses Foundation. But the burnout many nurses feel after two-plus years of COVID-19 won’t be cured by extra time off, she says, or by counseling.

“You can’t just help nurses become more resilient or help with their mental health,” she says. “You have to fix the system that persistently and constantly led them to be so exhausted.”

One of the fixes, according to Judge, is to ensure nurses like Hamed arrive on the job with a fair degree of certainty that they are in a specialty they like and that they have the skills to thrive. To help with that, one of the foundation’s grants in its new nursing program went to Chamberlain University to develop specialized training for nurses who treat surgical patients.

Karen Cox, Chamberlain’s president, hopes to start similar courses in post-acute care and home care. Over all about a third of nurses cycle out of their first post within a year, she says. Many still want to be nurses, but they may have found that they weren’t suited to that assignment. For hospital and clinic departments, the annual churn represents a lot of wasted staff time trying to get newly minted nurses up to speed.

The new training will help nursing students grasp what long-serving pros understand through years of practice, Cox says, like instinctively knowing which instruments are needed during a procedure, how to work with a team, and where to stand in surgery.

“When you’re in that room and somebody’s got their chest open, it’s pretty high stakes,” she says.

Even if philanthropy helps nursing schools better prepare people for the job and graduate with less tuition-related debt, many working nurses feel like they don’t have a say in how hospitals and clinics are run and how people receive health care, even though they are usually in closest contact with patients, says Donald Schwarz, who recently retired as senior vice president of programs at the Robert Wood Johnson Foundation.

Through its Future of Nursing campaign, Robert Wood Johnson, working with AARP and the AARP Foundation, has tried to improve the amount of state-level data collected on the supply and demand of nurses, has helped build coalitions in all 50 states and the District of Columbia and has successfully pushed for 10,000 nurses to sit on boards of health-care providers, businesses, and community organizations throughout the country.

While Schwarz credits the campaign with helping change laws in more than a dozen states that placed barriers for nurses and nurse practitioners to provide care, and for ensuring nurses received supplemental protective gear during the height of the pandemic, he says the campaign has not yet built a lasting grassroots constituency of bedside nurses throughout the United States.

Today, as the pandemic continues, “there is a remarkable sense of powerlessness,” among nurses, he says. 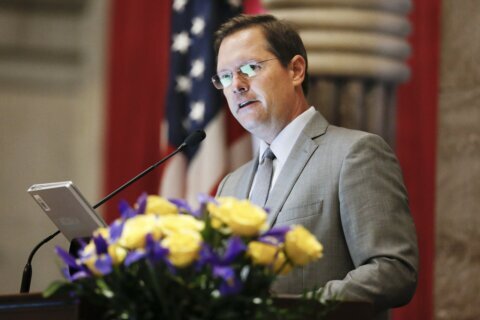