What It Takes to Get Accepted Into the Ivy League

Many students dream of attending one of the colleges in the elite Ivy League for their undergraduate education.
Listen now to WTOP News WTOP.com | Alexa | Google Home | WTOP App | 103.5 FM

Many students dream of attending one of the colleges in the elite Ivy League for their undergraduate education.

While getting accepted to one of the eight Ivy League schools in America — including No. 1-ranked Princeton University — has long been notoriously difficult, admission to top colleges overall has become increasingly challenging as more students apply.

The average acceptance rate among the seven Ivy League colleges that provided verified admissions data for fall 2021 was roughly 5.7%, U.S. News statistics reveal. The average acceptance rate across all other National Universities — schools that typically offer a full range of undergraduate majors, plus master’s and doctoral programs — was about 57.5% for the same time period.

With such intense competition, academic statistics such as GPAs and test scores are clearly important. But Ivy League schools use a holistic review process that considers both quantitative and qualitative factors. Recommendation letters, application essays and extracurricular activities are heavily emphasized in Ivy League admissions, and so is demographic diversity, experts say.

How to Improve Your Chances of Getting Into Ivy League Schools

There are many factors that Ivy League admissions officers consider when evaluating candidates, from GPA and course selection to extracurriculars. Here are a few tips from experts and an analysis of U.S. News data:

— Pay attention to the essays.

— Distinguish yourself from the crowd.

Applicants typically need to have high test scores and top-notch grades to land a spot at an Ivy League school.

Every Ivy League school except Columbia provided U.S. News with information about the average SAT and ACT scores among their 2021 college freshmen who reported those scores.

The average SAT evidence-based reading and writing score among freshmen at these schools was about 737, while the average math score was about 762, out of a total 800 for each part. The verbal section score lies at nearly the 98th percentile, meaning that these scores are about equal or superior to those achieved by 98% of SAT test-takers, while the math section score sits in the 96th percentile.

On the ACT, the average score was about 34 out of 36, which is in the 99th percentile, meaning that it meets or exceeds the performance of 99% of all ACT test-takers.

Among those same seven Ivy League universities, the average proportion of 2021 freshmen who graduated in the top 10% of their high school classes was 92%.

Pay attention to the essays.

Princeton graduate Kate Sonnenberg, who was an undergraduate application reader and an alumni interview coordinator for her alma mater, says an Ivy League hopeful can stand out positively by writing an eloquent application essay covering an intriguing topic.

“It makes you sort of fall in love with the kid,” says Sonnenberg, founder of KS College Success admissions consulting firm.

“Successful applicants are able to come up with reasons beyond just waxing poetic about how awesome that college is — something those schools already know, and see much too frequently in their applications,” she wrote in an email.

Distinguish yourself from the crowd.

An Ivy League applicant who has demonstrated excellence in an obscure academic discipline, possesses an unusual talent or wins a prestigious competition could have a big edge over his or her peers, experts say.

“Look for a hook,” Antonio Cruz, a mentor with the Ivy Scholars college consulting company, suggested in an email. “Look for something you have done or accomplished that sets you apart from the crowd.”

Alyssa Bowlby, host of the “Alyssa the College Expert” YouTube channel, says the competition for seats at Ivy League colleges is so intense that every candidate should complete each optional component of the application and capitalize on every opportunity to demonstrate interest.

Students who take a campus tour of an Ivy League college should write their name down in the visitor log book if one exists, Bowlby adds.

Other Factors in Ivy League Admissions

Dartmouth College provides a similar disclaimer on its website, explaining that elevated admissions rates for early applicants are partially explained by the fact that many early applicants are recruited Division 1 athletes “whose academic credentials have been reviewed in advance.” An aspiring student-athlete is generally more likely to be accepted into an Ivy League school than a nonathlete with similar or even slightly better academic credentials, according to some admissions experts. Each Ivy League college offers an early admissions program. Five of the eight Ivy League universities have binding early decision programs that require students who apply early to commit to attend if they are accepted. The other three — Princeton, Harvard University and Yale University — have nonbinding early action programs that permit students who are admitted early to apply to other colleges. However, all three of these programs are restrictive, meaning that early applicants to these schools must abide by certain limits in terms of how and where else they apply early.

Among the Ivy League schools, four provided U.S. News with information about their early decision acceptance rates, which were much higher than regular acceptance rates.

Because Ivy League admissions officers strive to recruit a class of students that is a microcosm of the U.S. and the world, candidates from remote regions, underrepresented ethnic backgrounds or low-income families often have a leg up in the selection process.

“Ivy schools want what they don’t already have,” Jed Macosko, president and academic director of the higher education website AcademicInfluence.com, wrote in an email. “After the pandemic, more than ever, we saw them highlighting the percentage of first-generation college students and underrepresented minority students. It’s clear that the Ivy League is able to recruit the best and brightest, and they are doing that among groups that have previously been overlooked.”

On the other hand, experts note that in order to maintain goodwill with alumni, an Ivy League college may routinely prefer applicants with family connections to the school over similarly qualified candidates who don’t have that legacy status.

In addition, because Ivy League schools strive to admit a gender-balanced class and try to ensure that no college major is entirely dominated by students of a single gender, a candidate’s gender could affect his or her admissions results — especially if the candidate shows interest in an area with a clear gender skew in one direction, according to experts.

Educational consultant Deena Maerowitz, a principal with The Bertram Group educational consulting firm, explains that although the “institutional priorities” of Ivy League schools influence their admissions decisions, it’s hard for outsiders to find out about those priorities. Demographic goals are a part of the decision-making process, but having a characteristic the school is looking for isn’t usually sufficient on its own to garner an acceptance letter, she says.

“Some parts of this are a little outside your control.”

Ivy League institutions are reach schools for nearly all college hopefuls, even those with top grades and standardized test scores, experts warn. Brilliant high school students may benefit from looking beyond these schools to less-selective colleges that align with their academic and career interests. There are also plenty of highly rated, very selective schools that aren’t in the Ivy League.

“There are so many good colleges that aren’t Ivies where students can get an excellent education and have very happy college years with the promise of a successful career,” Joan Mudge, an independent education consultant with the VJB & Associates consulting firm, wrote in an email. “To try to shape the high school years to what some might think is what the Ivies are seeking is not the way to go.”

Students interested in applying to Ivy League schools — all in the top 20 of the U.S. News National Universities rankings — can explore the chart below. It includes important statistics to help prepare for the admissions process.

*Columbia University did not submit the U.S. News main statistical survey for the 2022-2023 edition of U.S. News Best Colleges. Schools that do not respond to the survey are still included in the rankings if they are eligible to be ranked. In such cases, U.S. News obtains substitute data from reliable sources such as the U.S. Department of Education’s National Center for Education Statistics and College Scoreboard.

U.S. News surveyed more than 1,850 colleges and universities for the 2022 survey of undergraduate programs. Schools self-reported myriad data regarding their academic programs and the makeup of their student body, among other areas, making U.S. News’ data the most accurate and detailed collection of college facts and figures of its kind. The enrollment data above are correct as of Sept. 12, 2022.

4 Factors to Consider Before Applying to Ivy League Schools

11 College Costs Other Than Tuition and Housing

What It Takes to Get Accepted Into the Ivy League originally appeared on usnews.com 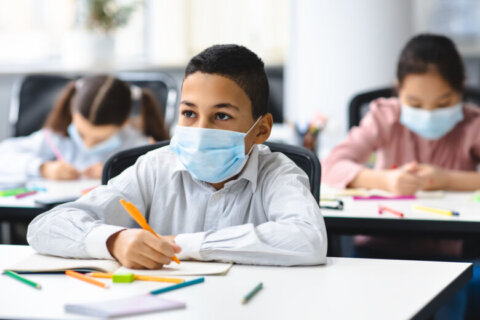