A judge has scuttled an effort by Eastern Michigan University to force striking faculty back to their classrooms.

Washtenaw County Circuit Court Judge Carol Kuhnke denied the school’s emergency request for a temporary restraining order. However, she did schedule a Sept. 16 hearing for the faculty union to show why a preliminary injunction should not be ordered.

Kuhnke wrote in an order dated Thursday that the court was not persuaded that the school would suffer “immediate and irreparable injury, loss, or damage” due to a delay in a final order being issued.

Several dozen faculty at the Ypsilanti school about 35 miles (56 kilometers) southwest of Detroit started picketing on Wednesday. The union represents more than 500 tenured and tenure-track faculty.

Hours after the strike started, Eastern Michigan filed its lawsuit to get striking faculty back to work.

Eastern Michigan’s chapter of the American Association of University Professors warned Tuesday of a strike, saying the administration was not bargaining in good faith on a new labor contract. The previous contract expired last month.

Full-time EMU faculty earned $101,300 on average in salary and health care benefits between 2021 and 2022, according to documents released by the administration Monday. Associate professors earned $85,600 and assistant professors made $74,000.

But a primary sticking point in the negotiations are proposed health care plans that the union says would saddle its members with thousands of dollars in additional costs, faculty union president and engineering professor Mohamed El-Sayed said Friday.

Eastern Michigan says the strike is illegal and is causing “significant and continuing injury to students.” It also denies the union’s claim of unfair labor practices during negotiations.

Classes were held Thursday. Some were led by faculty and instructors who are not part of the union, according to the school.

Teen sought in ambush outside school that killed 1, hurt 4 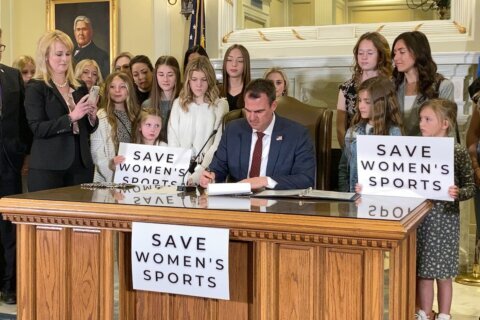