DES MOINES, Iowa (AP) — One of the 10 teenagers charged with murder in a drive-by shooting death of a 15-year-old boy outside a downtown Des Moines high school in March has entered a plea deal with prosecutors and a second is considering a plea.

Judge Scott Rosenberg ordered sentencing for May 30. The plea agreement says prosecutors have agreed to seek a sentence of up to 50 years in prison with all but 20 years suspended.

Buezo remains in jail awaiting sentencing. His attorney did not immediately respond to a message Friday.

A second teen, Kevin Martinez, 16, was scheduled to appear at a plea hearing on Friday. His attorney declined to comment, and details of the hearing were not immediately available through online Iowa court records. Court documents indicated, however, that he agreed to amended charges of two counts of intimidation with a weapon, felonies that carry up to 10 years in prison.

There were 10 juveniles riding in three moving vehicles and at least six guns from which more than 42 bullets were fired during the March 7 shooting, Des Moines police have said.

Eight of defendants were charged as adults with first-degree murder and other crimes while the remaining two were sent to juvenile court.

Jose Lopez, his sister, one of her female friends and two other youths were standing near a sidewalk outside of Des Moines East High School talking when two cars and a pickup truck sped by and the occupants released a hail of gunfire striking Lopez, his sister and her friend. Lopez, 15, died, and the two girls were seriously injured.

Those charged were between the ages of 14 and 18 at the time of the shooting. Those age 16 or older have been charged as adults under an Iowa law that automatically moves cases involving youth 16 or older charged with a forcible felony into adult court. Adults in Iowa face life in prison if convicted of first-degree murder. However, Iowa courts have said juveniles cannot be given life sentences without a chance for parole. Some of the defendants have sought to have a judge move their cases to juvenile court. But they have been denied.

Two others, aged 14 and 15 at the time of the shooting remain in juvenile court. Their convictions would likely keep them in state custody only until their 18th birthday if they are tried and found to be guilty as juveniles.

Gumaro Marquez-Jacobo, Braulio Hernandez-Salas and Kevin Martinez are scheduled to be tried on Oct. 17 in Des Moines. Martinez will not go to trial if he agrees to a plea deal.

A judge recently set the trial date for Romeo Perdomo for April 10.

A document filed by Assistant Polk County Attorney James Hathaway in July said prosecutors have chosen to split up defendants into separate trials “in order to reduce the complexity and logistical difficulties in this case.” 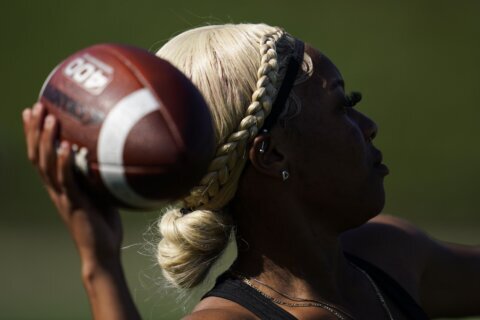