Ramos agreed to a multiyear contract and will start work on Sept. 1. The 55-year-old coached the Houston Dynamo in Major League Soccer for 2020 and ’21, led the U.S. at four consecutive Under-20 World Cups and was an assistant to Jürgen Klinsmann with the full national team at the 2014 World Cup.

Hartford is 11th in the 14-team Eastern Conference with five wins, 15 losses and five draws. After the 34-game regular season, the top seven teams in each of two conferences advance to the playoffs.

“It’s much better than me coming in in December and starting from scratch and looking into into next year,” Ramos said. “I’ll have that process of evaluation over the next roughly a month-and-a-half.”

Harry Watling had been Hartford’s coach since the start of the 2021 season but quit on June 26. One month later, he became set-piece coach of Queens Park Rangers in England’s second-tier League Championship.

Technical director Ray Reid will remain as interim coach for the rest of August.

“The main challenge is working with the mental aspect that players are sort of used to being in a situation on the table and that mentality has to slowly change,” Ramos said. “You want players who will get used to winning and sometimes that’s difficult when things haven’t gone your way for a while.”

Hired by Houston in October 2019, Ramos led the Dynamo to four wins, 10 losses and nine draws in the pandemic-shortened 2020 season. The Dynamo finished last in the Western Conference with six wins, 16 losses and 12 draws, and he was replaced by Paulo Nagamura.

“Having a little break was nice, but after three or four months, I started to get antsy,” Ramos said. “I feel like getting back on the field.” 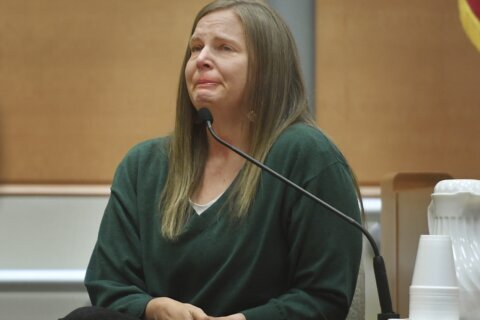