A former dean at a Boston high school known affectionately by students as “Rev” has been ordered by a federal judge to pay more than $10 million in damages to a former student he was convicted of trying to kill in a dispute over drug sales.
Listen now to WTOP News WTOP.com | Alexa | Google Home | WTOP App | 103.5 FM

BOSTON (AP) — A former dean at a Boston high school known affectionately by students as “Rev” has been ordered by a federal judge to pay more than $10 million in damages to a former student he was convicted of trying to kill in a dispute over drug sales.

Harrison was convicted in state court in 2018 of assault and other charges, and sentenced to up to 26 years in prison.

Harrison, who had a background as a community organizer and youth minister, was dean of academics, a job that required keeping order and mentoring students, according to testimony at trial.

But he was leading a double life, authorities said. He had ties to the violent Latin Kings gang, recruited students to sell drugs for him, and kept a gun at his apartment.

Harrison denied the charges, telling a Boston television station that he “never lived a double life.”

The victim, who had been recruited by Harrison to sell marijuana, was 17 when he was shot in the back of the head at point-blank range on a snowy Boston street in March 2015.

The bullet barely missed the victim’s brain stem and carotid artery, but shattered his jaw. He underwent two surgeries, had his jaw wired shut for nine months, remains paralyzed on half of his face, suffers from facial neuropathy, hearing loss, and requires weights on his eyelids to help with opening and shutting his eyes, according to court documents. He continues to experience pain from the bullet that remains lodged in his head and developed an addiction to opioids prescribed for the pain.

No attorney was listed for Harrison in the civil case filed by the victim in 2019.

It’s unclear whether the victim will ever get any money from Harrison.

“The judgment against Mr. Harrison as an individual will ensure that he is never able to profit from any endeavors when he is released from prison, including selling the rights to this story for publication,” the plaintiff’s attorney, John Martin said in an email Saturday.

The Boston Public Schools was also named as a defendant, but the judge dismissed claims against the system. That ruling is being appealed, Martin said.

“Boston Public Schools was absolutely dismissive of student safety and grossly negligent when it allowed a predator to have a position of trust and authority at that school after multiple incidents that should have resulted in his termination,” he wrote. 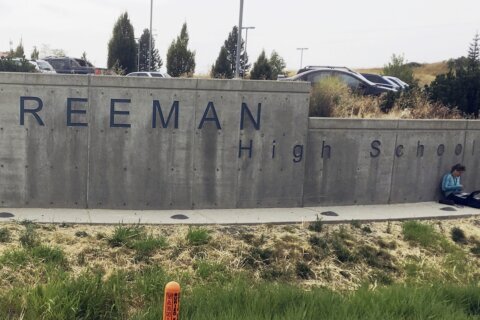