Both teams announced the free transfer Thursday for the 22-year-old Puig, a highly touted Spanish prospect who never solidified his place at the famed Catalan club.

Puig came up through Barcelona’s La Masia academy and made his first-team debut in 2018 amid comparisons to Lionel Messi and Andres Iniesta, but he has just two goals and three assists in 57 appearances for the club, including 15 starts.

Puig appeared in 18 games for Barcelona last season, and manager Xavi Hernandez left Puig home from the club’s recent U.S. tour, signaling that the speedy, undersized central midfielder wasn’t in his plans for the upcoming year.

The Galaxy announced the deal on the final day of the MLS transfer window. Puig will be paid with targeted allocated money, rather than becoming a designated player. Barcelona would get a percentage of a future move by Puig, and the club also has a right to repurchase him.

The Galaxy transferred French midfielder Rayan Raveloson to AJ Auxerre in France’s top league ahead of their move for Puig. Raveloson had eight goals and five assists in 48 games with the Galaxy after arriving in May 2021.

The five-time MLS champion Galaxy are in ninth place in the Western Conference at 9-10-3. They’ve been soundly outperformed by crosstown rival LAFC, which tops the overall league table at 15-4-3 after adding European stars Gareth Bale and Giorgio Chiellini during the summer. 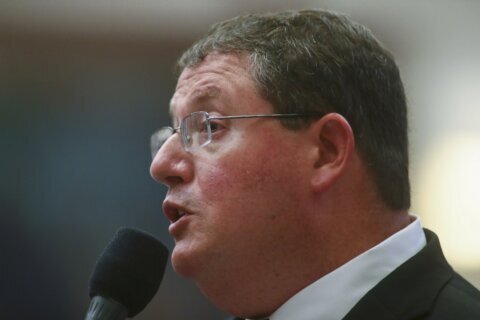